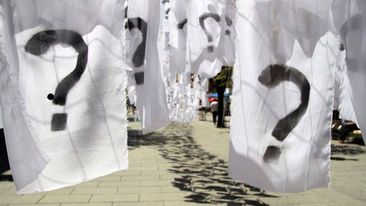 Family members of the missing persons and relevant associations are requesting that the legislation that regulates the issue of the missing persons from the war in 1998-1999 in Kosovo be changed, as they consider it discriminatory because it places them in an unequal position with the other war-related categories.

For more than two decades, the family of Agron Limani is going through the drama of searching for their father, uncle, and uncle’s son, who were murdered on 26 March 1999, noontime, along with other 104 people, all murdered is the massacre of Krusha e  Vogël. Then, their bodies went missing. Until now, only one brother, Luan, has been found, whereas the others are among 65 missing persons from this massacre.

Meanwhile, the pension scheme for the missing persons treats them as two rather than four missing. “My mother received for a short time her pension and one additional pension only for my father, not one for my brother, and she received this until 2017, when it was decided that a family must decide between own pension or that for missing persons, regardless of the number of missing persons,” says Limani.

He says this form of pension policies is discriminatory and shows lack of respect for this category. “The manner how a family with 3-4 missing persons is treated, is insulting. It is humiliating, especially for the women who lost their husbands and are now the breadwinners,” says Limani.

The issue of the missing persons from the war in 1998-1999 in Kosovo and of their family members is regulated with four laws. However, these laws not only do not regulate entirely their status, rights, and needs but a portion of the provisions contradict one another thus making their implementation in practice difficult.

Another element that family members and associations of the missing persons object to is the degree of percentage for two or more missing family members. “This is unequal treatment of them” says Limani.

In 2019, the Government of Kosovo adopted a concept document aiming to amend the laws that regulate the issue of the missing persons, the advance the mechanisms that uncover the fate of the missing, to resolve their status and that of their family members, and to preserve the items of the missing.

According to this document the plan is the amend within the first law: the Law on Missing Persons, the Law on the Status and Rights of Martyrs, Invalids, Veterans, Members of the Kosovo Liberation Army, Civilian Victims and Their Family Members, and the Law on State-Funded Pension Schemes.

To date, the Government has not made any steps to amending these laws.

Family members primarily complain about the provisions that regulate their economic-social aspect. “The fact that family members have to choose between the right to their individual pension and the family one, as a family of a missing person, is humiliating,” says Limani.

Bajram Qerkinaj, co-head of the Resource Center for the Missing Persons, an organization that brings together representatives of the families of the missing persons since the war of 1998-1999 in Kosovo, also considers that the pension scheme for the family members of this category of victims is discriminatory.

“There is a constant violation of human rights. There are people who have worked for more than 40 years and have paid their pension contribution while on the other hand, they have 2-3 missing family members and should decide which pension to receive,” says Qerkinaj.

For Qerkinaj, whose son is also missing, the pension for the families of the missing is not a pension but rather a “symbolic” acknowledging them as a category of victims. “There are cases when a family has one or more missing persons, and receive only one pension, which aggravates their pain,” he says.

While governmental initiatives to amend the laws that regulate the issue of the missing persons remain in shelves, the Ombudsperson has warned about a complaint against the Government for differentiation in the pension scheme.

This year, the Kosovo budget has allocated over €387 million or some 23.5% of the overall budget for the pension and social scheme for over 290 thousand beneficiaries, including the families of the missing persons. This list is increasing.