When Trauma and Violence Manifest in Places

„These are landscapes that have not healed with the passing of time, where the stakes of traumatic memory remain contested and the legacy of what happened there continues to impact in the present“

In the Western Balkans, following the violent conflicts of the 1990s and early 2000s, trauma and violence have inscribed themselves in a multitude of societal realms. Various Balkan.Perspectives editions have discussed the political, social, and cultural implications and the need to continuously and critically reflect on how the past conflicts have impacted the societies in the countries of former Yugoslavia.

The current Balkan.Perspectives edition seeks to add another notion to these discussions. The Balkan.Perspectives #17 “Violence Taking Place – Trauma and War in Architecture and Public Spaces” is a critical reflection on how trauma, war, and violence have shaped the immediate environment, the buildings and places we live in, thus establishing trauma as part of our everyday life, contributing to a glorification of violence and ethno-nationalistic discourses. The destruction of specific buildings and monuments, cultural heritage sites or public infrastructure was a strategy during the violent conflicts in the region. Researchers have coined terms such as “urbicide”, “warscapes”, “memoricide” or “warchitecture” to describe this phenomenon. These terms emphasize that cities were not only the physical sites of fighting, “but architecture and urban space have also been adapted as military weaponry” .

However, it would have been naïve to assume that with the end of the open conflicts, war architecture would disappear. The contributions in the current Balkan.Perspectives edition provide a collection of analysis on how these traumas are still shaping memorialization in public spaces, and entire silhouettes of our cities in the Western Balkans. Thus, we seek to draw attention to the importance of engaging in active discussions on dealing with the past and commemoration in public space. We emphasize the long-term historical contexts of conflicts and trauma in the region and how these traumas construct ideas of living together, memorialization practices in public spaces, and spatial policies.

The Balkan.Perspectives editorial team strongly believes that the discussion about conflicts needs more than one perspective, because history must always have at least two faces and include multi-perspective approaches. If it has only one side, then there is something wrong: either with the history or the truth. In this Balkan.Perspectives edition we want to add another witness to the discussion about dealing with the past: a critical reflection on how trauma and violence are inscribed in (public) space creation, architecture, and spatial construction in the post-conflict societies of the Western Balkans, and how in this context they hinder an open, evidence-based, and multi-perspective approach to the past of the region.

The contributions for Balkan.Perspectives #17 include the ones Arbër Sadiki on the socio-political factors shaping the silhouette of Kosovo’s cities after the war of 1998/1999. Ares Shporta from the Lumbardhi Foundation in Prizren takes us on a journey through the cinematographic history of Kosovo and its importance for grassroots movements reclaiming space and raises the importance of connecting these movements with topics of dealing with the past. Filip Koneski’s contribution in two parts reflect on urban history, the present and future of Skopje. Ena Kukić elaborates on the various memory layers of the Vraca Memory Complex in Sarajevo, while Nermina Trbonja reflects on the mass erection of nationalistic and revisionist monuments in Bosnia and Hercegovina. Irina Subotić writes on the urban development plan and status quo of Belgrade and how this related to the current political situation in Serbia. Dr. Olga Manojlović Pintar confronts us with the “Four Theses on the Architecture of Trauma” in the Serbian and regional context.

The Balkan.Perspectives editorial team highly appreciated the positive and constructive feedback on our first Balkan.Perspectives Podcast episode and we are happy to present in this Balkan.Perspectives edition complementary perspectives and opinions around dealing with the past, architecture, and public space. Please visit the website www.dwp-balkan.org for further information and to listen to the current podcasts. We would like to thank all our partners, the production team behind and in front of the microphones and our guests of the podcasts. In Bosnia and Hercegovina, we thank the media platform Naratorium, Đorđe Krajišnik and Armina Pilav, Damir Ugljen team from Un-war space project  and Nedžad Novalić from Centre for nonviolent action. In Kosovo we thank the TILLT Radio team, Bekim Ramku from the Kosovo Architecture Festival and Serbeze Haxhiaj. In North Macedonia we thank Radio MOF and Filip Koneski. In Serbia we thank the radio show Ženergija on Radio Aparat and its author Zoe Gudović and Iva Čukić, Senka Domanović, and Olja Nikolić Kia.
In the name of the Balkan.Perspectives editorial team I wish you an interesting read and enjoyable listening.
Alexander Vojvoda
Editor in Chief

Mirijana Ristić (2018): Architecture, Urban Space and War – The Destruction and Reconstruction of Sarajevo 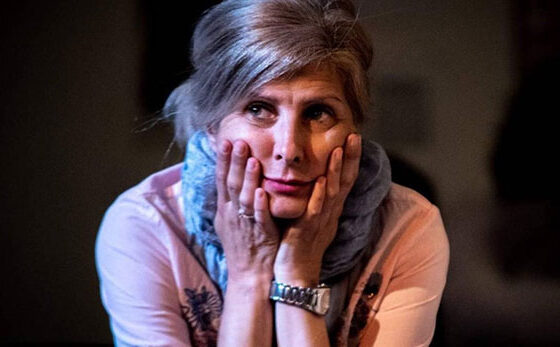 Four Theses on the Architecture of Trauma

1.Architecture and/or Revolution? The search for answers to this complex question laid the foundations of modern architecture. As one of the great dilemmas of the 20th century, it pondered lucid ideas on the social role of architecture and its fundamental […] 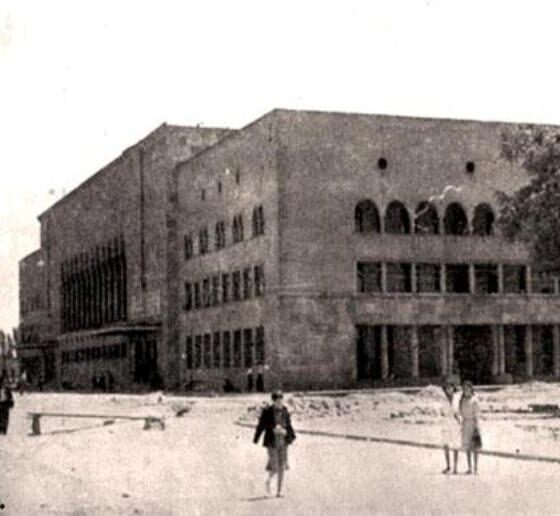 Urbanism without any respect for the past / Skopje

Over the centuries, Skopje has been an important cultural and historical center in its geographical environment. Its growth and significance continued unabated until its zenith, when the city was razed to the ground by Austrian General Piccolomini in 1689, derailing […] 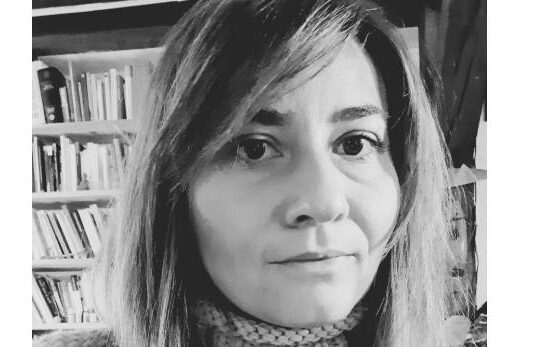 Memorialization of the Present

The description of fascism by Benedetto Croce as a “contemporary moral illness” can serve as a starting point for reflecting on the phenomenon of the mass erection of revisionist, negationist, and clerical-fascist monuments all over Bosnia and Herzegovina. These monuments […]

Urbanism without any respect for the past / Skopje – second part

After saying “Goodbye” and the dramatic finish in the first part, it is difficult to conclude that that is all we can say about the urbanism that does not respect the past in the Macedonian capital, Skopje. The story of […] 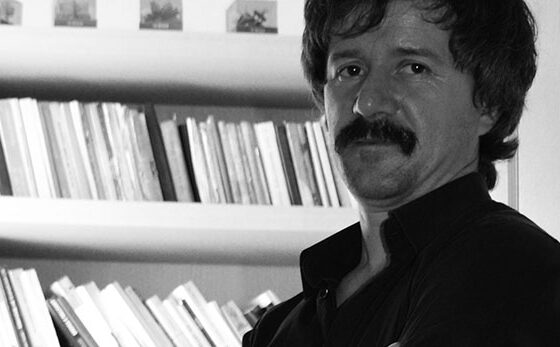 The Architorture of the Last Two Decades

In 2014 I wrote a text on the Venice Biennale focusing on reading the historic strata of Kosovo’s cities how multiple layers created as a complex result of historic, social circumstances and even of political systems. It was not hard […] 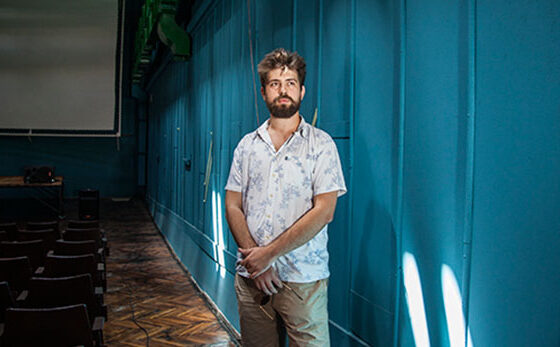 Kosovo Cinemas in Context: a reportage

My reflection on the relation between Kosovo cinemas, public spaces, community engagement, and dealing with the past is based on my ongoing experience with the process of reviving a former cinema and building a contemporary cultural institution engaged in experimental […] 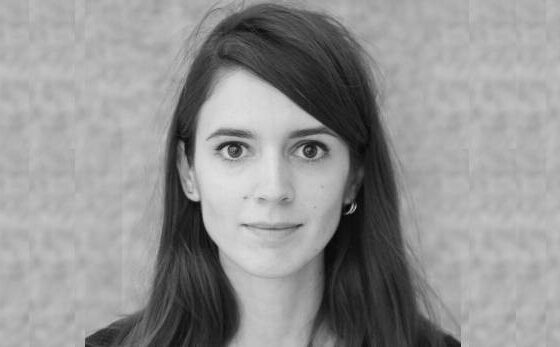 In the heart of Sarajevo there is a valuable artifact of collective memory, a public space which does not simply have a past, but a history: the Vraca Memorial Complex. It consists of a memorial park from the Yugoslav era […] 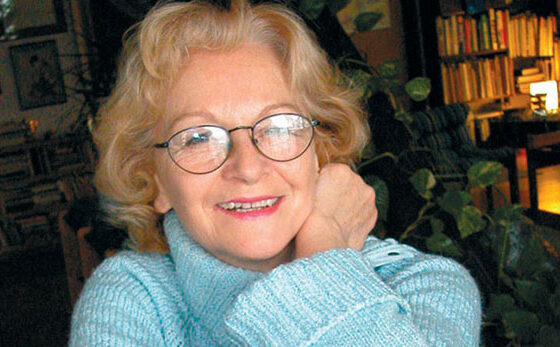 The Destruction of Normal Life Will Not Succeed!

In an attempt to define the traits of this elusive Spring 2021 – with the slow departure of COVID-19 (will it be for good?) – we feel a stable, decisive, albeit not quite turbulent enough, gathering of people across Serbia […]