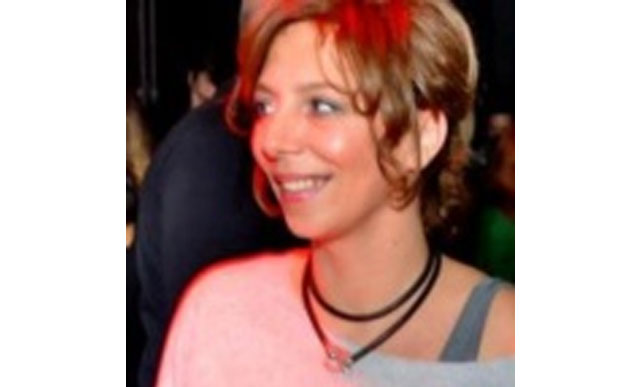 An average nationalist is no longer a toothless, bearded prototype from the beginning of the 90s. His profile ”evolved” from its 20-something-year old caricature. A nationalist from Banja Luka – the ”upgraded version” is 30-something years old, can barely remember the war, but was raised in the spirit of nationalism at home and was primarily instilled ”the feeling of being threatened” by other peoples. Should you appeal to his common sense, he will respond with the platitude ”and what did they do to us”.

Twenty-two years after the end of war, Bosnia and Herzegovina is characterised by a burdensome, fragile peace. Should you visit Banja Luka for a few days, it might seem quite tame. The iconography of the nineties is not explicit – it is mostly reserved for football supporters, some weddings, patron saint’s days and comments in the social media. The basic determinant of nationalism here is its evolution in a single form, which may seem less obvious at first, but is nevertheless mainstream. Nationalism has become the implied system of values, permeating education, economy, the media, culture, etc. Its presence is not jarring for an accidental visitor to the largest city of Republika Srpska, because he or she sees the ”made-over” reality reserved for the first, superficial impressions.

Such a picture remains for a brief time, because nationalism is the bloodstream of this area. Without it, the vamped-up reality would crumble into pieces, revealing poverty, ruined economy, destroyed culture. Without it, persons living here would also have to face the unpleasant truth about the past war, which has been sweet-called a ”defence and patriotic” war for decades. The government structures in Republika Srpska, which have been maintaining themselves for decades based on the nationalist matrix, know this well. This is why they leave Serb nationalist propaganda mostly for pre-election gatherings, while they perfidiously and systematically pump the bloodstream of nationalism from year to year. In post-war Banja Luka, the authorities were of the opinion that it was not hygienic for names of neighbourhoods and streets to evoke memories of anything that has a non-Serb prefix. After having expulsed their fellow citizens, they also banned everything reminding of them. One of the first changes that Banja Luka suffered after the ethnic cleansing, was the ”cleansing” of addresses: Tito’s street became the street of King Petar I Karađorđević, the street of Antun Gustav Matoš became Ravnogorska. National heroes were replaced by outlaws and Serb epic defeated all lyrics of Banja Luka’s alleys.

The rehabilitation of chetniks and the grotesque interpretation of their role is only one in a series of historical forgeries that were resorted to in order to lay the foundations for the prevailing nationalist narrative. Such a history, in the service of the present, participated in reshaping of the overall system of values. The political scene is homogeneous in terms of ideology – not even the opposition renounces nationalism, since they are aware that it would mean renouncing the electorate and an election debacle. And it is specifically the electorate that constitutes the very essence of the story about the survival of nationalism.  An average nationalist is no longer a toothless, bearded prototype from the beginning of the 90s. His profile ”evolved” from its 20-something-year old caricature. A nationalist from Banja Luka – the ”upgraded version” is 30-something years old, can barely remember the war, but was raised in the spirit of nationalism at home and was primarily instilled ”the feeling of being threatened” by other peoples. He is well-groomed, seemingly civilised and packaged into somewhat better manners. His nationalism is, specifically due to such packaging, even more hypocritical. A local representative of ”genetically modified nationalism” will proudly emphasize that he ”has Croat and Bosniak friends”, as if this put him in a special category of altruists, which, given its broadness, should not be skimped with compliments. He will gladly speak about Slovenians that visit Banja Luka during New Year holidays, but should you mention Sarajevans, it will be as if you were pulling out his teeth. He will watch with unease while the leader of SNSD and President of Republika Srpska is singing in a tent with Baja Mali Knindža, but he will gladly abandon himself to the chauvinist embrace of the President, as soon as Bosnia and Herzegovina is mentioned. Should you appeal to his common sense, he will respond with the platitude ”and what did they do to us”. This hybrid of war and post-war ideological engineering has renounced critical consideration of reality, if he ever even tried to do so. For him, a lie that has been repeated hundreds of times became the truth. He accepts populism and monotonous, long-term ideological juggling with one’s own faith, lulling himself in the conformism of the majority. One of the most grotesque examples of this is the mass response to the referendum about the Day of Republika Srpska, in the autumn of last year. In an atmosphere full of ”patriotic” charge, it was almost dangerous to say that one was not going to vote on the referendum. It was futile to even try to explain that it is just a populist play ahead of the local elections, because the Day of Republika Srpska, or the ”Republika Srpska Patron Saint’s Day” was presented and understood as crucial for the survival of the people. However, they were unable to explain in what specific way. Especially not after the Day of Republika Srpska eventually lost those characteristics that the supporters of the referendum advocated – the characteristics of a religious holiday (in spite of the enormous support to the referendum). They have not even understood the situation when SNSD secured a clear victory during the local elections thanks to the very same referendum. The vacuum on which today’s Banja Luka is based therefore does not leave much space for optimism. A society that has chosen to believe nationalists, instead of their own eyes, is paying the price of the populist embrace through economy, education, common sense and future of their children. They keep the conflict frozen, until the fires of some new referendums will melt it, as a mortgage that might be repaid by children raised based on the ”defence and patriotic” matrix.

Maja Bjelajac has been working as a journalist over more than 20 years. She was a reporter of Radio Free Europe for eight years, she wrote for the Institute for War and Peace Reporting, as well as for numerous media in Bosnia and Herzegovina. Today, she engages in journalism more out of pleasure and hobby, which is makes much more fun, as she says. She lives and works in Banja Luka.