Home Contact About
Home The Looming Problem of Cultural Vetoes 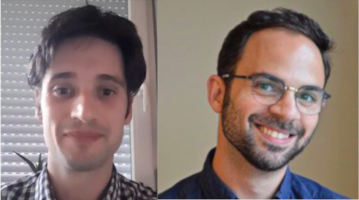 The Looming Problem of Cultural Vetoes

As the recent protests in North Macedonia show, cultural issues can be as divisive and disruptive as political issues. In the case of North Macedonia and Bulgaria, old political disputes over territory are virtually non-existent in mainstream discourse, both countries recognize each other’s borders and no modern Bulgarian political parties or organizations seek the incorporation of North Macedonia into the Bulgarian state, as many 19th Century and early 20th Century Bulgarian groups did. The two countries signed a friendship treaty in 2017 in order to improve their relations.

Nevertheless, Bulgaria is holding up North Macedonia’s progress towards membership of the European Union. Bulgaria vetoed North Macedonia’s EU accession talks in November 2020 and upheld it again in May 2021. The reasons for the Bulgarian veto are rooted in disputes over culture and history. They include the use of the term ‘Macedonian language’, the disputed existence of a Macedonia minority in Bulgaria, and conflicting interpretations of the country’s histories, including the ethnic affiliation of the Ottoman era revolutionary Goce Delčev. In turn, the veto has caused internal turmoil in North Macedonia, with protests taking place and the main opposition party claiming that the government is planning to cave in to Bulgarian demands.

What lessons can Kosovo draw from this? With the EU-facilitated dialogue process with Serbia having just restarted in June, it is important to not lose sight of the fact the practical and political issues contained in those negotiations are not the sum of relations with Serbia. If Serbia ever recognizes Kosovo, good neighbourly relations will be important to Kosovo’s success as independent state. These relations will depend on whole range of social, economic and cultural issues. Political recognition by Serbia will not mean that all disputes have been resolved. Nor will it leave Serbia without the power to hold up Kosovo’s membership bids for international organizations.

Furthermore, the potential cultural grievances that the Serbian government could utilize against Kosovo’s institutions, whether legitimate or not, are numerous. They range from the treatment of Serbian Orthodox monasteries to the use of the Serbian language in Kosovo, to the content of history textbooks. Any one of these could provoke an obstacle similar to that currently being experienced by North Macedonia.

The Serbian government has already shown its willingness to weaponise cultural issues in its opposition to Kosovo’s UNESCO membership bid in 2016. Serbia’s campaign focused heavily on Serbian cultural heritage in Kosovo and the destruction caused in the 2004 anti-Serb riots. Neither of these issues will be removed via political recognition of Kosovo as a state. Kosovo’s progress towards the EU could be hindered by on-going bilateral cultural disputes just like in North Macedonia’s case. Admittedly the situations are different as Bulgaria is already an EU member and so has veto power over North Macedonia’s membership, but what the dispute between North Macedonia and Bulgaria shows is that recognition does not mean the end of all disputes, especially more deep-rooted ones like those relating to culture. It is not inconceivable that Serbia could again campaign against Kosovo’s UNESCO membership, even if it has recognised Kosovo.

The only way to avoid culture-related disputes rearing their heads later is to try and deal with them now. This is not easy. Currently, the Serbian government is unlikely to be a willing partner or open discussions of these issues. Attempts at bilateral agreements on such topics have often been difficult; Bulgaria and North Macedonia’s joint commission on history textbooks is currently deadlocked. Civil society organizations have also found it difficult to navigate these cultural issues. The Thessaloniki-based Center for Democracy and Reconciliation attempted to create joint Balkan history textbooks to supplement national curriculums and provide different perspectives. However, these textbooks were criticized in Kosovo for relativizing the violence during 1990s.

In spite of these problems, attempts should be made either to work with Serbia to solve the disputes, or if that is impossible, to prepare adequate rebuttals to Serbia’s likely lines of attack on cultural fronts. Kosovo could build on existing cultural activities that can contribute to better relations with Serbia. These include cultural events or otherwise that are nuanced and inclusive. For example, the ‘Once Upon a Time and Never Again’ exhibition organised by the Humanitarian Law Center Kosovo became a space where engaged various communities of Kosovo came together and presented their stories.

Kosovo’s government should be prepared to publicly support and embrace such actions, the fact that the current Serbian government is unlikely to do the same makes backing on Kosovo’s side even more important. It would demonstrate that Kosovo is serious about contributing to better relations with Serbia and would help to demonstrate Kosovo’s progress in its path towards the EU. Indeed, the EU and other organisations involved locally who are concerned with promoting good relations with Serbia, must be ready to support such initiatives. In the end, a more inclusive and nuanced reflection on history will benefit both societies as well as also their relations to each other, Serbia’s attitude to such efforts are unlikely to be cooperative, but that does not mean that Kosovo should avoid taking the first step.

George Kyris is lecturer at the University of Birmingham, UK.