Home Contact About
Home This is my home, why don’t I live here? 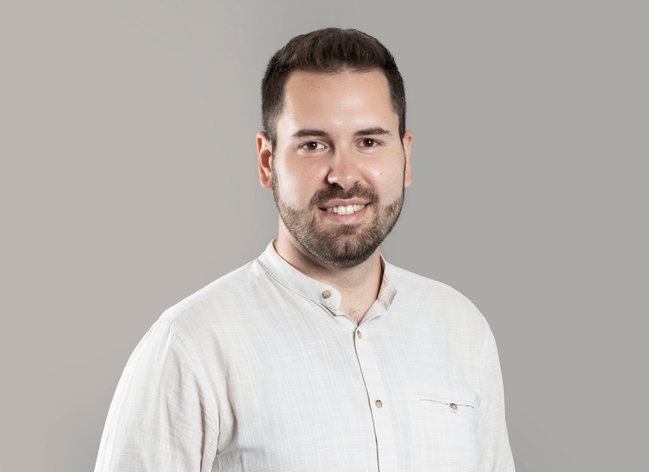 This is my home, why don’t I live here?

Republic of Bosnia and Herzegovina. ID of a displaced person. Personal identification number of the displaced person: 10367012889. Last name and name: Kanlić Edo. That is me.

Given the fact that we live in peace, it seems inappropriate and too mild to call persons that were expelled from their homes ‘displaced persons’. A document found recently places me in this specific category. Well, I was not actually personally expelled. My mother was heavily pregnant with me when she fled the family home, a month before she gave birth. My parents fled on April 16, 1994, a day before the entry of the Army of Republika Srpska in Kopači near Goražde. The house thus became part of the other entity without ever being moved.

Over the first nine years of my life, I literally defended my title of a displaced person without much effort. Up to that moment, I had moved almost yearly, I had changed six different addresses in the city. I would meet the kids from a neighbourhood, get close, get accepted, and it was already time to pack – time for a new address and some new people. Whenever we went to Sarajevo – back then when there were still SFOR forces that secured the traffic – my parents would show me the house when exiting Goražde. They would say that it was ours, but back then I never understood why we did not live in it, if that was true.

Instead of living in our house, we lived in the attic of a building that was constructed for displaced persons. All of us, my mother, father, sister, grandmother, grandfather, uncle and I. The four of us in the largest room. Although it was located in the street of Marshal Tito, the building in which we lived did not deserve being associated with the title marshal. During the summer, it was a sauna, during rainy days it was like Niagara Falls, the roof was leaking everywhere. Back then, I felt like a character from the famous TV series Viza za budućnost [1]. I learned fast that I needed to inform the older household members immediately, if I saw the police going to our apartment (our?!). I did not know what an eviction meant, but I did know that it was nothing positive. The problem, among other things, were we, my immediate family and I. My grandfather and grandmother had a temporary permit to stay at the municipal apartment, given the fact that they were immediate family members of a fallen soldier, but according to the interpretation of public servants, that did not include the four of us. Back then, we separated, but the nightmare of eviction remained hanging over the heads of my grandfather and grandmother.

And then Mišo entered my childhood. A mythical creature that lived in the house they said was ours, but in which we could not live. Because of him, as it turned out. Mišo was a Serb from Goražde who occupied our house after his house in Površnica had burned down. My grandfather said that he knew him from the time of peace[2]. I heard about Mišo during the ‘golden age’ of the international community and the enthusiasm that was present in the post-war country. Annex 7 of the Dayton Peace Agreement providing that everyone should go back to their own property, you already know the story. It seemed good on paper, but there were problems in practice on a daily basis. Public institutions left it up to the population to agree on the return, probably because they were busy with evictions. My family thus decided to negotiate with Mišo. My grandfather and father met him at a bar, trying to find a solution. Mišo waited for the renovation of his house with equal zeal as we waited for the restitution of ours. He intended to stay in our house until the reconstruction of his house, and we could not rely on the assistance of institutions of Republika Srpska. Bar negotiations continued in Kopači, which back then was called Srpsko Goražde [3].

The most impressive event for my family in this process was the visit to our house that was occupied by someone else back then. Someone who was a member of an army and supporter of politics due to which they were expelled. This visit was a chance for my grandmother and grandfather to take some important items and memories that reminded them of their old life and their son who was killed in the war. School diplomas, childhood photos, a collection of pins and several fruit knives. I do not know why my most vivid memories are those involving these knives. I was convinced that apples cut with these knives tasted differently. We were lucky, if you can call it luck, that Mišo kept some of our things. It was a rare case, compared to what our cousins and neighbours found in their houses that they were forced to flee from. Or what they did not find. One of the greatest surprises among the things we found untouched was the garage door with a large inscription ‘HAJDUK’. The door became even more important, given the fact that all other inscriptions that reminded of people that used to live there had been removed.

The negotiations would probably have lasted for quite some time, had Mišo not died. The state of the house and also information we received from acquaintances pointed to an unhealthy lifestyle of a man who had been abandoned by his family. His death had therefore been no surprise for anyone. It was the first death in my childhood that made me feel relieved. I still do not know what to think about it. From today’s perspective, the whole story regarding the house and restitution seems abnormal to me. It is devastating that the thoughts of any child focus on such complex topics that not even the state was able to solve. The role of my parents was therefore crucial for my somewhat healthy upbringing. If I analyse it from a time distance of twenty years, I realise I fulfilled all the criteria to become an ultra-nationalist. The war, casualties, persecution, siege, isolation and a total destruction of the city and people. Thanks to my mother and father, I did not grow up in an environment poisoned by hatred. I am thankful for this.

I frequently retold these memories to my acquaintances and friends as an important element of my upbringing. It would be wrong to reduce facing the past to a story about specific war events that caused a trauma. Such an approach would neglect an important aspect of peaceful reintegration and individual confrontation with everything that such a lengthy process brings. Numerous displacements, evictions, arrogant public servants at municipalities, the house in which I could not live and Mišo are my past that I am still processing. The past has marked my growing up and has had a permanent impact on the personality I have become. Neglecting that part of the past would mean neglecting part of my identities. Being a displaced person is one of them. The fact that we do not remember the war does not mean that we cannot or should not talk about it. Generations born during the war and immediately after it must have the space for their own reflexion and right to remembrance.

Edo Kanlić was born in Goražde in 1994. He holds an MA degree in human rights and democracy and is an activist and antifascist.

[1] A Bosnian and Herzegovinian TV show that was shown in the period 2002-2008. A Bosniak family, whose apartment was destroyed in the war, enters the apartment of a Serb family that went abroad. The Serb family returns to Sarajevo and wishes to go back to their apartment, but the Bosniak family refuses to leave the apartment before the renovation of their own apartment. The youngest family member several times opens the door for police officers who are presenting an eviction order.

[3] This name of the municipality was declared unconstitutional in 2004 and a new name – Novo Goražde, was adopted in 2005.