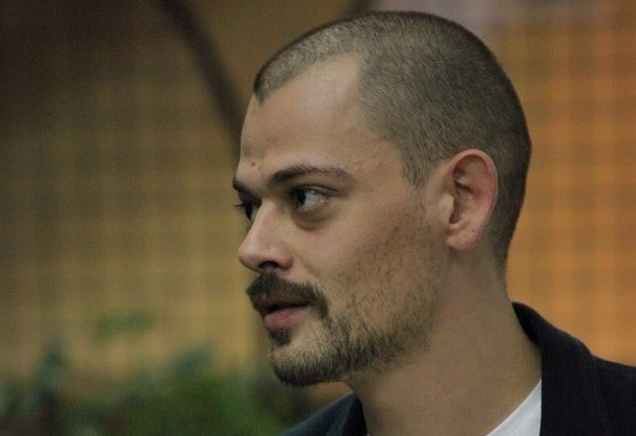 What Expulsion of Croats?

What expulsion of Croatian citizens? In Vojvodina? Not a chance.

This year on May 6 it will be 29 years since the speech given in Hrtkovci by Vojislav Šešelj, the president of the Serbian Radical Party. Almost three decades since adding fuel to the flames which were already engulfing the houses of our neighbors. The results of those actions of the Serbian Radical Party, which were unofficially supported by the Serbian government, is one (already served) ten-year sentence by the International Criminal Tribunal for the former Yugoslavia, Srem without Croats and almost nobody who cares.

This part of our mutual dark history will remain swept under the rug just like many others which we didn’t know how to deal with (and honestly, we didn’t want to). Why? Because we are ashamed. We are ashamed of our own inaction. We feel shame when we remember that the lives of our neighbor’s children were threatened unless they leave, we feel ashamed because of the hand grenades in the front yards next to ours. We are unsettled because we knew and did nothing. It is difficult for us to hear about it even once a year.

My Serbian brothers and sisters, if Tuđman expelled more than two hundred thousand Serbs, some of them will return to the area of Serbian Krajina, but a part of them won’t be able to stay there. We have to give those Serbs a roof over their heads and we have to feed their hungry mouths. We have no money to build new houses and apartment buildings. We do not have the ability to create new jobs for them. Well then, since we don’t have that ability, we should then give every Serbian refugee family an address of a Croatian family. The police will give it to them, the police will do what those in power decide, and we will soon be in power. Just like that, all refugee Serbian families will arrive at Serbian houses and give their addressed in Zagreb and other places in Croatia to the Croats they find there. Yes, they will. There will be enough buses, we’ll drive them to the border of the Serbian lands and from there they can continue on foot or they can leave on their own.

Vojislav Šešelj said this in Hrtkovci – a village which not long after his visit changed its name to Srbislavci and kept that name for several weeks. There were Šešelj’s and Arkan’s men in other places in Srem and the police didn’t much care about the presence of these para-military formations. The houses in Kukujevci, Nikinci, Morović, Sot, Višnjićevo, Slankamen, Ruma, Beška, Petrovaradin, Jamena were slowly being emptied. Nobody talks about the disappearance of the Abjanović brothers. They went missing in 1991 and were never found. They were our neighbors. We also don’t know anything about the fact that the bodies of Franjo, Ana and Joza Matijević were exhumed in the village of Mohovo, some 35 kilometers from their house. They were our neighbors. We barely heard anything about Marija Purić who was stabbed to death. She was our neighbor.

* A cross with a crucifix three meters high was erected at the entrance to Hrtkovci after the floods that hit the region in 2014. The plaque reads that it was placed there by the "faithful people of the Srbislavačka parish in Hrtkovci."

The political elites who inspired the above-mentioned events have never changed, on the contrary, they are still here and they are aware that the truth and memory are growing easier to beat. Over the past decades, the attitude towards the memory of the expulsion of Croats from Vojvodina has changed, as well as the attitude towards the memory of many other events towards which we ought to build a clear attitude and accept responsibility for them. From denial, relativization based on the romanticized theory of exchanging houses (suggested by Vojislav Šešelj), to the utter disregard for any other victims accept our own.

Even though the use of war wounds is the favorite playing field among many politicians in the region, the Serbian Progressive Party has gone a step further in this past decade by seriously inappropriately turning state commemorations of Serb suffering in Croatia, Bosnia and Herzegovina and Kosovo into show business. On the other hand, the responsibility of Serbia for crimes committed in the territories of these states and in its own territory is never a topic. The government, born from the Serbian Radical Party itself, is aware of the serious benefits of having Vojislav Šešelja in the public sphere, so he can be heard on almost every TV channel discussing every topic. Perhaps even more often than when he used the Assembly of the Republic of Serbia as a stage for his performance. Almost all media gladly follow this pre-determined rhythm, led by our right to know everything and the intoxicating possibility of not having an explanation for anything.

If you follow the program of Radio Television of Vojvodina today, all you will know about Srebrenica is that an assassination attempt was made on Aleksandar Vučić there, all you will know about a mass grave discovered recently in Raška is that the nationalities of the victims found there is unknown, and that the expulsion of Croats was a spontaneous exchange of houses with some other people. Maja Gojković, one of the reviewers of Vojislav Šešelj’s book "The Devil’s Apprentice – the Criminal Pope John Paul II", in which the above-mentioned speech from Hrtkovci is quoted, is currently in charge of culture and informing the citizens of Serbia. The circle is complete.

* Less than a week ago, Easter was celebrated according to the Julian calendar. A group of men marched through Borovo Selo singing "Oh, Croatia, mother, we will slaughter Serbs"

Just as it would be curative for societies in the region to face their wartime past, it might be curative for us, human rights activists, to face the "constant present" in which decisions are made by those who once called for atrocities. To face their winning model in which victims are of least importance and which yearns for the passage of time as the most precious trump card it has, and then try to confront it with facts and constant reminders. There has never been a moment in history where criminals raised the issue of their own responsibility, but there have been important historical moments in which something changed nevertheless and in which victims have received some kind of satisfaction, even decades after the crime. We should not forget this, nor stop believing that it is possible to achieve in the former Yugoslav states.

Željko Stanetić is a journalist and human rights activist, director of the Vojvodina Civic Center in Novi Sad. Author of the film "Unsuitable Citizens" (about the expulsion of the Croatian population from Vojvodina in the 1990s).