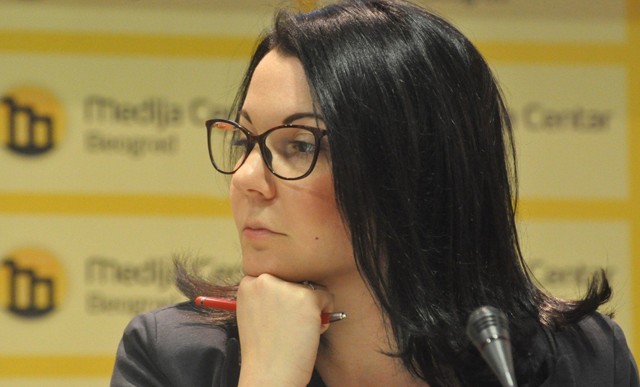 The previous year hasn’t brought many changes when it comes to dealing with the past in Serbia. Everything mostly stayed the same – the inactivity of the Office of the War Crimes Prosecutor, the non-existence of a clear commitment from the government to finally deal with the violent past and the continuation of the practice of heroizing convicted war criminals.

In 2019, 24 cases were brought before the Higher Court in Belgrade – apart from several exceptions, in most cases only one person was indicted and the indictments included only several victims each. Although it seems that 24 cases isn’t such a small number, we must not forget several, now chronic, problems which burden the trials for war crimes in domestic courts and which significantly influence the efficiency of processing these crimes.

First of all we must keep in mind that these 24 cases were not opened in 2019, but that most of them have been ongoing for several years – cases in which there is a greater number of defendants can last up to 10 years. Another problem is that some of these cases get sent back for a re-trial after a ruling of the Court of Appeal, which additionally prolongs the process. The third and perhaps greatest problem which can also be observed statistically – is a generally small number of indictments for crimes committed during the 90s. Namely, since 2003 when the Office of the War Crimes Prosecutor was established, 17 years ago, this Office raised indictments for only 76 cases against 198 persons, for the deaths of less than 2500 victims.

Over the past several years, the most common excuse that the Office of the War Crimes Prosecutor offered for its humble achievement was the lack of staff – the Deputy Prosecutor for War Crimes. Thanks to the negotiations with the EU and the Action Plan for Chapter 23, this problem has been (successfully) solved. Since 2019, there have been 10 Deputy Prosecutors for war crimes employed in total (previously there were four).

Still, in 2019 the Office of the War Crimes Prosecutor raised only three indictments for war crimes and none of them were the result of their investigation. Two of the indictments were sent over from Bosnia and Herzegovina, and one was raised against a person who had been on the run for several years in a case which was almost 10 years old (the Ćuška case).

So, during the entire year 10 Deputy Prosecutors weren’t able to raise a single new indictment, which leads us to the conclusion that the problem isn’t the number of deputies, but the lack of effort which has been tolerated for years. Also, between these thee indictments, there is not a single one against high ranking perpetrators or for crimes in which a large number of people were killed.

Perhaps now is the time to ask the most logical question – why are war crimes not being processed in Serbia? Everyone following the political scene in Serbia can answer that question – because in Serbia the people in power are the same ones who participated and implemented the criminal politics before and during the wars in former Yugoslavia. At the head of the country is the person who stood before the National Assembly and called for the murder of 100 Muslims for one murdered Serb; the President of the National Assembly is the person who couldn’t be the legal advisor to Vojislav Šešelj at the Hague Tribunal because of the suspicion that she was involved in the persecution of Croats from Vojvodina; an MP is a war criminal who was sentenced before the international tribunal to 10 years in prison, who now threatens to “settle the score” with anyone who calls him a war criminal – the Croats from Vojvodina and the Barbalić family from Zemun know better than anyone what he means by “settling the score”.

Although these facts are widely known, most are mysteriously forgotten (“it has been 25 years!”) because they “changed and were no longer who they used to be, now they are for the rule of law and for Serbia’s membership in the EU” – at the same time they are glorifying Serbian generals, all the while demonizing others and presenting the suffering of the Serbian people as the only relevant, suitable for condemnation and empathy.

Then we are shocked when the crimes go unprocessed, when with the greatest enthusiasm of the people “grandpa Ratko“ phones into the morning program on national television; when war criminals use taxpayer’s money to publish books printed by the Ministry of Defense with a note from the organizer that the author is “absent”; that war criminals present books in which they openly ridicule the victims by exposing “shocking and real truths” in public at the same time pushing against one more voice of reason of this society – the defenders of human rights. When we present all of this, those 24 war crimes cases seem like a shockingly large number.

Apart from all these already known facts we should remember some more. It is true that 25, or rather 21, years have passed since the end of the conflicts in former Yugoslavia and that makes the investigation of these crimes significantly more difficult; war crimes cases cannot be outdated; it is clear by now that not all perpetrators of war crimes will be processed; a large number of perpetrators, witnesses and victims are deceased; war criminals are among us, even in institutions where they don’t belong. However, all of this does not pardon Serbia from chronic inactivity, stalling, deficient indictments and superficial proceedings. Because as long as “grandpa Ratko embraces us” from Scheveningen we have the responsibility to offer at least a small piece of justice to the victims after so many years – that those who caused them the most harm are held responsible before the law, that the public knows and recognizes their suffering and pain and that they receive compensation for it. That mothers no longer die without burying their children with dignity. That children know how their fathers, uncles, grandfathers and other relatives were killed. That raped women don’t bow their heads in public because everyone thinks that it was their fault. As a society we owe them that much at least.

Ivana Žanić is an attorney who completed her MA on the topic of command responsibility in the jurisprudence of international tribunals. For the past several years she has been dealing with the topic of processing sexual violence in war. She is the executive director of the Humanitarian Law Center.