Home Contact About
Home 30 years of the erased in Slovenia 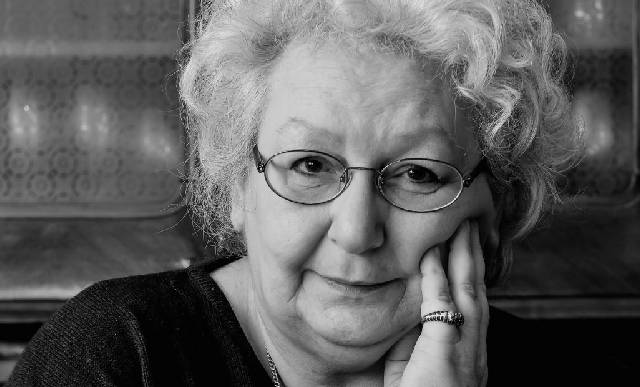 30 years of the erased in Slovenia

The national day of guilt was marked on 26 February 2022, the thirtieth anniversary since the start of the secret state project of depriving non-Slovenian citizens of their civil rights and expelling them from Slovenia. After WWII the Germans began raising awareness about guilt and taking responsibility ten years or so later, until it became collectively accepted some fifteen to twenty years later, and those who refused to accept it could have been legally prosecuted. Why does Slovenia need more than thirty years, while the process has not even begun? Is Pahor’s public apology (announced for Friday, 25 February 2022) enough, if by any chance he opted for it? Why did the erased even need to seek justice in court (all the way to the European Court of Justice) at their own expense, instead of the state covering its own debt when it admitted it’s wrongdoings? Was the erasure a war crime? How come the constitution which at the time existed barely two years was so easily violated? How did the state authorities allow the shameful referendum which publicly humiliated the victims (again, unconstitutionally)?

Nothing will happen or be said publicly during the national day of guilt which would answer these questions – at least not officially. Yet this is a day when gathering is no longer officially prohibited or limited. So, those who have been speaking about it and seeking justice for twenty-eight years will speak up. Public and other media, which had allowed the erased to be insulted by unworthy individuals under different governments, can now only state that it has become the dominant public rhetoric, from the government to the government’s lowest scum. Still, all that aside, the worst thing that could happen would be for the national day of guilt to be a day of silence… That is why it is commendable that the main media published a series of articles before the national day of guilt with life stories of the erased, their children, with analyses, facts and – with dignity.

Those who remain of the erased and collateral victims (at least 100,000 of them, if we count family members and other loved ones) now seek only the bare minimum – that society doesn’t forget them, that they are included in school books, that someone from a position of power publicly apologizes. One descendant of the erased has so far succeeded in court – to receive compensation for his early years, when he suffered exclusion, reduced school opportunities and other human rights violations. On the tragic side of history of the erased are the several hundred people who were expelled from the country, killed in the war as victims of various warring parties, a number of them committed suicide, and still a hundred who survived illegally, but are now lost social cases, homeless, without health care, mostly in serious health conditions.

Independent institutions, NGOs, independent researchers and cultural workers have for the past thirty years produced a series of historical works, collections of documents, theater plays, films, exhibitions, public manifestations, literary works on the erased. Miha Mazzini wrote a novel, which he turned into a screenplay in 2016, and later into a feature film The Erased, which he directed. This film is available on HBO.

Svetlana Slapšak, was born in Belgrade in 1948, where she graduated from the classical high school and received her doctorate from the Department of Ancient Studies at the Faculty of Philosophy. Her passport was confiscated between 1968 and 1973, and 1975-1976 and again 1988 – 1989. She was employed at the Institute of Literature and Art 1972-88. She was President of the Committee for Freedom of Expression UKS 1986-89, and compiled and issued over 50 petitions, among them for the release of Adem Demaçi. She was a member of UJDI. She moved to Ljubljana in 1991, where she is a full professor of anthropology of ancient worlds, gender studies and Balkanology (2002-14), coordinator of study programs and dean of ISH (2004-14). Editor-in-Chief of ProFemina since 1994. Artistic Director of the Serbian Cultural Center Danilo Kiš and Director of the Institute for Balkan and Mediterranean Studies and Culture in Ljubljana. She was proposed, as part of the group A Thousand Women for Peace, for the Nobel Peace Prize in 2005. She has written and edited over 70 books and collections, around 400 studies, over 1,500 essays, several novels, libretto for the opera Julka and Janez, travelogues, plays; she is a translator from Greek, Modern Greek, Latin, French, English and Slovenian. Winner of the Miloš Crnjanski Award for her collection of essays in 1990, American PEN Award 1993, Helsinki Watch Award 2000, Helen Award, Montreal 2001, Mirko Kovač Award for her collection of essays in 2015, Peace Prize of the Slovenian PEN Regional Women Writers Committee 2016, Vital’s Golden Sunflower Award 2017.