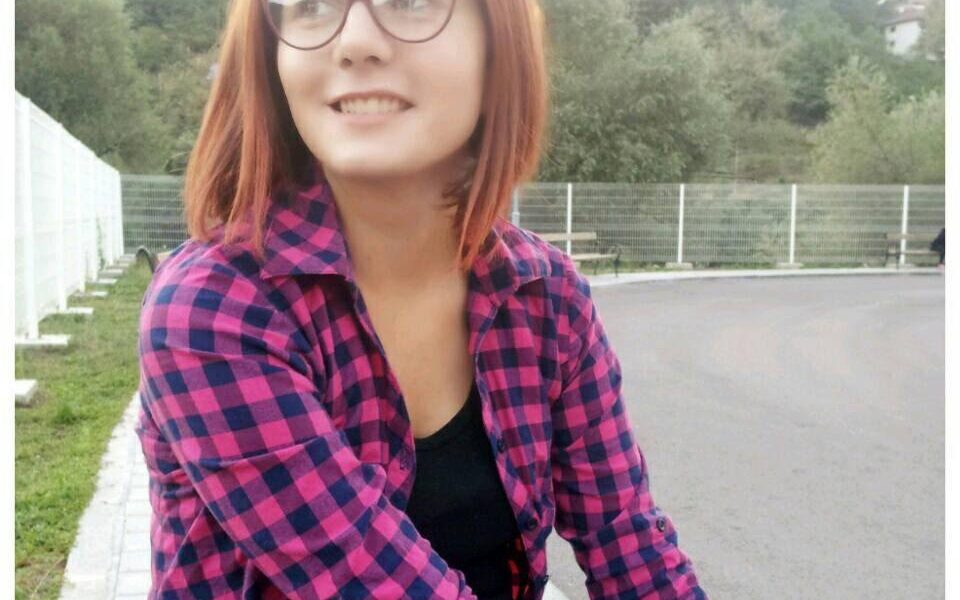 The war in Bosnia and Herzegovina happened 22 years ago, but it was followed only by the absence of arms, because the war is still here, among us, around us, and what is the worst thing, among the youth.

The overall educational system in Bosnia and Herzegovina is based on showing only one story, without re-examining one’s own responsibility and by ‘’tucking in’’ young people in ethnic groups, because when one is ‘’tucked in’’, one does not ask anything about what happened in the place that one is from, the city that one is from or the country itself. For these specific reasons it is necessary to work with young persons on the topics of facing the past, because there were no winners of the war in Bosnia and Herzegovina, there are only victims on every side and it is necessary to face and accept this.

Necessity of work with the youth

My social engagement is specifically based on the work with young people and includes communication with young persons that have different habits and views. It also involves pointing out that participating in a workshop with members of all three constituent peoples would not be a step towards national treason, as seen by the majority, but rather the exact opposite, that these are persons with a broad view of the world, as opposed to those that continuously expose themselves. Together with these young persons I am trying to point out that once one leaves aside all historic truth, collective traumas from the past, ‘’national interests’’, myths and stereotypes about oneself and others that we are carefully taught from the earliest age by the family, through the school curriculum, the media – you will be able to meet, throughout Bosnia and Herzegovina, in all its nooks and alleys, people whose behaviour, culture, way of thinking are similar to yours in all aspects, people with whom you will be able to amicably discuss various topics and reach the conclusion that we should search for the truth only together and that, while doing so, we should not ignore the most important human values. After the end of the war, which resulted in numerous human losses and serious violations of human rights, Bosnia and Herzegovina is facing the challenge of peace building and reconciliation, and when it comes to young people, this process is mostly implemented through informal education. An example of informal education is the ‘’School of Different Memories’’, organised by YIHR B&H. It is a summer education programme based on study visits to places of suffering and war crimes from WWII and the most recent war in Bosnia and Herzegovina. The School of Different Memories gives young people an opportunity to listen to fully different stories about the same events from different actors that have participated in such events directly or indirectly. If one asks a question to know the truth about what happened in a certain place, one will not get an answer served on a plate, but will rather have an opportunity to hear the local narrative from such a place, based on several different opinions about the same event, and will thus realise the whole issue present in Bosnia and Herzegovina. By participating in this and similar programmes, young people wishing to learn new things and get to know their society and persons they live with, give me hope that it is possible to build a new and better society, freed from the heavy burden that we inherited from our fathers. In order to prevent that people like us are again recruited in some armies some day and kill one another for ‘’higher’’ collective goals, or to prevent that we ourselves become ideologists of such goals, it is necessary to remain persistent regarding the values of humanism, justice and freedom and to fight for them in whatever way we can, irrespective of consequences and pressure.

Mirjana Trifković: She holds a degree in law and is an activist. She worked as a project coordinator for projects in the field of transitional justice and facing the past at the Helsinki Committee for Human Rights in Republika Srpska for five years. She also participated in the programme Peace Building Trainers organised by the Centre for Non-Violent Action Sarajevo/Belgrade. She is an active member of several initiatives and networks. She lives in Foča and comes from Sarajevo.