Home Contact About
Home Arrested Truth: Transitional Justice and the Politics of Remembrance in Kosovo 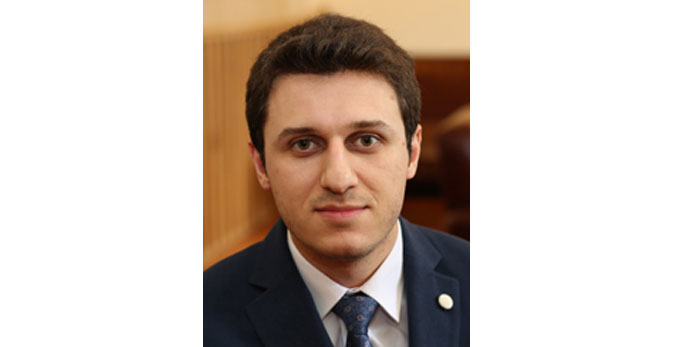 Arrested Truth: Transitional Justice and the Politics of Remembrance in Kosovo

While civil society in Kosovo works to create new narratives, they will not be able to emancipate the society from existing ethno-nationalist entrapments, overcome the culture of silence, or create the conditions for ethnic reconciliation, without engaging with the everyday needs, interests, and perspectives of the victims, as well as proactively advocating for the inclusion of truth-telling, apology, and reparation in the national peace process.

The absence of a mutually agreed and durable peace between Serbia and Kosovo has triggered contradictory narratives about the past, and no significant efforts have been made by the international community to promote official processes for truth-finding, victim-centred recognition, reparation for harm, or inter-ethnic reconciliation. The internationally led transitional justice process in Kosovo was more interested in maintaining stability than documenting the truth about the past and bringing justice to the victims. In this messy situation, transitional justice has become an ideological instrument and a source of mutual contention, delegitimization, and fragmentation. Ethno-nationalist narratives about the past continue to prevail, while victims of the conflict are ignored and instrumentalized for political purposes; different forms of documentation and commemoration are attuned to ethnic antagonism rather than political and social reconciliation; and official documentation and truth-telling processes are neglected.

The major strand of documentation, focused mainly on retributive justice, was undertaken by the ICTY, UNMIK, EULEX and other international organizations in Kosovo. The primary purpose of this documentation was to collect sufficient reliable evidence for prosecuting high-level political and military leaders on all sides of the conflict in the former Yugoslav area. Other strands of this documentation were used for political revenge by the governments in Serbia and Kosovo. Documentation from one side was intended primarily to delegitimize the past, present and future political aspirations of the other. In the past two years, the UN Security Council debates on Kosovo have become a battlefield between the representatives of Serbia and Kosovo for promoting different narratives about the past. The transitional justice process in Kosovo was used by Serbia to delegitimize Kosovo’s quest for independence and weaken Kosovo’s normative argument for statehood based on past human rights abuses. On the other hand, Kosovo has made frequent reference to Serbian war crimes in Kosovo in order to justify its independence and seek international recognition, while also seeking to discredit Serbia’s effort to prevent Kosovo’s international integration.

These types of documentation rooted in different political agendas have created parallel, overlapping and often inconsistent accounts, and have undermined efforts to narrow the gap between different narratives of the past. Documentation has been used in the construction of identities of victimhood, in humiliation of the other, and in the accumulation of power in the name of past sacrifices. The documentation of war crimes for constructing these official political narratives has sidelined the ethical considerations for the victims on both sides of the conflict. These mono-ethnic practices of remembrance in post-conflict Kosovo have contributed to the monopolization of the space and the right to remember the past.

In an attempt to overcome these challenges, civil society organizations have played a vital role in recognizing the victims of the conflict in Kosovo, as well as filling the vacuum created by the lack of a formal truth-seeking mechanism. The ‘Kosovo Memory Book’ (KMB), undertaken by the Humanitarian Law Center (HLC), is the first and most serious effort to document human casualties during the war in Kosovo. The KMB represents a new form of virtual memorialization to overcome the ethno-nationalist narratives by providing reliable documentation by means of a broad variety of data that are distinct in both volume and accuracy. The KMB contains a digital and printed database of all 13,535 people killed and disappeared during and immediately after the conflict in Kosovo (1 January 1998–31 December 2000). The record is based on 31,600 documents and over 10,000 witness statements, thereby providing a precise and detailed account of all human casualties, including their personal details, a short summary of their life and death, and references to the sources documenting the narrative. Since the material commemoration in Kosovo and Serbia is still hierarchically and ethnically divided, no attempt has been made to date to jointly commemorate Albanian and Serbian victims, or to develop aesthetic forms of civic commemoration. In order to overcome ethno-nationalist commemoration practices and future manipulation of the number of victims, the HLC has documented human casualties from every ethnicity, and both civilian and uniformed categories, all together.

Despite the promising nature of this civil society documentation, there are at least three critical uncertainties that could limit its desired impact. The first uncertainty is the effect of the KMB on the families of victims and missing persons in Kosovo. The KMB has tried to construct the truth about the circumstances of the deaths of victims, but it remains uncertain how much it has captured the emplaced and embodied aspects of memory and memorialization. The securitized, mediated and evidentiary form of documentation and witness interviewing can unintentionally fail to capture valuable aspects of memories held by living witnesses. The second uncertainty is the insufficient political acceptance and official endorsement of the civil society documentation both in Kosovo, Serbia, and within broader international bodies, such as the United Nations and the EU. Both sides continue to use older figures about war casualties and the nature of war crimes. The government of Serbia proactively attempts to discredit the HLC and filed lawsuits against them in domestic courts to contest their evidence and findings. The lack of political support and endorsement for this type of documentation in Serbia and Kosovo could reduce its political impact and leave the project vulnerable to sectional interests. The third and final uncertainty is the role of the KMB in contributing to ethnic reconciliation in Kosovo. Theoretical and comparative research shows that it is difficult to find causal linkages between truth-telling and peacebuilding. Arguably, the HLC and other civil society organizations, out of modesty and self-restraint, have not taken a proactive stance in advocating for the official recognition of their findings and the incorporation of truth-finding into the agenda of the existing EU-facilitated dialogue for the normalization of relations between Kosovo and Serbia.

While civil society in Kosovo works to create new narratives, they will not be able to emancipate the society from existing ethno-nationalist entrapments, overcome the culture of silence, or create the conditions for ethnic reconciliation, without engaging with the everyday needs, interests, and perspectives of the victims, as well as proactively advocating for the inclusion of truth-telling, apology, and reparation in the national peace process. The victim-oriented and bottom-up approaches to virtual memorialization promoted by civil society also need to be translated into material and relational forms of memorialization, in order to counterbalance the ethno-nationalist politics of memory and promote conciliatory truth-telling mechanisms that ultimately advance both justice and reconciliation.

Scholars and practitioners of transitional justice need to engage more thoroughly with the politics of memory-making, and the role internationalized transitional justice mechanisms can have in promoting a conciliatory and forward-looking remembrance. The international community should support people-centred and bottom-up approaches to memorialization, rather than leave them to mono-ethnic manipulative memory-makers. Promoting such a politics of truth could play a constructive role in building a progressive and conciliatory peace. However, such processes should be applied from the early stages of peacebuilding, should complement formal and informal transitional justice mechanisms, and should complement other localized peace-formation activities. Having said this, striking a balance between non-politicized truth-telling and forward-looking reconciliation in the age of virtual memorialization remains one of the main challenges following violent conflicts for the contemporary documentation of past human rights abuses and war crimes.

Dr Gëzim Visoka is a Lecturer in Peace and Conflict Studies at Dublin City University, Ireland. This piece is based on his forthcoming article in the Journal of Human Rights Practice entitled ‘Arrested Truth: Transitional Justice and the Politics of Remembrance in Kosovo’. Dr Visoka’s widely published work on post-conflict peacebuilding and international governance can be accessed from: http://www.gezimvisoka.com