Home Contact About
Home Four Theses on the Architecture of Trauma 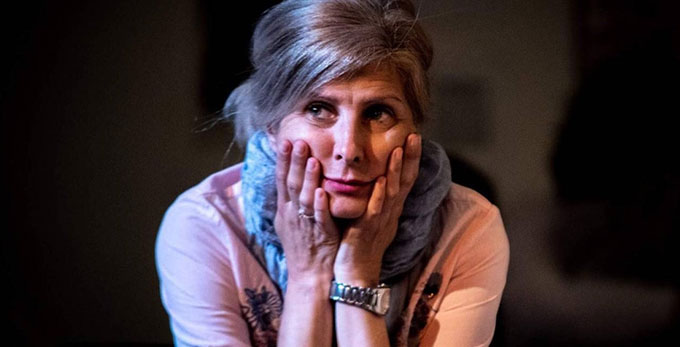 Four Theses on the Architecture of Trauma

1.
Architecture and/or Revolution? The search for answers to this complex question laid the foundations of modern architecture. As one of the great dilemmas of the 20th century, it pondered lucid ideas on the social role of architecture and its fundamental impact on man and woman as individuals and the humanity as a whole. Both as art and practice, the “modern architecture” strengthened processes of social emancipation and redirected political and ideological conflicts. It marked a step into the future, paving the path for the social and cultural changes which profoundly transformed societies. The “radiant cities”, industrial complexes, housing blocks, modular apartments, created the space within which the completely new relationship between the individuals and communities fundamentally affirmed the ideas of empathy and human equality. By changing the living conditions of men and women, the modern architecture inevitably affected their way of reasoning as well.

Ever since the end of WWI, the memorial architecture gained an important role in the process of overcoming the collective traumas. The mass production of the war monuments and the military graveyards changed the urban maps and landscapes, providing a space for commemorations, which represented specific «group therapies» that essentially dealt with different forms of loss. Thus, the painful process of facing and remembering violence (as the constitutive part of every historical narrative) has been shaped, among other political and cultural discourses, through the discourse of architecture. Within the architecturally defined spaces, the process of verbalizing, presenting and discussing trauma has articulated the dominant ideological streams. In the 1920s, the memorial architecture was used as mise-en-scène in the process of the pacifist ideas promotion, while in the ideologically divided world of the 1930s, its function was redesigned to strengthen the ideas of hatred, imperial and racist arrogance. The mourning communities of war veterans, their families and friends once united around the war memorials in order to heal the feeling of bereavement and mourning were transformed into promoters and aggressive executioners of the fascist ideas of domination over those who were defined as the others.

2.
After 1945, a devastated Europe divided into two political and military blocks, was overcoming the war trauma in different ways, which all had one thing in common: they implied rapid prosperity in the near future. Whether those projections were the visions of a consumerist, or a classless paradise, they suppressed the war trauma with more or less success. In this process, the architecture of the military graveyards, official buildings and stadiums, that symbolized the ideology and regimes militarily defeated in WWII, was deprived and emptied of its previous meaning.

The late 1980s marked a crucial change in the history politics and memory culture of WWII. Numerous grassroot initiatives determined to expose the concealed responsibility and the scope of the buried past, literally started archaeological excavations. Rediscovering the remains of the forgotten Nazi and fascist buildings, they opened a new historical era. The changed “horizon of expectations” in the post-Cold War Europe initiated the search for the trans-generational responsibility. Thus, the “facing the past” concept, which presupposed that a constant re-examination of the violent past represented the only way of overcoming it, grew into one of the pillars of the new ideology. Marking the public space with the forms and projects that dealt with the individual guilt for the war crimes and atrocities and the collective responsibility for the ways they were and are remembered, the new memorial architecture crucially defined contemporary politics of history. Recognizing the groups of war victims and their traumas, as well as the generational transmission of trauma, it introduced the new meaning into the martyr narrative.  The architecture that dealt with the trauma was conceptualized with the intention to make the memory on the crimes of the Holocaust, genocide and terrorism eternally present and to powerfully include the “void” as the constitutive part in the historical discourse.  The memory on the violence that always represented the strong marker of the individual and the collective identities, revived the past with the intention to define a clear agenda of social condemnation, to value the distancing and legal penalty for every attempt of its relativization.

However, once institutionalized and perceived as “moral remembrance” and understood as a model that can be implemented in every society regardless of its specific context, the “facing the past” concept was often misused in the process of the new, aggravated nationalistic tensions. Instead of dealing with the trauma that resulted from the violence perpetrated against others on behalf of a community that remembers, the focus was put on its own victims and martyrdom, which further strengthened a sense of endangerment and consequently reinforced populist politics.

3.
The memorial architecture of the socialist Yugoslavia represented one of the pillars of its unique regime and one of the distinctive characteristics that defined its international position. It was meant to overcome the burden of history in general, and of WWII in particular. The entire historical process was perceived as the centuries-old struggle of the Yugoslav peoples for liberation and unification. Thus, WWII, officially defined as the People’s Liberation War and the Socialist Revolution, was presented as the focal point of the historical discourse. Precise naming and terminology represented the basis of the new ideology while the memorial sites as public forums represented the places of its “spatialization”.

The generations of Yugoslav architects made a key contribution to the process of shaping that discourse. They were not the first who invented the memorial parks as the specific forums meant to unite the post-traumatic communities, but they conceived the unique way of transcending the past atrocities and giving a new meaning to history. The socialist memorials provided space for the establishment of the community, which by defining the war participants as fascists occupiers, collaborators of fascism, victims of fascism and anti-fascist fighters, avoided perceiving the perpetrators, victims, and heroes of the war through their national, ethnic, or religious identities. The socialist ideology strongly refused the possibility of their reconciliation and promoted the idea of overcoming the war trauma by clearly condemning the causes and perpetrators of crimes.
The forms and symbols of monuments lacked direct political associations and, as such, opened space for the inclusion of the widest community through numerous rituals commemorating war heroes and martyrs. However, it was precisely this characteristic that was used by the nationalist political elites as the fuse that ignited the Yugoslav powder keg in the years of “decadent socialism” in the 1980s. Accused of “hiding the truth” about WWII, the creators of the monuments and memorial parks were criticized for avoiding to define the conflicts as “civil war”. The memorials designed to overcome the war trauma were blamed to be its main producers. As the wars of Yugoslav succession started, they were all neglected, many of them damaged and vandalized and numerous destroyed.

4.
The post-war, transitional Serbia, had no clear politics of history for years. Dealing with the burden of the past produced strong reactions instead of constituting the public space capable of inducing social dialog as a precondition for democratization. The issues of war crimes committed by the Serbian forces during the wars in Croatia, Bosnia and Herzegovina and Kosovo, and in the first place – the burden of Srebrenica, were almost completely closed. The politics of memorialization missed the opportunity to reconsider the question of responsibility and the state institutions gradually defined the memory culture, which further strengthened the collective sense of endangerment.
Instead of dealing with the causes of trauma, numerous monuments and ceremonies actually suppressed it. The critical research and investigations of crimes and criminals that marked the first post-war years were stopped and the public space was filled with romantic, most often false, representations of war heroism and suffering. The convicted war criminals were almost completely rehabilitated in the public and their crimes legitimized. From Duško Tadić, who was the first to be convicted before the court in The Hague, to Veselin Šljivančanin and Nikola Šajnović, Vladimir Lazarević and Nebojša Pavković, Radovan Karadžić and Ratko Mladić, and a whole constellation of widely unknown persons who participated in the killing and torture of civilians, almost all were perceived heroes and martyrs of the Serbian people. As the new war narratives were strengthening, the eyewitnesses of the crimes and bystanders were anesthetized and discouraged in sharing their memories, while the places in which the crimes were perpetrated and became symbols of the war atrocities were intentionally destroyed, or transformed to be unrecognizable, all in order to conceal the unwanted past. The attempts to condemn and confess the crimes legally, politically, and publicly were welcomed only at the margins of the society.
The result of this is that the mass graves with 941 bodies of Albanians killed in Kosovo in 1999 are still not marked in Serbia (discovered at four locations in Serbia – in Batajnica near Belgrade, in Petrovo Selo, near Lake Perućac and in Rudnica). Eight camps for Croats and Muslims defined as Prisoners of War in Begejci (present-day Torak), Stajićevo, Sremska Mitrovica, two in Niš and three in Belgrade are unmarked despite numerous attempts by former detainees to place memorial plaques on them. The wider public still does not know anything about the two camps established for the Bosnians in Mitrovo Polje near Aleksandrovac and Šljivovica near Čajetina.

The architecture of the trauma as an artistic and public practice has the potential to initiate the public discussions and suppress the attempts to falsify the past. Initiatives to mark sites that are connected with the war atrocities, which in various ways are undertaken in the virtual and urban space by some organizations (for example the Humanitarian Law Center, the Youth Initiative for Human Rights and Center for Public History), although for now marginal, still represents important steps forward in this regard.

Dr. Olga Manojlović Pintar
Senior research associate at the Institute for Recent History of Serbia in Belgrade. She has a master’s degree and PhD from the University of Belgrade, and an MA degree from the Central European University in Budapest.
Dr. Manojlović Pintar has participated in many international projects, interdisciplinary conferences, and workshops. She was the editor for the following anthologies of articles: Transnational Experiences of Yugoslav History, (Belgrade 2019); Tito – visions and interpretations, (Belgrade 2011); History and Memory, Studies of the History of Consciousness (Belgrade 2005). She is the author of the books: The Last Battle, Spanish Fighters and the Yugoslav Crisis of the 1980s (Belgrade 2019) and Archaeology of Memory: Monuments and Identities in Serbia 1918-1989, (Belgrade 2014).
She is a member of the Board of Directors of the Reconstruction Women’s Fund.