Home Contact About
Home Hate Speech That May Evolve into Crime 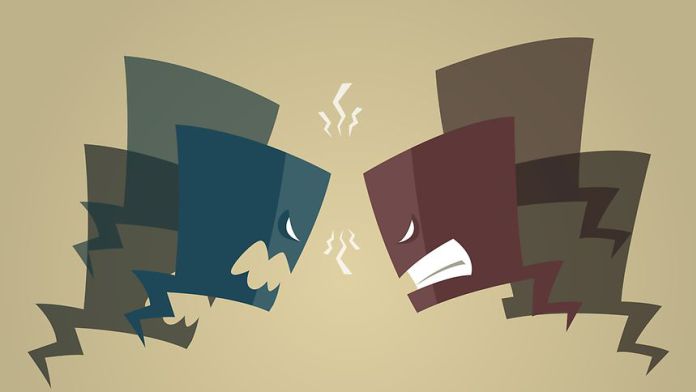 Hate Speech That May Evolve into Crime

Hate speech is used less now than during the 1990s, but it is still seen most frequently in political campaigns. Thus it has to be prevented, in order for it not to evolve into crime.

Toxic words quickly and easily infect entire populations. Such speech has caused some of the worst conflicts, wars, and crimes. One example is that of the former Yugoslavia. During the 1990s, propaganda was spread through the media calling for the lynching of those on the opposing side. Even though the 1990s are behind us, there still exist messages that contain hate speech.

Radmila Čokorilo, a professor from the Faculty of Political Sciences in Banja Luka, thinks that hate speech is the strongest weapon, especially during a war, because of the psychological effects it has on those to whom it is directed. According to Čokorilo, one of its primary functions is to intimidate the population.

She claims that, if such speech is broadcast through mass media, it leads to a state of fear among the citizens, and contributes to insecurity and fear for personal survival.

“I think that the citizens don’t trust the media as much as they used to, especially since the last decade of the 20th century [referring to citizen’s trust in the media during the 1990s, which contributed ethnic division and war]. Today, propaganda is primarily used for political purposes. Politicians don’t mince words during an election campaign so as to psychologically influence potential voters,” states professor Čokorilo.

Still, she claims that there is less hate speech now than there was in the war and post-war period.

“I think that hate speech is slowly, but steadily, retreating into history where it belongs. I hope that all media have learned their lesson and that no time or space will be allocated for hate speech moving forward. All of us need to work together to eradicate hate speech,” concludes Čokorilo..

Among the media, web portals remain the least controlled. Portal owners give readers the liberty to comment freely, which is often abused in the name of free speech.

Borislav Vukojević, a media expert with a master’s degree in Communication Studies, compares war propaganda with today’s media hate speech and draws attention to the dangers of not sanctioning comments on web portals.

“The propaganda of the 1990s was the so-called black, open propaganda, which was spread through the media without penalty. Today, we do not see that kind of incitement (when discussing traditional media), but we do see it in web portals that do not stop hate speech in their comments section,” says Vukojević.

As he explains it, spreading hate speech through radio, newspapers, television, or editorial content of web portals is a criminal liability. However, due to the unclear position of web portals, Vukojević stresses that there has been a return to the period of black propaganda.

“The people responsible remain silent, using the justification that the media have no right to limit freedom of speech, but they don’t understand that this is not freedom, but abuse,” adds Vukojević.

Post-war hatred is not only expressed through media, but also through vandalism such as graffiti, and through individual songs by artists who call themselves patriots.

During various assemblies and holiday celebrations, hatred between different nationalities is very pronounced, and is often expressed in messages that are spread through the media, which then cause a reaction – conflict. Another ex

If we ask young people what they think about hate speech and how, in their view, they feel it is represented in the media, they will not give us a complete answer, because as media experts well know hate speech is “packaged” in such a way that it can be subtly placed into the minds of citizens.

“I follow the media daily, if not television, then I read the newspaper or look at what’s new on the web portals. Hate speech is not as noticeable when it’s intimidation of people through various news and messages, but insults based on race, gender, religion, and other grounds are visibly present in the comment sections of portals,” says A.R., a student from Banja Luka. She adds that the highest level of discrimination is directed at the LGBT community and in political speeches during election campaigns.

What one might conclude is that even though the war is over and the weapons have been put aside, it sometimes still seems like we want to kill each other. That is why the media and everyone else need to work on eradicating hate speech, which, as we’ve seen in the 1990s, can be a deadly trigger.