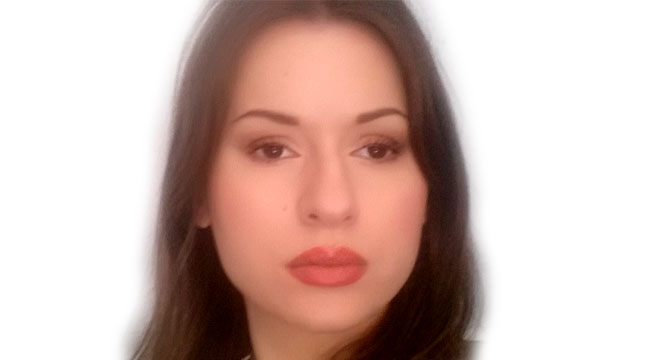 Where the educational system remains divided along ethnic lines, history teaching is shaped to fit the underlying ethno-nationalist ideology of the time. In Southeastern Europe, this is not just true for BiH. Between 2016 and 2017, the Kosovo Foundation for Open Society (KFOS) funded a young historian from Sarajevo, Narcisa Semić, to conduct research into the situation in Kosovo as part of the project Building Knowledge of New Statehood in Southeast Europe: Understanding Kosovo’s Domestic and International Policy Considerations. She focussed on, firstly, text book content analysis, with specific attention to the role and reproduction of antiquitas myths that ideologically underpin competing ethno-national territorial claims. Secondly, she explored the the underlying contextual, historical and socio-psychological reasons for the perpetuation of such narratives, their popular appeal and the staggering deficiencies in the educational reform process against all better scholarly knowledge and the law.

Kosovo’s 2011 Law on Pre-University Education stipulates adherence to a core Curriculum Framework which ‘fosters the spirit of respect, understanding and tolerance among all communities’. This is in line with the principle of multiethnicity enshrined in the 2008 constitution. However, Kosovo’s history textbooks for primary and secondary school education remain in contradiction with these prescriptions. Existing text book content analyses indicate the continuous persistence of mutually incompatible Albanian and Serbian ethno-national narratives, regardless of the post-war policy reform process under international tutelage in the 2000s. Both the Albanian and Serbian narratives consistently assign exclusive victimhood to their own groups, respectively, whilst holding the other responsible for their respective grievances.

Semić’s qualitative content analysis, partly inspired by her Bosnian background, follows Pål Kolstø’s typology and identifies structural mimesis: that the respective, ethno-nationalist myths mirror each other in meaning, function, intention and emotional appeal, although presented through two different mythological subtypes of antiquitas myths. The Serbian subtype is ‘political’, harking back to a Serbian medieval state formation; the Albanian ‘cultural-archaeological’ by claiming primordial and uninterrupted Albanian cultural descent from Illyrians times. How is it that such mythological constructions of the nation – in contemporary, international scholarship frowned upon as outdated, 19th-century Herderian romantic nationalism – is still so unabashedly, formally reproduced in Kosovo (as well as in the wider region)?

In a region with unsolved territorial claims (Serbia has yet to formally recognise Kosovo’s independent statehood), a sense of nationhood, when discussed, or, even worse, denied, produces strong emotions. Arguably, this is not dissimilar from contemporary nationalism in an uncertain world anywhere. The desire to belong and hold a stable sense of identity and place, in conjunction with nationalism’s promise of territorial rights and other privileges and entitlements, appeals to many constituencies across Europe facing precarity. However, for the countries of South-Eastern Europe, the contrast between being externally defined as a ‘problem’ in terms of ethno-nationalism at the roots of all Balkan evil, and its promise of salvation, is particularly stark and specific. Can educational reform, then, deliver a ‘re-writing of the chip in people’s heads’, which Paddy Ashdown invoked, after completing his tenure as the international High Commissioner of Bosnia and Hercegovina (BiH) from 2002 to 2006? He established an ethnically segregated school system in BiH, believing that those who had experienced interethnic violence were shackled irrevocably by that past.

As with Bosnia, the Kosovo educational system has yet to be integrated. Here, an ethnically-segregated school system can be documented from the period of educational ‘parallelism’ of the 1990s, albeit with inverted ethnic pre-fix in terms of main-stream power since Serb military withdrawal from Kosovo in the summer of 1999. Although the use of Serbian-language textbooks, provided by Belgrade, is permitted by law in contemporary Kosovo, Semić’s interviews, conducted in autumn 2016, confirmed that ‘Serbian schools do not follow the law in that they do not inform the Ministry about any textbooks that they use’. In 2010, an Independent Commission, legally summoned in case of dispute, effectively recommended replacing one mythology with another, when reprimanding the content-specific Serb text books’ omission ‘of the pre-existing Albanian/Illyrian population’.

A subsequent study, however, established that local teachers in Kosovo are fully capable of delivering their own interpretations of history, although these might still be shaped by their personal, often traumatic and partisan, family histories. Consistent with Kosovo’s new strategic emphasis on improving teacher training and a new initiative by historians of University of Prishtina, it identifies insular scholarship as the root problem. This resonates with Semić’s findings, which additionally point to the need for macro-political, contextual changes to change the popular appeal and emotions of nationalism. Beyond enhancing mobility, international exposure and competitiveness for those national academics charged with providing the research basis of history text books, an improved sense of opportunities available beyond nationalism’s promises have yet to materialise in society at large. Particularly, if young Kosovar citizens  saw better prospects beyond elite initiatives only, they might increasingly demand competitive, quality education, free from any ethnic categorisations, such as during protests this summer in BiH. Clearly, it is not the chip in people’s heads, but educational, social and economic opportunities, which need to be rewritten in order to allow nationalist narratives to lose traction.