Home Contact About
Home Is it possible to speak about the past, whilst remaining silent about the present and future? 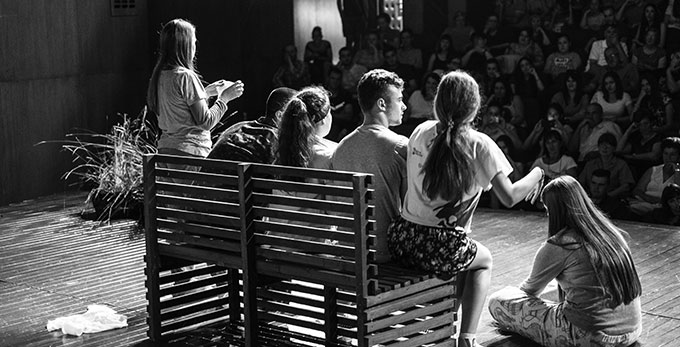 Is it possible to speak about the past, whilst remaining silent about the present and future?

To paraphrase Idith Zertal (Zertal, 1998), we never deal with the past in isolation, but rather with its manifestations and its (mis)uses, which are often politically driven, and with how it relates to the present, and how it determines the future. It is not possible to simply “leave the past in the past”, which many politicians from our region call for in their pre-election and daily political speeches. How is it possible to think about the future without any reference to the past? These references can include direct reactions to the past and present, or specific events, or even attempts to fully deny and depart from the past, with the desire to create a completely different social, economic, political (etc.) situation. A reference is always present.

Facing the past is a comprehensive process, which can include institutional methods, individual action, and any kind of human activity. One approach is through art. Art (as well as “dealing with the past”), has as many definitions as there are attempts to define it, and contexts within which it can be used, if taken as an example in Wittgenstein’s Language Game concept (Wittgenstein, Philosophical Investigations, 2004).

So, let us play a (language) game. Art has political potential, since both art and politics share the same sphere – they are phenomena that require the presence of others. Performance art, for example, takes place in the presence of the multitude, an audience, whether at the theatre, in a gallery or public space, which is where its potential lies. The multitude in the public sphere serves as a protection against the singular interpretation of the past that the nationalist ideology promotes; this differs significantly from public opinion, which is the social construction of generalisation. In the process of dealing with the past, the public sphere enables individual life stories to be shared and included in discussions about the past, wherein the past can be given meaning and, as such, remembrance, which may then be used as a guide for the future. The past of the Western Balkans has several interpretations and “truths”, which are usually in conflict with one another.

A nationalist ideology will create a uniform version of the past, reshaping it to fit the needs of its political agenda, and leaving almost no room for open discussion. Dealing with the past then takes the typical course, where victims and survivors are used as objects and fuel to preserve the reign of the political oligarchy.

Having an opportunity to present a story, or an opinion, or to ask a question, with every member of the audience able to witness, interact with or be touched by it, in any way that he or she sees, feels and hears, through his or her experience or filter of that experience, is what makes performance art a way to deal with the complicated socio-economic and political situation in which we live.

In Bosnia and Herzegovina, where the past is omnipresent, art finds ways to process topics that affect us, allowing us to “face” the past through a fictional or non-fictional approach, giving us the hope and desire to create a constructive society that is willing to invest in a “better” future, which, for the moment, is only an empty catch-phrase.

Based on my experience, both as an author and member of the audience, I have found that performance art deals with the past (present and future) in three basic ways.

The first asks questions and calls upon the political elite to take responsibility for preventing open discussion about the past and manipulating it for political agendas during the post-war period. By disabling public discussion of the past in the presence of a crowd, achieving understanding and finding meaning becomes impossible, consequently leading to victimisation and objectification of members of society. This further restricts the possibility of using remembrance as a guide, and instead makes it fuel for political manipulation.

The second deals specifically with victims and witnesses of the recent war, and how their experiences affect generations born after the war. As a result of objectification, a victim inevitably loses his or her subjectiveness, which has at least two implications; one is that, if treated as objects or numbers, victims can easily be manipulated and misused for the above mentioned political agendas; the other is that, the objectification of a victim prevents them from being politically active, given the fact that political action implies individual action and responsibility. Performance art can contribute to a re-subjectification of victims, survivors, and witnesses through a space intended for the public sharing of life stories. On the one hand, this contributes to the process of healing for victims, survivors and witnesses, and on the other, this helps them accept their position as a subject and, as such, they are able to be politically active. This process results in empathy and solidarity, not from generalisation or uniformity of nationalist ideologies, but rather through acceptance of personal life experiences, which together say something about past events.

The third entails an apparent departure from the past, by turning towards and imagining the future. How do we wish to live? What would make us happy and satisfied in the social, economic or political context? What values would we like to transfer to the future? These and similar questions also speak about what we live through, what we criticise and how we feel in this country and society, and it assumes social engagement par excellence that paves the way for memory and experience to serve as a guide for the future.

Recently, a theatre play, Hajđekud, was created by secondary school students from Prijedor, who used the participatory approach to tackle the topic of future memories. The participatory approach allowed space and time for students to use laughter, fun, seriousness and dedication, to explore dialogue, perform scenes of group and individual amnesia, show the ways society relates towards their generation, and address the values they wish to pave their way forward. The authors of the play were the students. The process introduced a horizontal methodology where primary and secondary school teachers were facilitators, who, together with the participants, opened topics that  spoke about their generation, their relationships with older generations, and their role within society. Many things are not remembered, sometimes simply due to time passing or because it is easier to forget. There are also topics that are not forgotten in Prijedor but are not discussed. During the preparation of the play, 25 secondary school students from Prijedor attended workshops on film and movement in theatre, script development, voice, scenography, and costume, resulting in the performance they playfully called Hajđekud (short for “Let’s go! Where?”).

Visual and performance art can serve as variations of temporary monuments, and they are repeatedly arising within a region where official memorialisation is just another source of conflict between differing nationalist ideologies.

If analysed from the perspective of consumer society, which demands quick results, the previous statements about the power of art and its role in dealing with the past, may seem overly optimistic and romanticised. However, if we analyse its impact through the prism of actions and reactions, where ”every action has a reaction, and where every process is the cause of new processes” (Arendt, 1959), then the real potential of performance art is revealed.

Art will initially affect and change individuals and society at the subconscious level, at an intimate level, and later at a societal and political one. The extent to which is difficult to say, however it certainly has an impact on us and opens (at least) micro spaces for dialogue. This cannot be denied.

Elma Selman (1983) was born in Prijedor, Bosnia and Herzegovina) and currently lives and works in the capital, Sarajevo. She graduated from the Faculty of Philosophy (Department of Psychology), at the University of Sarajevo. Her thesis topic was “The Relationship between Art and Psychotherapy in Art Therapy”. In 2008, Elma graduated from the Nomad Dance Academy (Contemporary dance education), and in 2014, completed an MA in Human Rights and Democracy at South East European University, with her final thesis, “Can the Past be Passed? The Role of Theatre in Dealing with the Past in the Western Balkans” (2014). In addition to this, Elma is a licensed Gestalt psychotherapist. She works as a psychotherapist and artist and is an engaged activist.