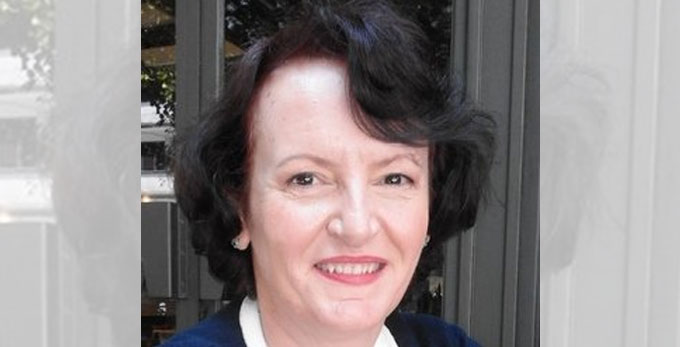 The citizens of Serbia associate October, the tenth month of the year, with the anniversary of the liberation of their capital in WWII. The liberation of Belgrade, on October 20th 1944 ended the 1287-day-long German occupation of the capital of Yugoslavia, fought for by units of the National Liberation Army (the Yugoslav Partisans) and the Red Army. In the battle for the liberation of Belgrade, 2,953 members of the National Liberation Army and 976 soldiers of the Red Army were killed, and I have always felt a special connection to this great event perhaps because of a personal detail from my own life. There is a saying that school years are the best years of one’s life, and I used to attend the elementary school named “October 20th”. So every 20th of October we had a double celebration – as a holiday for our city and for our school.

The change of the city holiday

All things must pass, and so October 20th is no longer celebrated in Belgrade or in Serbia the way it used to be when I was a child. For a while, sadly, during the rule of “democratic” parties, October 20th was all but forgotten. Belgrade was liberated by Tito and the Partisans, and not by Draža and the chetniks, which wasn’t appealing to various sorts of “democrats”.  It was tragic to watch the celebrations of October 20th whose main objective wasn’t to commemorate heroes, but to evade at all costs the very mention of Yugoslav Partisans and Josip Broz Tito. Belgrade Day is no longer October 20th, but April 16th when the Slavic name Beograd was used for the first time in a letter from Pope John VIII in the year 878. I have nothing against April 16th, the very first mention of the Slavic name for Belgrade is certainly important, but October 20th is still October 20th.

Had it not been for the Russians, specifically Putin and Medvedev, October 20th might have been forgotten by now, along with its celebration. The influences of Russia in this region of the Balkans is perhaps “malignant”, as many American politicians and analysts say, but we should thank the “Ruskies” at least for preventing October 20th from ending up in history’s dump yard.

In the middle of the open anti-Partisan craze, which included changing the streets named after Soviet heroes who participated in the liberation, General Zhdanov and Marshall Tolbuhin, Moscow “woke up”. An almost regular mutual commemoration of October 20th began in 2010. A military parade was held in Belgrade in 2014 in honor of Putin, however it took place “ahead of schedule” – on October 16th.

The celebration this year will be attended by Dmitri Medvedev. In a recent telephone call, Vučić first wished Prime Minister Medvedev a happy birthday, and then confirmed his arrival. “It is a special honor to have you as our guest on the day when we celebrate the 75th anniversary of the liberation of Belgrade, when our two nations united in solidarity and defeated our common enemy”, stated president Vučić. The former “democratic” and current “progressive” government have different views on October 20th, but they have one thing in common. They keep forgetting that the capital wasn’t liberated only by the Russians, but also by the other people of the USSR. The Red Army units which liberated Belgrade weren’t called the Third Ukrainian Front for nothing. Just like they keep forgetting that the Yugoslav Partisans weren’t just Serbs, but other Yugoslav people as well.

Why were the political parties who fought against Milošević so intent on changing the history of WWII? Was it only an ideological clash against the communist party and Josip Broz, reflected in the passing of the law which proclaimed the partisan and chetink efforts in the war equal and enabled the rehabilitation of Draža Mihailović and several members of the chetnik movement who had been convicted of crimes against the people after the liberation in 1945? And then they wonder how Aleksandar Vučić came to power after them, and masterfully continued with changing our recent history, the wars of the 90s and his own role in them. The latter being much more important for him. Vučić, however, unlike his predecessors, is happy to take credit for someone else’s work, or more precisely the Partisan victories in WWII.

When the coalition DS-SPO (Democratic Party – Serbian Renewal Movement) came to power in Belgrade in 1997, after many months of protests against Milošević and his attempted electoral fraud, one of their first moves was to change street names.

They were very diligent. The Marx and Engels Square became Nikola Pašić Square, Boris Kidrich Street became Belgrade Street, which was its name before the war, Lola Ribar Street was renamed Svetogorska. The “democratic” government at the time wasn’t in favor of Soviet military leaders and the Red Army either, so Marshal Tolbuhin Street became Mackenzie Street, like before the war, and General Zhdanov Street became Resavska once again. The Red Army Boulevard became The Southern Boulevard. Interestingly, the city government missed Marshal Biryuzov, so his name still remains in what was once Kosmaj Street. Biryuzov managed to survive even newer changes to street names in Belgrade, especially the one in 2004, when a very large number of streets were renamed. His street still endures in the very center of the city.

The city government lead by DS (Democratic Party) with mayor Dragan Đilas decided in 2010 to fix at least part of this injustice. Medvedev showed up at the anniversary of the liberation… It was obvious that this was done without much enthusiasm, and only so far as to please Moscow, by the choice of streets. Marshal Tolbuhin was given a street in the Chukarica district, which was previously known as Lazarevac Road. General Zhdanov got a street in the Voždovac district, more precisely the Beli Potok settlement. The name Red Army Boulevard was given to a newly constructed road near the settlement Bellville, which was at the time still being built.

Two years ago, during another anniversary of the liberation of Belgrade, the deputy mayor of Belgrade, Andreja Mladenović and the Russian Ambassador, Alexander Chepurin, revealed plaques with the street names Marshal Tolbuhin and General Zhdanov on the corner of former Pohorska and Goce Delcheva Streets in New Belgrade. Mladenović then stated that, by returning the names of those streets to the heroes who deserve them, they were fixing a great injustice that had been done when the streets previously carrying their names were changed. Ambassador Chepurin expressed his satisfaction that these streets were located in New Belgrade, because that part of the city emerged after WWII and represents an era of progress and prosperity.

At the time, however, the generals who lead the Partisan forces in the liberation of Belgrade, Peko Dapčević and Koča Popović, didn’t have streets named after them. How is it possible, that the state doesn’t respect its own liberators? How to expect from such a state, which has no regard for its liberators and victims, to respect someone else’s? If we take a look at the biographies of these two national heroes, it’s easy to see why some found them a “thorn in the side”. Historians and the people who knew them claim that they had completely different personalities. Albeit legendary fighters, national heroes, dedicated communists, they didn’t religiously follow every decision made by the League of Communists. They had their own opinion, and during the 90s they became nearly outlaws.

“A bunch of deadbeats, mongrels and shitheads rise up to rebuild Dušan’s kingdom. Serbs are against anyone who might actually teach them a thing or two, while they rally in support of anyone who leads them down a path of stupidity, backwardness and misery. In the sense of civilization and culture, Serbs haven’t moved forward for the past hundred years, and it’s a shame. They are not in conflict with the world, but with themselves, returning to the shajkacha and the opanak (traditional Serbian clothing) which they barely took off in the first place. I have always been a Serb, but not the twisted, sick and perverted variety. The likes of them have betrayed and shamed the Serbian people and made a mockery of its true history”, wrote Koča Popović in his journal at the beginning of the Milošević era. He despised Milošević’s meetings of “truth”, and spoke of chetniks as cowards and traitors.

They both took the breakup of Yugoslavia, the country they loved and fought for, pretty hard. According to the people who knew him, during the so-called anti-bureaucratic revolution, Peko Dapčević would angrily tear up and throw away the first pages of his favorite newspaper “Politika”, and read only the sports column and work on the crossword puzzle. They both requested to be buried without state honors. Koča Popović died in Belgrade on the day of the liberation, October 20th 1992. He was cremated and buried without tributes, speeches, wreathes or gatherings. Peko died on February 10th 1999. He was buried at the New Belgrade Cemetery, according to his wishes, away from the Alley of Meritorious Citizens

Perhaps it seems a bit absurd, but Peko Dapčević and Koča Popović got streets named after them as late as 2014, in the city they liberated, in command of the Partisan units in 1944, and the naming of the streets was done by the city government of the Serbian Progressive Party (Srpska napredna stranka – SNS). This name change didn’t go quite smoothly. Peko Dapčević got a boulevard in Voždovac, which nobody complained about, but Koča Popović got the former Zagreb Street. The famous Yugoslav general was probably rolling around in his grave because of that.

Where is Serbia today? How will Belgrade commemorate its liberation on October 20th this year? History has been changed a long time ago, and this great day will probably be (mis)used yet again for political reasons, with still more minimizing of the revolutionary role of Yugoslav partisans and Josip Broz Tito. They keep forgetting that every “retouching” of the past can come back like a boomerang. The revision of history on one side automatically creates a reaction on the other and we’ll never get out of the vicious Balkan cycle of being slaves to the past.

Cicero famously said that “history is life’s teacher”, and this is what students in Serbia learn in fifth grade, when history becomes one of their new school subjects. Those who fail to learn history, like the Yugoslav people, especially the traumatic parts, are destined to repeat it. That’s why we had the wars of the 90s. We all learn from past mistakes, but it seems like we’re not very good students. Or maybe the teacher just hates us?

Journalist for the daily newspaper Danas from Belgrade. She began her career as a journalist at a private news agency Tiker, and cotinued to write for Naša Borba. She collaborated with numerous printed media, locally and abroad, worked as a reporter from the Parliament of Serbia, and The Hague Tribunal. Her topics of interest are politics and human rights. She has been working with numerous NGOs.