Home Contact About
Home People that have a soul 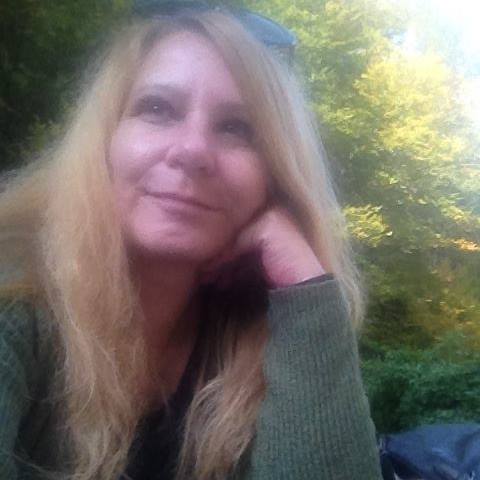 People that have a soul

In this city, people are able to say a lot with just a few words. Sometimes they do not even need words. Sarajevo quietly tells its stories, about people that have a soul.

My father was a craftsman, a master craftsman. He had a radio and TV repair shop at the OZ passageway in Titova street. Next to my dad’s store, there were two other stores, the one of the tailor Sajta Fazlagić and a photo studio, Foto Lisac. When Ivica Lisac died, his son Damir opened a café, Kafe Lisac. Every morning, as soon as they opened their shops, tailor Sajto and my dad Boško would call the waiter and tell him:

-Bring us one with two!

A single coffee pot with two cups. Do not disturb while we have coffee; that was the rule number one at my father’s shop. Especially on Mondays, when Sajto and dad would have heated discussions about Sunday football games. Sometimes, they would just be quiet. People back then were able to say a lot with just a few words. There were some other rules at my dad’s shop. He never charged pensioners and gypsies. Everyone understood why he never did it in case of pensioners, pensions used to be low back then as well, but some people would ask him why he applied it also to gypsies. Dad would just wave his hand and say:

-Gypsies have a soul!

On May 29, 1982, on the morning following my prom party at Hotel Bristol, dad went to his regular weekend walk in Crepoljsko. In Kovači, there was a bakery. Dad stopped on the other side of the street, next to a traffic sign, smiled and waved at the baker. The baker smiled too and waved back, he knew that it meant, so he went to prepare bagels. At that moment, dad reached for the traffic sign and dropped on the ground. A heart attack. He died immediately.

Several hours later, the baker rang our doorbell. It was not his job, when someone dies in a public place, the police come, but he wanted it that way. We did not know him, we knew him only by sight. We were grateful that he had come, and gave us some time before the shock that awaited us, he bestowed a human face on death.

After the baker, the people from the Territorial Defence came. Dad was the commander of TD local communities Koševo I and II. He participated in the National Liberation Fight since 1942. He was buried with all the honours. We got a suitcase full of telegrams from the whole Yugoslavia, ranging from ”ordinary people” to the highest national and republic government from that period. That was the first time that we found out that father had been wounded twice in the war, it was written in his military record that they gave us. He never told us about it, he never asked for anything from the state for it.

The war was raging ten years after my dad’s death. In April, I managed to get my daughter on a plane to Belgrade, in May, I crossed the Vrbanja bridge from Grbavica to Sarajevo. Mom came at the end of August. We were displaced persons in our own city. Various organisations prepared convoys for women and children back then, and I went to register my mom and I at every that I had heard of. I spent most of the time in front of the Red Cross, across from the Presidency building. A certain Pava worked there. It was not easy for her. We were nervous, the winter was coming, and we did not know whether we would go or stay. I would wake up already with frost in my hair, and not even the tin stove that I bought in Baščaršija could help, nor nylon-covered windows that we got from the UNHCR. The situation would change from minute to minute. You are going, and then you are not, then you are going, because that was ordered by Sefer (Halilović, author’s note). Once it seemed that the moment was finally there, so that this Pava started calling our names. She came to my name.

I raised my hand and shouted:

A man singled out from the group standing near me, approached me and asked:

-And what was master Boško to you?

-He was my father.

-Father!, a smile brightened his face, and I could see a golden tooth.

-Well, there are no longer persons like master Boško. You can go with us, gypsies, we organised ourselves. You can go as if you were my daughter.

He took a paper and pen from someone, wrote his name and address and handed them to me.

While he was leaving, I could hear him say:

– Well, there are no longer persons like master Boško, he had a soul!

Two days later, I left the city with a Red Cross convoy. Mom did not live to see it, she stayed in Sarajevo, on the old partisan graveyard Lav. I became a refugee in Prague.

In 2012, I was traveling with a Czech film crew throughout Bosnia and Herzegovina; they were making a documentary about it. I was their interpreter and guide in our country. In Sarajevo, we slept in a hotel in Kovači. I had not been in Kovači since dad died. It was the end of June, I woke up early, the sun was already warm. I sat on a wooden bench in front of the coffeehouse, next to the bakery, across from the traffic sign. There was no grass there anymore, only white tombstones, like a white forest. So many human lives, so much sorrow, pain and tears. Sun-bathed white tombstones. Every one of them represented a life, a story. And the traffic sign. The voice of a waiter made me startle. Without thinking, I said:

-Bring me one with two!

He looked at me, puzzled.

-Give her coffee, a single coffee pot with two cups.

I looked towards the bakery. An older man was standing in front of the door, he had a jacket hanging from his shoulder. He sat next to me and started rolling tobacco, without a filter. The waiter brought the coffee, and I poured it in the cups. The man took a puff, took a sip of coffee and stared at the white tombstones.

-Is it someone from your family over there?

-No. A long time ago, my father died next to that traffic sign. A heart attack.

He nodded, took another puff, and drank his coffee without averting his gaze from the tombstones.

-I am sorry that back then I brought you such sad news.

-I am glad that your smile was the last thing that my father saw.

He stood up and was about to enter in his bakery. He stopped and looked at me for the first time.

-This city, this wounded city has its soul also because of people like your father. Do not forget it, ever!

-And because of people like you. I will never forget it!

He went back in the bakery, I stood up and took a look towards the tombstones. For a moment, I could see my father standing next to the traffic sign and laughing. In this city, people are able to say a lot with just a few words. Sometimes they do not even need words. Sarajevo quietly tells its stories, about people that have a soul.

Mirjana Tešanović, was born in Sarajevo. She is a lawyer and the editor-in-chief of the portal Impuls.