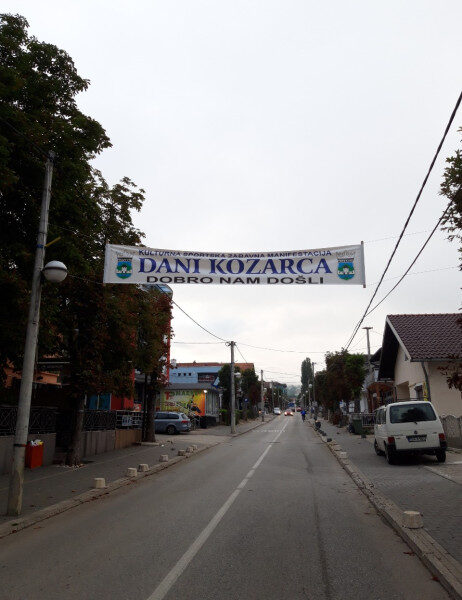 In the heart of Europe, there’s a country with a tragically history. The country has always served as a bridge between the east and west. If you visit the country for the first time, you will notice its nature, cities, and people who have been living here for centuries. Once upon a time, there was a small village in the northern of the country that served as a place of caravans, including a spot where people would trade and meet each other. The name of the country is Bosnia and Herzegovina, and the name of the place is Kozarac.

Before the tragically war, Kozarac was one of the biggest places in Prijedor municipality. Prijedor is a place that had many victims during the war in the 1990’s. More than 3000 people died, 30,000 had to leave their homes and start a new life in other countries. The war ended in 1995 with a big loss that resulted with many of the inhabitants Kozarac were killed or displace.

If you visit the place during the non summer period, you will meet just a few local inhabitants here. The big houses remain empty. Kozarac diaspora is split all around the world. During the summer period, this place is a meeting spot for thousands people. They come for holiday and spend their vacation here.

One of the biggest problems with the Bosnian diaspora is that the country still doesn’t have a Ministry of Diaspora that could improve the connection of Bosnians living abroad with their native country. Kozarac is a bright example where the diaspora have investmented in the local society. The football stadium has been renovated and the local objects have been revovated around Kozarac also from the diaspora investment.

As mentioned before, the relations between the diaspora and local society should and must be improved. One of the ways is youth activism. During the summer period, the “Most Mira” organization makes a great project by bringing youths from all around the world to discuss topics that are important for the Prijedor society. One of the results is new friendships, and also improving of their English language, but also improving the Bosnian language of foreigners and the diaspora.

Post-Dayton places around B&H have their good and bad sides. The bad sides with Post-Dayton places around B&H are that many young people do not have future, because many left Kozarac to seek a better future in other countries. The reason many young people leave Kozarac is that the unemployment is very high in Bosnia among young people. They want to try to find a better career abroad. As a societ,y we must put better efforts to make all the places in B&H to have a brighter future. One of the ways we can do that is by integrating the diaspora with the local community. The way the diaspora could integrate with the local society is through some projects and to bring local children to do some good stuffs together with their friends from diaspora. One of the best examples could be volunteering by helping the old people with some work where children could learn more about helping others and through some courses to learn more about the country where they parents are from.

Post-Dayton Kozarac is a bright example of the diaspora engagement, even if there are still things that have to be improved for making this a place as a great example where the connection between the abroad and domestic country is quite good.