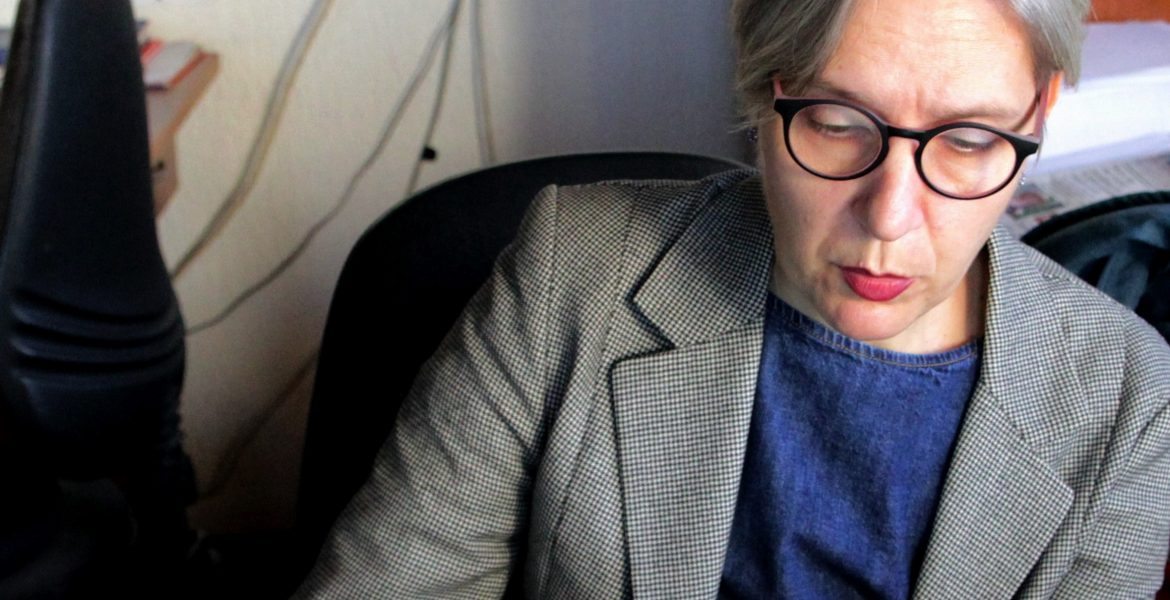 The director Jasmila Žbanić, regarding the film “Quo vadis, Aida?” about the genocide in Srebrenica, about the film premier in Srebrenica, the relationship towards it, as well as the events it depicts in Republic Srpska, Oscar candidacy as an opportunity for more people to see the film.

Right after the war they denied that anything had happened. And then they said – yes, there were killings. Then several years later they called it a crime instead of genocide. Recently they began calling it a serious crime. Soon they will start calling it what it is. War criminals and the political structures supporting them – in order to justify themselves, they place the blame for their wrongdoings on all Serbs. It is a cunning tactic to place individual blame for genocide on all citizens which destroys generations of people. Young people should be emancipated from the crime and criminals – these are the words of director Jasmila Žbanić regarding her film “Quo vadis, Aida?” about the genocide in Srebrenica. The film was made the same year which marked the 25th anniversary of this event. Due to the epidemic, its release was moved from July 12, which is the date of the events in Srebrenica, to the autumn, and after the premier in Venice, its distribution began mostly via internet and streaming platforms, because theatre screenings were not possible.

Let us begin the New Year on the bright side – hoping for a better future, or perhaps hinting at something different – your film in Serbia, but also in the rest of the region, was streamed, and not shown in theatres. What was that like and can it be the future of watching films?

First of all – Happy New Year to all! Although I believe it will be extremely difficult and full of challenges, I hope that we will find ways to enjoy it and make each other happy. When it comes to the film, yes streaming via the internet and not in theatres is a new thing which has its upside – it allows people to watch the film in isolation, but on the other hand it takes away the social component of the film, which is in my opinion very important. There will probably be a mix of theatres and individual streaming in the future, or there will be some new hybrid model still unknown to us. We are certainly in a process which will bring many new things.

How did you feel about the premiers and the festivals without a live audience? One Belgrade film critic noticed that this, really social function of film, is wrongfully placed in the area of aesthetic criteria. What do you think about that?

It’s not an aesthetic criterion, but it is an important aspect of film. When you make dinner for a bunch of friends and then you all eat together everything is much tastier and intense. When you eat that same dinner alone it’s not less tasty but it is missing so much. We had a lovely premier in Venice with an audience, and we managed to have theatre premiers in Bosnia and Herzegovina, Austria and Germany, but then there is the rest. Reactions of people watching via the internet also fill my heart, but it cannot compare with stepping before an audience after a screening.

There was a live premier in Srebrenica, still in controlled conditions, and with a limited audience. But it seems that this screening for a group of people together was exceptionally important in this city?

Yes, especially because we organized the first screening for young people from Bosnia and Herzegovina, Serbia and Croatia. Due to the corona-related measures the number of people in the audience was limited to 100. But it was excellent. There were no stars or VIP at this screening. The stars and VIP for us are the young people. What was important was to watch the film together and talk about it afterwards. This is a film about Srebrenica in 1995, but it is also a film about us today and about the future that we can build together. That’s why it is important for me that young people see this film, so that we can all move forward together.

The current authorities in Srebrenica didn’t allow filming in the original locations, and when the film came out in Bosnia and Herzegovina it couldn’t be seen in Republic Srpska. Did anything change in the meantime?

Republic Srpska lives in a political dictatorship and in a narrative which hasn’t changed since the war. People live in worse conditions and all I can see is regression year after year. But that is the choice of the people who live there.

Is the return of the main protagonist to the place of the killings an attempt to show that it is possible and necessary to live together or is she back to remind those who killed her family and persecuted her of the crime and their role, their guilt or responsibility for those crimes?

War criminals and victims still live in Srebrenica with the rest of the citizens. Their children go to school together. That is the reality of life in Bosnia and Herzegovina. The film ends with that, because it raises the question of where we are all going together.

Choosing an excellent actress like Jasna Đuričić for the main role was not unusual considering, as you mentioned, your previous successful collaboration. Still, is it and to what extent important for this film that the leading actress is from Serbia?

I don’t choose actors based on their nationality, but based on how well they fit the role. If I had found Aida in Bosnia, I would have worked with an actress from Bosnia and Herzegovina. Or Croatia, like I did for other films. Jasna Đuričić is a great actress and ideal for the role of Aida. The fact that she is Serbian goes to show how Serbia is full of talented people of different opinions and attitudes.

You chose Boris Isaković for the role of Ratko Mladić. Was it important that someone from Serbia plays this role?

No. If an actor like Boris Isaković happened to be Croatian or Bosnian, he would have played that role the same way. Apart from our region, nobody knows that Jasna and Boris are from Sebia., Izudin, Dino and Boris Ler from Sarajevo, Alban from Kosovo. Their birthplace and nationality do not contribute to their quality. What does contribute to it is their diversity.

Your signature topics as a director are serious and engaged, dealing with the current moment and the recent past. One could say that the majority of significant female directors in the region are dealing with similar narratives in their films. Why don’t female directors, especially here (not including production reasons), work with some other genre like SF, thrillers, or historical epics like their male colleagues?

That is an excellent question and it would require an analysis to see why that is so. Perhaps it is because women are more responsible and react to things in society in a sensitive and engaged way. But that does not mean that we don’t have the desire to make other types of films. Maybe now is the right time. We are getting a lot of screenplays from the US to make genre films. The idea intrigues me, but we will see…

Do you have any idea what the chances are for your film regarding the Oscars? Could it perhaps be nominated in your opinion? Do you have any feedback from any members of the Academy who make these decisions?

Some people I know professionally call me up to tell me how much they love the film and how it moved them, that it doesn’t speak only about Srebrenica but about every fascism. Some media place us in the top 10, but that doesn’t mean that enough members of the Academy saw the film and voted for it. We know it’s good, but we don’t have other types of necessary support to ensure the members of the Academy take notice. Unfortunately, we didn’t receive a single penny from any level of government in Bosnia and Herzegovina to promote the film, so we cannot compete equally with films which have the state machinery to back them up, but we hope that word of the film will spread. With or without the Oscars, the film remains the same, but of course that symbolic statue would give it incredible power so many people would want to see it.

Journalist and editor of the cultural section in the Belgrade daily newspaper Danas. She graduated from the Department of Serbian language and literature, at the Faculty of Philology in Belgrade. She wrote for the Serbian edition of Elle magazine and published several articles in periodicals about literature (Pekićevi anali, Kovine) and theatre (theatre paper Ludus). She took part in several journalistic juries for local film festivals.