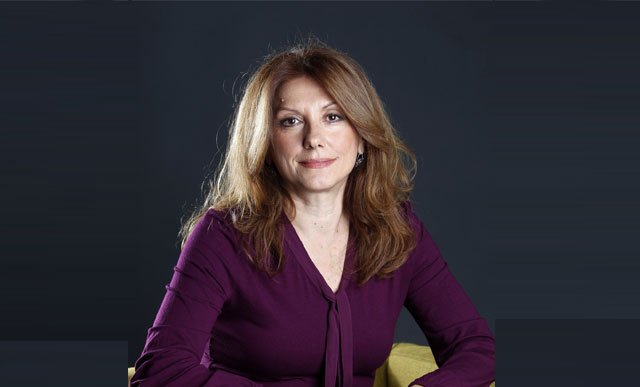 Those who claim that there is no catharsis without an awareness of guilt are right. And perhaps this is the shortest answer to the lack of true dealing with demons of the past. We live amidst a total confusion of values, a quarter of a century removed from the wars in former Yugoslavia. This great historical mirror has been turned to the side. And for the past several years, instead of ending the process of dealing with the consequences of the wartime past and the responsibilities for the crimes, the Serbian society has been radicalizing deep down, while from the shadows, from the margins of society, but every so often from within the circles close to the government or from the government itself, voices rise up, growing louder and louder, bringing us back to the time of denying the crimes and essential celebration of war criminals. This is, sadly, the new political landscape of Serbia which this society is getting used to almost without any resistance.

The new normality, for example, has become playing a recording of a telephone call from Radovan Karadžić from his cell at The Hague Tribunal on national television, during a public debate at the Serbian House in Podgorica (opened by the high functionary of the ruling SNS party Nikola Selaković), to send a message once again that “states and children are born in blood”. Or to have the newly established parade resembling the Russian Immortal Rgiment be lead a year ago by the retired general and The Hague convict Vladimir Lazarevic, in accordance with the trend of rehabilitating war criminals from all the wars.

Where is Serbia actually going these days? This is the question which doesn’t offer encouraging answers. The contours of that road, unfortunately, are being drawn in by those in power in Serbia ever since they’ve taken over the political leadership. We should keep in mind that the above mentioned Nikola Selaković, officially greeted The Hague convict, general Lazarević as a Serbian hero, whose accomplishments, he said, should be taught to children in schools. And the Minister of Defense, Aleksandar Vulin, made it possible for Lazarević to train cadets, and to bring back to the public life the very people who were rightfully removed from it because of the committed war crimes.

And then the Prime Minister of Serbia, Ana Brnabić will say how absolutely “proud she is that Serbia managed to process the problems from the past” and she will not give a single gesture which might indicate a potential dilemma whether it is ethically acceptable for convicted war criminals to be glorified as national heroes and role models, give lectures in state institutions, be ceremonially greeted by the state, which promotes them and publishes their books as they hold high ranks in party structures of the ruling coalition.

“I think that Serbia is by far the best example in the region for how a country ought to deal with war crimes” she explained, convinced that Serbia “obeyed everything that was asked of her”. The Prime Minister was unsatisfied at the time because of some reactions from the public to her statement from 2018 in an interview with Deutsche Welle that “a horrible crime happened in Srebrenica, but not genocide”. With that statement she basically undid the Declaration on Srebrenica, which the Serbian Parliament adopted with great effort, bridging the terminological sensitivity to the word genocide, referencing the ruling of the International Court of Justice. The court ruled that what happened in Srebrenica was genocide.

The dilemma whether this was the Prime Minister’s personal opinion or the official state policy is continually being resolved by the public and the political scene in Serbia. Because in Serbia offending the mothers of Srebrenica in Parliament happens with impunity, and it is accepted that the main executioner of Srebrenica Ratko Mladić has a video call during a television show from his cell at The Hague to talk a bit with the guests. Or for the violence in the opposition-ruled municipality of Stari Grad in Belgrade and in Novi Sad pass without severe condemnation, when radicals promoted the three-volume book titled “There was no Genocide in Srebrenica” and with insults and curses, at Šešelj’s command, trampled all over Nataša Kandić and dragged her across the floor, and harshly kicking out the activists of the Youth Initiative for Human Rights and the Humanitarian Law Center.

This image of the acceptable circle of values can be completed with increasingly more frequent graffiti of Nazi symbols on buildings all over cities in Serbia. But also with stimulating and encouraging right-wing extremists to establish a certain level of relations toward war crimes. It seems that it’s completely in the spirit of European values, as the Serbian government understands them, to have the Minister of Labor and Social Policies Zoran Đorđević, advisors and state secretaries, generals, a president of a municipality, advisors in the Ministry of Foreign Affairs, presidents of veteran’s associations and the former bodyguard of Ratko Mladić all seated in the front row at the premier of the documentary which the right-wing extremist Miša Vacić, a great fan of Ratko Mladić, filmed about himself, in February 2019.

Or to have that same right-wing extremist direct an ultimatum toward the President of Serbia Aleksadar Vučić in a talk show hosted by an SNS MP Vladimir Đukanović with the request to stop civil protests or else he will have to send his right-wing guards to defend the people. It is becoming completely usual and acceptable for that right-wing leader, who threatened to personally mobilize children for the war in Kosovo, to be a competition supervisor at the elementary school “Jelena Ćetković” in Belgrade, as an “expert for battles and wars”. Or for him to one day simply show up in the Government Office for Kosovo and Metohija, without us ever finding out how he got there and who put him there. Just before the coming elections it’s becoming clear that this right-wing extremist will receive serious backup, because after years of hiding in Italy, after a bizarre revocation of the verdict for causing religious, racial, and national hatred, Goran Davidović Firer, the leader of the banned neo-Nazi movement National Alignment, returned to Serbia.

The Minister of Health, Zlatibor Lončar, in response to tensions caused by the Law on Freedom of Religion in Montenegro, says: “We don’t have a single declared Serb as director in Montenegro, while here we have those Montenegrins who don’t even know how to speak proper Serbian.” Asked later if those who don’t speak Serbian work in healthcare, he replied: “I’m seeing to it that they don’t!” So how, in such an atmosphere of violence, can we expect people to look around and try to understand what happened to us in the past?

The situation in Serbia is taking us further away from the possibility of completely dealing with the ghosts of the past, with crimes and responsibility. Growing extremism doesn’t allow the past to truly pass. It keeps waking it up and preserving it. It makes wars in these parts last, only changing forms. And makes us miss our chance to face our responsibility.

This is why the society in Serbia is still in the phase of denying crimes, even though those who had committed them have been, paradoxically, processed a long time ago.

That’s why what politicians are saying is of the utmost importance. Let’s not forget that everything began from language. All political consequences are born from extremist speech. The language of war preceded the destruction of the 90s. Only those dangerous instigators and accomplices of all conflicts and war crimes remain forever protected from responsibility. Here they are today, poisoning the public space with hatred and exclusivity, with no responsibility toward the fact that there is a thin line in the Balkans between the fragile peace and the tragic belligerence.

Vesna Mališić was born in Kotor. She graduated from high school in Here-Novi, and from the Faculty of Political Sciences in Belgrade. She has been working in journalism since 1982, first as an associate and then as a journalist and editor of several respectable weekly magazines. She was a journalist and editor of the magazine Dugi (1983-1999), editor of the weekly topic in the weekly Bloc News (1999-2001), editor-in-chief of the magazine for culture and society Prestup (2001-2008), editor of comments and analysis in the daily Blic (2008-2009) and since 2009 the deputy of the editor-in-chief of the weekly magazine NIN. She has published several books:
Man of Fear, (1986) published by Partizanska knjiga Belgrade;
Discussions About the Book, (1988) published by Naučna knjiga Belgrade;
Dream of Serbia, (discussions with Zoran Đinđić about October 5th), 2004. published by Čigoja štampa;
Cardboard Box, collection of reports (2007)  published by Službeni glasnik.
She is a member of the Independent Association of Journalists in Serbia and the International Federation of Journalists (IFJ).