Home Contact About
Home 850 Priorities and the time that passes 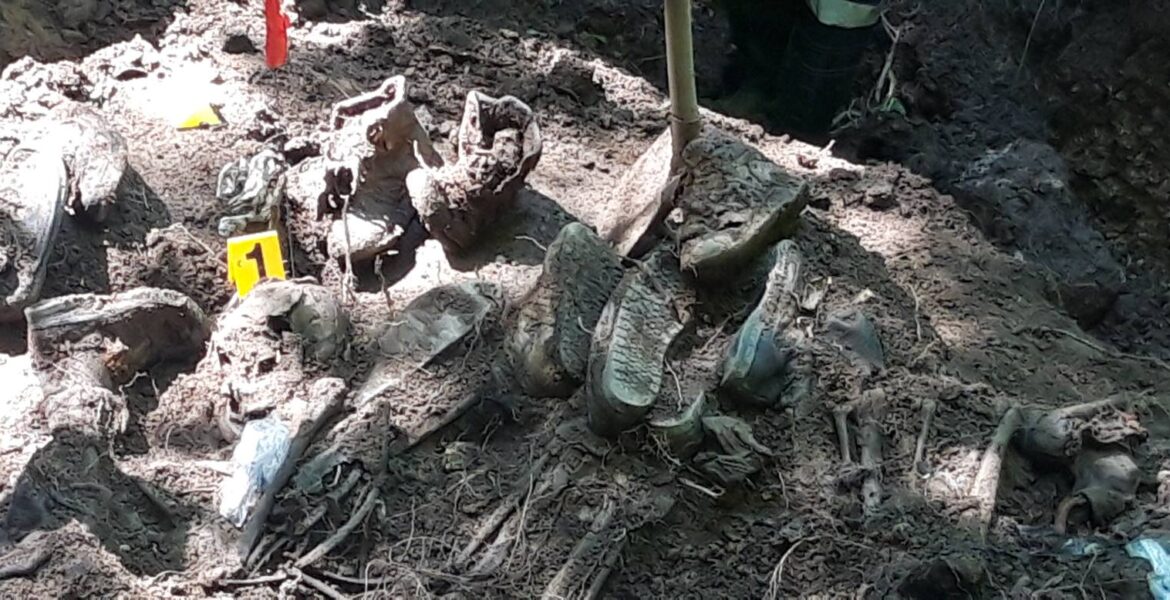 850 Priorities and the time that passes

Currently, Bosnia and Herzegovina (BiH) is stuck in the process of adopting a revised National War Crimes Strategy, which has not yet been discussed by the BiH Council of Ministers.

I have been reporting on war crimes for many years, and long ago I lost the initial enthusiasm I had that all victims would find justice. Unfortunately, the time to achieve true justice is slowly running out, as the OSCE Mission in BiH also warned in its 2019 report on " War Crimes Management at the Prosecutor’s Office of Bosnia and Herzegovina".

"If it continues to work at this pace, it will take the BiH Prosecutor’s Office another 10 years to complete the war crimes cases initiated so far" emphasizes the 2019 OSCE report.

International representatives are clear: "In order to speed up the process, the State must adopt a revised National War Crimes Strategy." The OSCE Mission in BiH has repeatedly emphasized that the revised Strategy offers the best way to complete all war crime cases by 2023, and suggests concrete measures that will accelerate the allocation of the remaining cases – the most complex cases should be processed at the State level, and all other cases at the entity/Brčko District level.

BiH legal experts agree with the international representatives, that failure to observe the revised Strategy would slow down the processing of these crimes and would create inter-ethnic tensions.

At the same time, victims’ and detainees’ representatives emphasize their lack of satisfaction with the work of the BiH Prosecution Office in 2019, and believe that the judiciary should abide by the strategy it has had in place since 2008. There are several objections to the revised Strategy, one of them being that it “does not define a model of regional cooperation”.

The Strategy adopted in 2008, as we recall, envisaged that the most complicated cases would be processed at state level within seven years, and all other cases would be transferred to the entity level and completed within 15 years.

Given that the seven-year deadline expired at the end of 2015, and that the most complex state-level war crimes cases were not completed, a revised strategy was drafted to ensure that more cases are transferred to the entity unit level.

Some of the Associations believe that priority in war crimes prosecutions should be given to the 850 cases from the "A" list that The Hague Prosecution submitted to the BiH judiciary in 2004.

The association of Victims and Witnesses of Genocide have stated on several occasions that they have asked every prosecutor who has headed the BiH Prosecutor’s Office over the last ten years what happened to these 850 suspects. They have never received a response from these prosecutors.

The OSCE Mission to BiH considers it unlikely that the “A” category cases will be processed in a timely manner.

Although the "A" category cases differ in their severity and complexity, the OSCE is of the opinion that there is sufficient evidence for all cases to continue to be prosecuted.

In 2017, the prosecution filed 38 indictments for war crimes, a year later it filed 27 indictments and 21 this year. In 2019, the BiH Court issued 24 final verdicts, sentencing 33 individuals to 318 years of imprisonment terms for war crimes. The Interpol has issued arrest warrants for three individuals convicted by law. Ultimately, 12 individuals were acquitted in 10 cases.

Searching for the Missing

Apart from the issue of (non)adoption of the revised Strategy, Bosnia and Herzegovina faces another problem concerning war crimes cases.

Just over 24 years after the war in Bosnia and Herzegovina, and 7,206 persons are still reported as missing. The BiH Institute for the Missing Persons has repeatedly called for it to be time to expedite the process of finding missing persons.

However, one of the key problems is the lack of reliable witnesses and public will to reveal the location of individual or mass graves. Witness statements are inaccurate and after so much time, the elements have changed the landscape, so that many locations now look different.

BiH is a regional leader in finding missing persons, but here there is no political will to complete this process. There can be no joining the EU without addressing the issue of the missing persons.

BIO: Zinaida Djelilović works as a journalist at Oslobođenje and Dani. It is the first multimedia editorial body in BiH which means that it work on stories from different angles and for different types of media. During her 18-year career in journalism, she mainly dealt with topics in the judiciary. She was an editor for some time, but that kind of job binds you to the newsroom, which didn’t fulfill her. Djelilović enjoys being in the field, talking to people, exploring… Most of all, she loves to work on stories that contribute to a change in society and that focus on anomalies. Most of her texts focus on war crimes and the situation in the BiH judiciary, the work of judges and prosecutors, but also the High Judicial and Prosecutorial Council of BiH as a regulatory judicial body.

Photo: Mass grave, Mt. Igman, BiH (Source: Missing Persons Institute of Bosnia-Herzegovina). Key problems are the lack of reliable witnesses and public will to reveal the location of individual or mass graves.