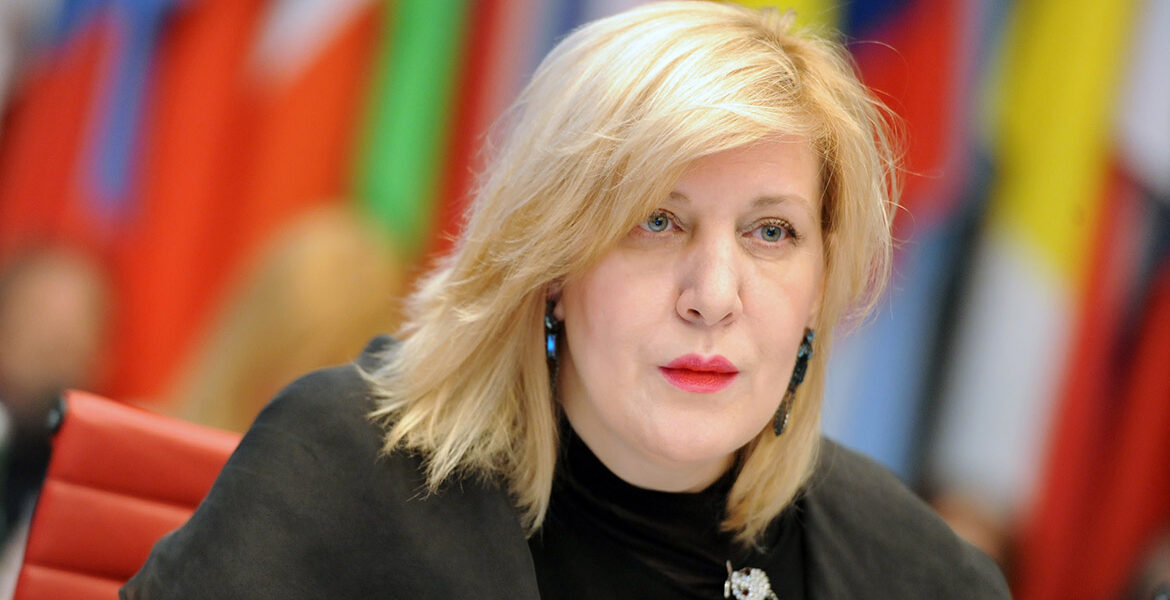 Srebrenica: dehumanising the Other

Srebrenica genocide did not happen by accident and began well before its full horror became visible. It took shape with public discourse that dehumanised the Other

Nermin Subašić was only 19 years old when paramilitary groups butchered him and scattered his bones in and around Srebrenica. Nermin was not the only one. More than 8,300 men, women and children were brutally slaughtered during the Srebrenica genocide, one of the darkest most heinous pages of Europe’s recent history. Their stories might have been forgotten if it were not for the Mothers of Srebrenica and Žepa.

These mothers, wives, and sisters have wiped away their tears and given their suffering a purpose. Not seeking revenge, for 24 years they have been relentlessly calling for justice. And they have a message for us: stop dehumanising the Other.

Many do not know and do not want to know about the Srebrenica genocide. Others think that it was a local issue, an accident of history that does not bear relevance for the rest of the world. This mindset is not only one of disinterest or relativism: it also reveals the underlying anti-Muslim feeling so common in Europe. The Srebrenica genocide undeniably had a religious matrix. Those human beings were killed only because they were Muslims. And this happened with the complicity of a passive international community which knew what was happening but chose to look away.

In this sense, the Srebrenica genocide is a mirror in which all of us Europeans should take a long, hard look at ourselves. Europe is certainly not on the verge of seeing another Srebrenica occurring any time soon. However, the resurgence of nationalist movements stomping across our continent and proclaiming themselves the defenders of a “Christian Europe of traditional values” does not bode well for the peaceful future of our society.

In this context Muslims are, once again, among the preferred targets not only of extremist groups, but also of mainstream politicians. For centuries Europeans have looked at Muslims with wary eyes. However, since the string of terrorist acts which began with the attacks on the World Trade Center in New York on 9/11, all Muslims have been tarred with the same brush and have been living in increasingly hostile societies.

Over the past two decades, reports have consistently warned against raising anti-Muslim feelings and practices in Europe. However, despite the compelling evidence, the situation has not improved. A report of the experts of the European Commission against Racism and Intolerance published a few weeks ago has confirmed this and warned against the persistence of anti-Muslim feelings in most Council of Europe member states.

One only has to read reliable news sources to find evidence for this. In many European countries, Muslim women are frequently assaulted for wearing face veils or headscarves; mosques are being attacked and cemeteries desecrated; discriminatory practices make it harder for Muslims to get a job, a house or citizenship. Law enforcement officers still engage in the illegal practice of stopping and searching Muslims based only on their appearance. Since most new immigrants are from countries of Muslim faith, they are met with the same distrust and suspicion that European Muslims have endured for decades now.

Muslims are not alone. Hate incidents continue to scar the lives of Jews and Roma, who are also among the preferred scapegoats of those who still separate humankind into “races”, classes and hierarchies. This is compounded by a toxic, nationalistic, irresponsible and cynical discourse spread by many prominent political leaders in Europe. Where all this can lead is very clear to me and to many of my compatriots, but the question is if this is clear to the political leaders and decision makers in Europe and beyond?

I grew up in a country that no longer exists because of those who fanned the flames of ethnic hatred and division. I saw the brutality and bloodshed of rampant nationalism, the division it sows and the subtle ways in which it seduces with false promises.

By now, history should have taught us that such a situation only brings destruction. However, it seems that we have not listened carefully enough.

If we want to reverse this dangerous trend, we had better draw the right lessons from the Srebrenica genocide. It did not happen by accident and began well before its full horror became visible. It started when human beings were singled out because of their identity. It took shape with public discourse that dehumanised the Other and marginalised critical voices. It took its final form in deliberate acts intended to destroy a group of people – before the unseeing eyes of those who did not feel concerned by the situation.

As with any other genocide, what happened in Srebrenica has a meaning that goes well beyond the borders of where it took place. It tells us a cautionary tale. One that warns us that if we accept, condone or ignore attacks against specific groups of people, our societies will provide fertile ground for the seeds of hate to grow.

The message of the Mothers of Srebrenica and Žepa is that we must not fall prey to this mistake again. They tell us that if we want to live as equals in diversity, if we want to live free from indoctrination, hate and violence, if we want future generations to have the same hopes and expectations as us, then we must stand up now.

We must defend the values and principles of equality, respect, diversity and inclusiveness on which Europe is based. The time has come to take sides and work together to replace the seeds of hate with those of respect.