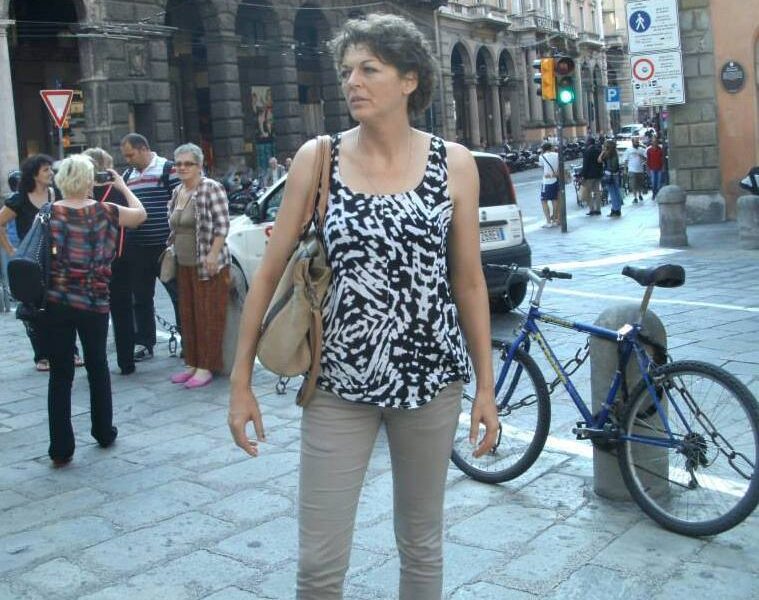 Nevena Medic was recently awarded first place in the Post-Conflict Research Center’s “Srđan Aleksić Youth Competition”. “Srđan Aleksić Youth Competition“, challenges young people in Bosnia to discover, collect, and share stories of peacebuilding, moral courage, and interethnic cooperation from their local communities. Through the competition, the center hopes to inspire youth to take an active role in the promotion of positive examples of people who are making a difference in the lives of others in Bosnia-Herzegovina.

Balkan Diskurs spoke with her about her life, facing the past and a better tomorrow in Bosnia-Herzegovina. “Nevena says that education is the best model for facing past, because it requires somebody to reach a deeper and wider understanding of cause and consequences. The process of facing the past, according to Nevena, should move from the personal to the community level. The moment, she says, when we all ask ourselves honest questions and answer them, is when we can consider the process of “liberation” to have begun. Regarding the process of liberation, Nevena thinks that people are still slaves to the ideas like who started the war and who is the bigger victim. Aside from education, Nevena also lists art and creativity as ways of facing the past.” For entire interview visit Balkan Diskurs page.

Here is a winning story.

During the war it was difficult to help friends of another nationality because you were generally characterized as a traitor among your people, but Brankica was sure she had made the right decision.

Brankica Bošković was 17 when the war started. As she recalls, her teenage days were spent in school and at gatherings and other festivities in the village of Skelani.

Brankica went to high school in Bratunac, along with her friend Amira. Those school meetings were soon replaced with the painful experiences of war and exile.

With the start of the war came the realization that their dreams had come to a halt and that the society they once knew was gone. These terrible events have left bitterness and scars that we somehow quietly bear to this day.

“When the war started—I don’t even remember when anymore—we fled to our aunt’s house in Bajina Bašta for fear that our village would be attacked,” says Brankica.

According to Brankica, her father came home with two girls one afternoon.

“One was familiar to me, but in that moment I didn’t realize who she was. What I did understand in that moment was that there was war. I knew she was of a different nationality, which is why I wasn’t expecting her to show up. Then, I recognized her. It was my schoolmate from Bratunac Amira Jahić standing in front of me, and next to her was her cousin. They had been captured when my father saw them in Skelani. He knew that this was my friend from school, so he put them in his car and brought them to Bajina Bašta,” remembers Brankica.

Brankica explained that her friend Amira knew about her father from the stories she had told. They had often joked: ‘Take off your makeup when my dad comes around!’ He was strict when it came to wearing makeup, explains Brankica.

Brankica remembers how their childhood had been stolen from them. She explains how their generation did not get to experience the magic of school field trips or 18th birthdays.

“Things changed overnight. Those were the years when you had to grow up in a summer or winter’s time,” says Brankica. She emphasizes how some things get repressed for years, but there were certain memories that have always remained with her—like the day the girls showed up at the door, and the day she tried to get them to the Red Cross.

“The two of them spent the night with us that night. We ate and then talked for hours. They were both barefoot. I remember the night well. It was the night I tried kajmak and jam on bread for the first time. Together, we ate the spread on slices of bread, but I still remember the tears that were falling on that bread. I will never forget that. In the end, we couldn’t eat anymore, only cry. There were six of us in the room, including my little brother, and we all cried together,” says Brankica.

She says that, in the morning, she got ready and gave both girls some shoes to wear.

“I gave them shoes and was left with one pair. They changed clothes and bathed so as not to be conspicuous. To get to the Red Cross, we went through some fields so as not to be seen, because my father was already in trouble for picking them up and saving them. We arrived at the Red Cross, but there were some people standing in front of it, so we didn’t want to enter. We hid around the side of the building for a long time. We decided to try again the next day. When we arrived the second time, I somehow managed to get them inside and escape,” Brankica reveals.

If everything were to happen all over again, she says she would still do it all the same.

She believes, however, that the main question is whether, in that moment, you would react with your heart or with a poisoned mind. The decision Brankica made, she made with her heart.

She emphasizes that going with your heart is always the better choice, because the decisions we make with our hearts are often more correct than those that we make with our minds. She believes that more lives would have been saved—and maybe the war would never even have happened—if people were more willing to show their humanity and bravery.

“My father has three daughters, so he knew what it meant to follow your heart. All those who have children know what this means. If people could have related their own children to those who were captured—like my friend Amira or my cousin Mitra who was my age when she was tortured and killed alongside her family member—this would not have happened. There is no shame in saving a person, no matter their nationality. There are humans and there are animals. This will always be the case,” concludes Brankica.

After Brankica secretly took Amira and her cousin to the Red Cross, she had no knowledge of how their voyage had continued. She later discovered that they escaped abroad, alive and healthy. “One day,” Brankica recalls, “the phone rang.” It was Amira.

“I wondered how she got my number because I was still a refugee. She said she was in the Netherlands, married with children. When she called me, it was an incredible feeling, I have no words to describe it,” says Brankica.

She met Amira two or three times in Srebrenica. She said they had coffee, but never talked about the war or its consequences. They needed no clarification; they knew what had happened. Instead, they talked about the present.

During the war it was difficult to help friends of another nationality because you were generally characterized as a traitor among your people, but Brankica was sure she had made the right decision.

“In the end, many people will dislike you. They make themselves feel better this way – not to like you so as to make your actions seem worthless.But I know I made a right decision. Just like my father did,” Brankica adds.

“We as a family experienced many hardships. You are either considered a Chetnik or a Serb traitor, and that remains true to this day. I pay no attention to this. I am not ashamed of anything. And just so you know, I will never forget that slice of bread upon which those tears fell,” says Brankica Bošković.

Brankica is the founder and President of association “Podrinje 1”. In this underdeveloped part of Bosnia and Herzegovina, hers is the only female association in Skelani that helps employ and empower women. Her organization grows various medicinal plants and herbs. The collection, cultivation, and processing of medicinal herbs is the only source of income for a number of women from Skelani, and Brankica tries to motivate women from various ethnic backgrounds through her endeavors, thus contributing to a community that suffered great losses as a result of war.