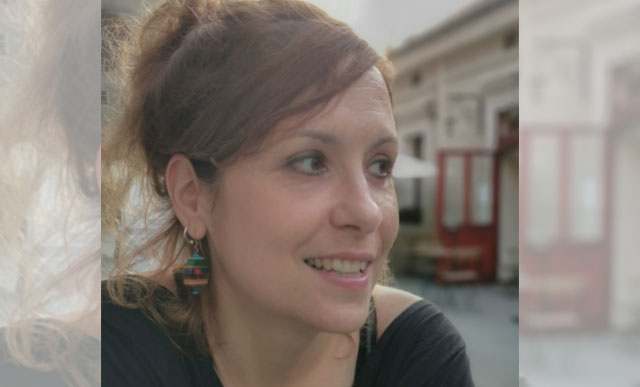 The Danger of Silence

“To remember a crime, name its perpetrators and show respect for the victims in a dignified way, is our responsibility. But being aware of that responsibility lies at the center of our national identity”. This was a statement of the German Chancellor, Angela Merkel during her visit to the largest Nazi concentration camp, Auschwitz in Poland.

Since taking office, Merkel visited former Nazi concentration camps several times, and her visit to Auschwitz was the fourth arrival of a German Chancellor to the place where 1.1 million people, 90 percent Jews, were murdered during WWII.

During her visit Angela Merkel emphasized that her words are not mere rhetoric, especially not now when racism, intolerance and anti-Semitism are on the rise both in Germany and all of Europe.

Many politicians who came to power in Germany after WWII did the same as Angela Merkel – spoke openly about the Nazi crimes, called them for what they were and condemned them explicitly and uncompromisingly. A former chancellor, Willy Brandt, during a formal visit to Poland in 1970 visited the Warsaw ghetto and kneeled before the monument to victims of Nazism.

The Prime Minister of Serbia, Ana Brnabić, gave an interview for Deutsche Welle in which she said that Serbia will do more for establishing a rule of law, for dealing with the past and turning towards the future.

Still, when asked several times if Serbia will admit that the massacre in Srebrenica was genocide, in accordance with the rulings of two international courts, she replied that it was a heinous crime, but that she did not believe it was genocide.

“That wasn’t done in the name of the Serbian people and Serbia cannot collectively be held accountable for what happened there”, Brnabić said. The president of Serbia Aleksandar Vučić never qualified that crime as genocide, following the same principle.

Part of the explanation for such a persistent refusal to admit the verdicts of international courts can perhaps be found in the essay “Who are the War Criminals” by George Orwell, who, talking about Mussolini and an imaginary trial for this fascist leader and dictator, reminds us that between 1928 and 1940 he was supported by those who could, had that trial come to pass, have been in a position to try him. “How can something which was celebrated at a time when it was committed – now become a crime?” wonders George Orwell.

So the conclusion presents itself that naming the criminals, precisely defining the crime and an honest apology, like the one that Willy Brandt made – can hardly be expected from Vučić. With such a president, it’s possible to have Vojislav Šešelj, convicted for war crimes at the Hague Tribunal to ten years in prison for the persecution of Croats in the village of Hrtkovci, who not only refuses to give up his opinions from the ‘90s, but keeps expressing them more openly and aggressively, sitting in Parliament.

With such a president a Minister of Defense such as Aleksandar Vulin is possible, who in 2017 stated that the generals and high ranking officers from the Yugoslav Army who commanded the war in Kosovo (among whom is Vladimir Lazarević, convicted at the Hague for the responsibility of command for war crimes) are “exceptional men”.

But reacting to the recent decision of the Sarajevo canton to proclaim the winner of this year’s Nobel Prize for Literature, Peter Handke, as persona non grata for his support of the politics of Slobodan Milošević, Vulin named the capital of Bosnia and Herzegovina, where 10,000 people were killed during the occupation – “a Balkan Jamahiriya”

It’s been stated so many times that with such representatives Serbia cannot – as Ana Brnabić puts it – deal with the past. But this is not just because of nationalist, racist and hateful statements made by Vojislav Šešelj, Aleksandar Vulin and the rest, or the refusal of Ana Brnabić and Aleksandar Vučić to talk openly and precisely about the crimes in which Serbia participated, the only reason why this country hasn’t changed its opinions about the past in years.

Some ten years ago the Office of the War Crimes Prosecutor was considering the possibility of indicting the journalists in Serbia who influenced the war propaganda through their reporting during the ‘90s. Although these proceedings never came to pass, the fact that such an investigation took place points at the responsibility not only of those in power for what they say, but also journalists, writers, intellectuals and all other public figures.

This responsibility becomes even more apparent in wartime, when cities are being destroyed and occupied, people tortured and murdered in concentration camps, but it is great in post-war as well – when the long and painstaking process of that, so many times mentioned – dealing with the past, begins.

In his essay George Orwell says that the most important thing isn’t to punish war criminals, but to publically shame them.

So, crimes should be called for what they are, perpetrators should be named and shamed and always keep in mind what happened and where, who participated in war crimes directly, and which public person supported the politics of war which cause the wars in former Yugoslavia and the deaths of some 130,000 people.

In his article, the writer, journalist and director Zlatko Paković recently drew attention to the show “Veče sa Ivanom Ivanovićem” (Evening with Ivan Ivanović), and the guest appearance of academic and poet Matija Bećković. He reminded us that Bećković (whom Ivanović presented as the most ingenious Serb) used to be among the intellectuals who, during the nineties, openly supported the politics of Slobodan Milošević. Still, the host, even though he had an hour and a half, never asked his guest anything about that period of his biography, nor if he felt in any way responsible for what followed.

Perhaps it might have occurred to him, had he read the book by Viktor Ivančić (co-written by Nemanja Stjepanović and Hrvoje Polan) “Beyond Seven Concentration Camps”, in which the author, journalist and essayist reminds us which intellectuals from all over former Yugoslavia (among them Matija Bećković) fully supported nationalist politics, which resulted in crimes, in cultural institutions among other places, where thousands of people were beaten, humiliated, sexually harassed, raped and brutally murdered.

Silence about such things, at a time when a society must deal with the past, as dangerous as when Aleksandar Vučić or Ana Brnabić deny the genocide in Srebrenica.

What is also dangerous is that Ivan Ivanović, now a TV star, who has often been called on social media a journalistic legend and fighter for freedom, several years ago had the journalist Milomir Marić on his show, and spoke to him about his friendship with Željko Ražnatović Arkan during the ‘90s.

Not once did he mention that the leader of the paramilitary unit “Tigrovi” was indicted at the Hague Tribunal for war crimes – for two accounts of mass murder and one forceful imprisonment of people in Sanski Most, and for one account of rape. So how can a viewer of Ivanović’s show, who didn’t want to know about the crimes during the ‘90s (and there were a lot of such people in Serbia) find anything out about that time now, when the Prime Minister of Serbia says that it’s necessary to deal with the past?

In his book, Viktor Ivančić reminds us that a part of the film “St George Slays the Dragon” (Sveti Georgije ubiva aždahu) by Srđan Dragojević (2007) was filmed in the compound in Omarska, where several thousand people were imprisoned, and hundreds of non-Serbs murdered.

This fact wasn’t of importance for the director and the crew, so, as Ivančić writes, when asked by a journalist if he felt uncomfortable for filming at the site of a former concentration camp, the actor Lazar Ristovski replied: “Please, for the love of god, what has that got to do with anything”, and added – “What you are asking has nothing to do with our film or with what we are doing here.”

Milomir Marić, who was on-again off-again friends with Arkan, perhaps did read Orwell, but that didn’t stop him from having Ratko Mladić, who in 2017 was convicted of war crimes and sentenced to lifetime imprisonment at the Hague, phone in on his show.

Marić saw nothing wrong with this, and he tried to explain the inclusion of the convicted war criminal in his show with his supposed professional approach to work, and that he would – “do an interview with Hitler as well.”

Olivera Zekić, member of the Council of the Regulatory Authority for Electronic Media, saw nothing wrong with this as well, and she told the “Insider” journalist that it was about the fight for the market and viewers and that those who care about morals should turn to the church.

The central place at the Belgrade Book Fair for the past two years has been occupied by Vojislav Šešelj’s publishing house “Velika Srbija” (Great Serbia). His presence, according to the media, was a non-issue for the representatives of the Fair’s Board – neither legally, organizationally nor morally.

They are all simply doing their jobs. This opinion reminds us of Hana Arendt’s thesis about the banality of evil, which she bases on Adolf Eichmann, a high ranking officer in Nazi Germany, who was responsible for the deaths of a million people, and who stated at his trial in Israel that his conscience would bother him only if he hadn’t done what he was ordered to do. He was only doing his job.

But the way in which they do their jobs, those who hold such high positions in Serbia, and then fail to ask a certain question or remind the audience of their guest’s biographies, unfazed by the décor in which they work, even though people were tortured and murdered there less than 30 years ago, is a cunning planting of lies, sweeping dark parts of history under the carpet, and tacit denial of verdicts by international and local courts for war crimes.

This is why the current government isn’t solely responsible for this dangerous not dealing with the past in Serbia, but everyone who in any way has the power to influence the public opinion. Only persistent reminding, whenever there is a reason or a cue, about what happened in the past, who was responsible, and what were the consequences for that, can prevent – as Orwell says at the end of his essay – romantic light from turning scoundrels into heroes.

Una Sabljaković was born in Belgrade. She graduated from the Faculty of Philology, University of Belgrade, Department of French Language and Literature, and from University Paris 8 Vincennes – Saint-Denis, Department of Philosophy. She worked as a journalist, covering foreign policy for the Beta news agency in Belgrade, and since 2013 she has been working as an associate for the Serbian, Croatian and Bosnian Deutsche Welle. She completed a one-year photography course in Florence, at the International School of Photography and Visual Storytelling APAB.