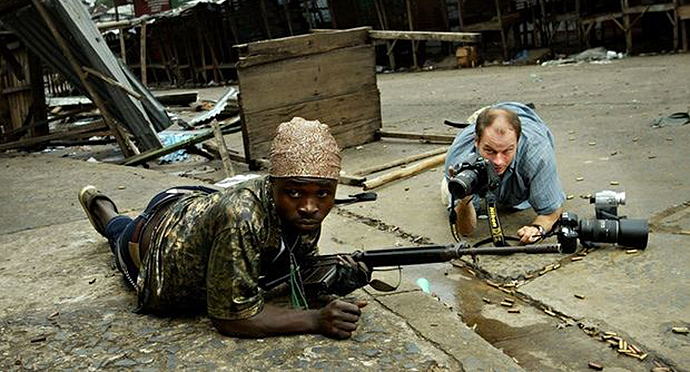 The Media and the Past that is not Passing

We cannot meaningfully speak about the media and the challenge of dealing with the past in Serbia before we answer a few key questions: Is the past even over? Is our present nothing more than our past, thinly veiled? Can a society, and its media, properly deal with the past if it does not seriously deal with the present, due to a systematic inability to perceive processes and events from a more objective standpoint?

These questions are fairly abstract, so, let’s answer them more concretely. It is incontestable that Serbia has been, for the last seven or eight years, governed by the same people who were prominent actors in the warmongering, nationalist politics of the 1990s. The same political parties that were in power then, although party names have changed, are still in power now. These political parties and their leadership do, from time to time, claim that they have changed their ways since those ‘early days’. However, these sweetened claims rarely hold up under scrutiny.

How then should the media approach reporting on reality (be it the ‘past’ or ‘present’ one) in a country where everything that happens goes in circles and nothing ever ends or disappears, especially those things that really should disappear, like warmongering politics and its protagonists?

It seems that the media is stuck spinning in circles, just like the politicians. The journalists who were critical of the aggressive nationalist politics of the nineties are now critical of the consequences and persistent supporters of those politics. However, these journalists are a small group. Only a handful of media outlets are willing to publish critical analysis of this nature, including one daily and two or three weekly newspapers, one cable TV station, a few webportals, the only real ‘new’ (novelty) medium we have since the nineties, and unfortunately no radio stations (the best one, by far, was shut down long ago). The number of critical journalists is roughly the same as during the 1990s. Of course, some of those journalists have grown tired or have given up and some have crossed to the other side, while other new, younger journalists have stepped in to fill their place. So, all in all, where have you been – nowhere, what have you done – nothing. Only a small minority of journalists are ready and willing to deal with and critically analyze both the present and the past in Serbia. They are an island in an ocean.

Who makes up the ocean then? On the one hand, you have the state and crypto-state conglomerates, the print and broadcast media that have been around for decades. They are willing to serve the master and political leadership of the moment, and they are particularly well-trained in following orders from the very people who persuaded them to shed their credibility and principles in the nineties. They are. casually repeating the same violation, twenty years later.

On the other hand, an even greater abomination to the journalistic profession in Serbia is the increasing number of flashy, mutant tabloids, which publish cheap, sensationalist stories and look like the kind of newspapers that are freely distributed on public transport in the West. Here, they provide daily updates on the ‘enemies’ and ‘haters’ of Serbia, its president, and the like.

The aforementioned conglomerates that serve the Serbian state saturate most of Serbia’s media landscape. They create a powerful illusion of reality that holds a large proportion of Serbia’s population captive and heavily influences public opinion. Therefore, most citizens of Serbia no longer have access to information that has not been passed through the regime-aligned media’s reality-distorting filter. Over time, this becomes more than a political problem: it becomes, and is, a public health problem.

This issue is made manifest most intensely in the media’s portrayal of so-called ‘regional relations’, that is, of Serbia’s relations with its neighbors, particularly those who were once part of the former Yugoslavia. When it comes to the causes, background, and consequences of the collapse of the former Yugoslavia, today’s dominant narrative in much of the Serbian media is almost identical to that of the nineties. According to this narrative, Serbia bears almost no responsibility, everyone else rushed to break away from Yugoslavia, tearing it apart, and the guilt lies solely with others; Croats are either open or latent Ustasha; Bosniaks are Islamic fundamentalists and/or runaway Serbs, and the Albanians are, well, …Albanians. There is little space in Serbia’s mediascape to blame the Serbian side or to claim that Serbia is culpable for any of the suffering or divisions which plague the region.

To ensure ‘ideological continuity’ with the nineties, many of those who were the pioneers of Slobodan Milošević’s wartime propaganda machine are now in charge of the country’s most influential media outlets. For example, the editor-in-chief of the highly circulated, and essentially state-owned, daily Večerenje novosti headed the state-run TV network, notorious for its brutal war propaganda, in the nineties.

In such an environment, how to insist upon open and honest confrontation with the past? What could be acheived? It is easy to give a pessimistic answer to that question, as the state under Vučić provides an inexhaustible source of nihilism. However, the critical and professional journalists who made it through the nineties and recent decades, those who didn’t take the easy road, will not give up so easily. Our job is to do the best we can. Even if things are changing at a slow pace on the macro level, there is cause for hope. The fact that the political elite whom we write about cannot hide their desire to erase us signifies that we do indeed make a difference. No matter how skillful they are at glossing over their pasts, they won’t sleep soundly as long as we are here to remind them of what they were, what they have done, and what they are now.

Teofil Pančić, born in Skopje in 1965, is a journalist, columnist, critic, and culture editor at Belgrade weekly Vreme and a commentator at Radio Slobodna Evropa. He has published twenty one books with essays, columns, critiques and short stories. He has written for many relevant media outlets in the region, including Feral Tribune, Peščanik, Naša borba, Autonomija, BH Dani, Dnevnik (Ljubljana), Globus, and Jutarnji list. He currently lives in Novi Sad.