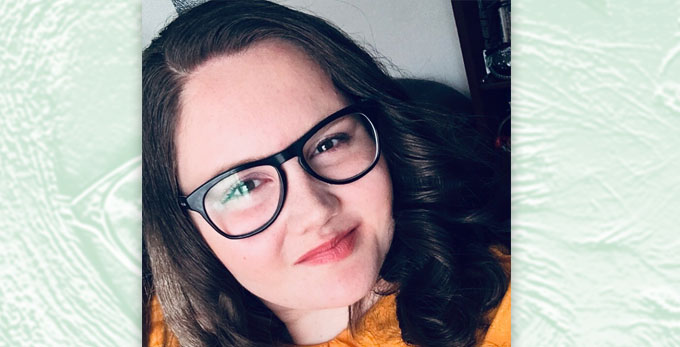 Dealing with the past is one of the reasons why one may create a work of art. People use art to deal with what happened to them and as a result, many create movies, write books, music, TV series and plays.  The fact that these forms of art resulted from the human need for ex

The movie about the last USSR president, Meeting Gorbachev, showed what is not taught in history classes, but is important for anyone born in the post-socialist era, in the time of the Cold War, while the world was still divided. This movie examines how that time looked through the eyes of a leader, one of the key figures who made decisions that were of crucial importance for the whole world. This movie is not just a biographical movie about a president. It is much more, a movie about time, about perseverance in establishing peace at the time when peace was yet to be established and life behind how it was presented.

But Meeting Gorbachev wasn’t the only movie about Russia. The movie Dostoevsky’s Travels shows the life of a great-grandson of one of the greatest writers of all time – Fyodor Dostoevsky. In this movie, the reality was shown at the very beginning – to some people he met, his last name spoke volumes, and to others, it was as important as last year’s snow. It was interesting to see how one of the descendants of one of the greatest writers of the world has lived his life. In this movie, it can be noticed that, because of continuous changes in then-Russian, later Soviet society, a family name did not ensure an easy life. In correlation to that, past did not define these people. This is proof that in soviet Russia, the family name did not mean anything, nor did the past, but everyone had to work hard to earn their future. This is another must-watch movie for anyone born in the third millennium.

The movie Born in Evin was, for me, the most important of all movies of the Dealing with the Past program because it fulfilled all my expectations. The author Maryam Zaree made a movie of her life – unbelievably simple, painful and difficult to watch. Out of all that, her strength emerged as the moral of this beautiful documentary. Her power is in the diversity surrounding her personality – from a Jewish stepfather to a sister with disabilities to her Irani background in today’s Germany. Born in Evin is mostly a movie about her personality, strength, weaknesses, obstacles on the road, but it is also a movie about how a refugee creates their opportunities for better and healthier life out of the nothingness they brought with themselves from their homelands. This movie conveys the idea of dealing with the past in the best way because it shows the author questioning herself about why her mother wouldn’t want to speak about life in prison, about the time she was born and her first days.

In this movie, the author faces the past in a way by saving both herself and her mother from further analysis of what happened – she finds refuge in letting go all difficulties they went through, what hurts and what makes her think of what she doesn’t want to remember. In the movie, during a meeting with a psychologist, Maryam comes to a conclusion about why her mother doesn’t want to talk about that hard time. And when she sees it herself, she doesn’t further try. She sees that her strength doesn’t lie in trying to know everything about what happened and how it happened. By the end of the movie, she realizes that her most important strength is in getting to live every day on her own terms, and that, if we rely on our past too much, the end can be fatal and painful. Right before the end of the movie, the author dives into a swimming pool, just like a man diving into his own past. Are we ever going to find something worthy in the water of our past? The chances are more likely that we will run out of breath and that we’ll, in our willingness to find something more, drown ourselves.

The moral of all movies of this program is that the past is omnipresent and that it must be accepted as it is – because we have no other past, nor we can make it up. Past must be dealt with, but we shouldn’t play games with it nor manipulate what is important to other people, not just us. The past is our common field in the sets of our memories. In all the trials that befall us we should find strength, and instead of diving deeper into the past to explore it, isn’t it better to emerge onto the surface and see the daylight?

*As a continuation of the cooperation between forumZFD office in BiH and the Sarajevo Film Festival’s Dealing with the Past program, from the 17th until the 20th August forumZFD office in Bosnia and Herzegovina together with War Childhood Museum supported four Challenge History Alumni in their participation in the DwP Program of the Sarajevo Film Festival. This article is a personal reflection of Lamija Gutić on her participation in this program.