Home Contact About
Home Why discuss topics that don’t bother you? 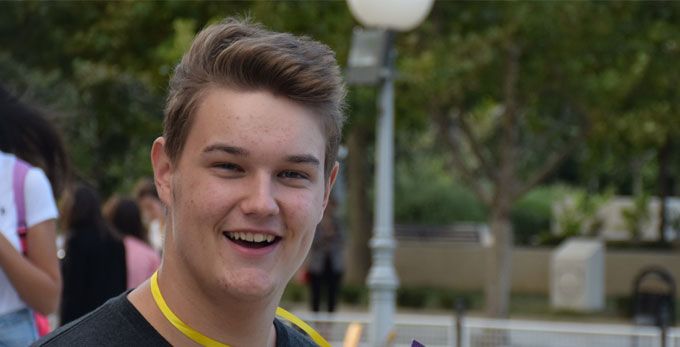 Why discuss topics that don’t bother you?

How do you deal with something you did not do or had any influence on? Why discuss topics that don’t bother you? Why watch movies set in the problematic past? I got questions like these while going to the Dealing with the Past (DwP) Program, which was part of this year’s Sarajevo Film Festival.

The Sarajevo Film Festival can’t be described in words. Locals call it "the most beautiful time of the year" (referring to a Christmas slogan). The streets of Sarajevo are packed with people from all around the world, and each one of them has a different story to share with you. Meeting new interesting people was one of the best things about this Festival. It’s a place where boundaries are crossed, friendships are formed, and a lot of work is being done! Food courts served as social points where people talked, argued and criticized the movies they had just watched. The same people hanging out in cafes were the ones making changes in conference rooms of the SFF by having important discussions about the present they live in, past they have suffered, and the future they are willing to build from scratch.

I came to Sarajevo unprepared. I hadn’t read about the directors or main actors and believed this would impact on my understanding of the movies. I was wrong. The movies we watched as a part of this project were each telling a story of their own. Approaching the topic of history in many different broadens the understanding of our own histories. You stop asking questions like why are you watching these movies, but you start to wonder if those topics can be repeated, and how to stop them from repeating. A huge part of history is dealing with it, and finding ways and lessons in the past to work on the present and build a future we want to live in. Past, as a serious topic to discuss, can be approached from many different angles, and choosing just one is impossible! That’s why regions that are still in the healing process need a new and fresh mindset, cleansed from the hate of previous generations if they want to improve conditions. Ideas, movements, and change cannot be sparked under tight supervision! The Dealing with the Past (DwP) project gave us, its participants, the opportunity and the resources to spark ideas of our own while giving us the freedom to learn and explore. Besides, the project created such a community among the participants that it was super easy to bring out ideas that sounded controversial or could not be accepted by the local mindsets. I think that the only way to cleanse an “infected” region and start over is through young people cooperating and slowly bringing about change. The Sarajevo Film Festival gave young people a chance to change the environment they live in. But SFF cannot perform miracles, after all, it is just a film festival. It is up to individuals to take that opportunity, use it to its maximum and bring about the desired changes.

*As a continuation of the cooperation between forumZFD office in BiH and the Sarajevo Film Festival’s Dealing with the Past program, from the 17th until the 20th August forumZFD office in Bosnia and Herzegovina together with War Childhood Museum supported four Challenge History Alumni in their participation in the DwP Program of the Sarajevo Film Festival. This article is a personal reflection of Amar Zagorčić from Mostar on his participation in this program.