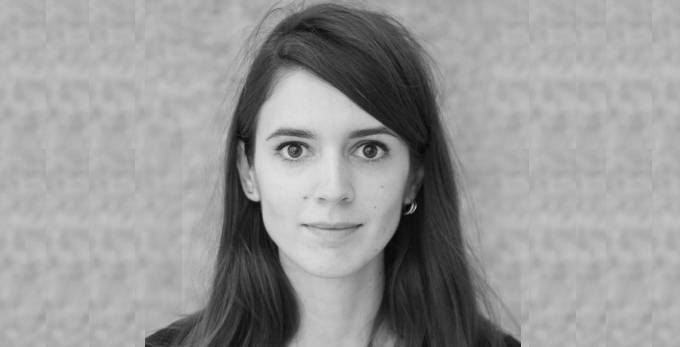 In the heart of Sarajevo there is a valuable artifact of collective memory, a public space which does not simply have a past, but a history: the Vraca Memorial Complex. It consists of a memorial park from the Yugoslav era and a fortress from the Austro-Hungarian period, and the spirit of this place stems from a series of events which have affected the local community over the past 130 years. Analyzing the function and symbolism of the Vraca Memorial Complex through the course of history, we can learn about various ways of dealing with the past and contextualize them within the current official memorialization.

The first known purpose of this location was an idyllic picnic area, a public recreation space for the local Sarajevo community. After the Austro-Hungarian occupation of Bosnia and Herzegovina, the picnic area became a military zone, no longer available to the general population. The Vraca fortress was built by the occupiers in the late 19th century as the last fort at the Southern city limit, and its military function is clearly visible in its spatial organization. This first artificial layer of the said location still makes us deliberate on the role and legacy of the Austro-Hungarian Monarchy in Sarajevo and elsewhere. The modernization of all aspects of society in that historic period of Bosnia and Herzegovina is undeniable, but contrary to the Eurocentric understanding of colonialism, which ignores the existence of colonies in Europe itself, there are clear indicators that the occupation of Bosnia and Herzegovina by the Austro-Hungarian Monarchy can be seen as colonialism.[1] A more sensitive and objective interpretation of this period in history would contribute to a better understanding of our collective identity and the global political and economic order.

The next significant layer of Vraca came in WWII, when the space in front of the fortress became the official execution area of the opponents of the fascist regime in 1941. Chosen for its geo-strategic significance within the city, the fortress served as a deportation station from which the government of the Independent State of Croatia (NDH) used to send Jews, Roma and Serbs to concentration camps, but also as a place for questioning and torture of local antifascists. The Vraca suffering and resistance from this period became a symbolic base for the next layers of the location, as well as the dominant part of its identity. Establishing Yugoslavia on the foundation of the antifascist resistance, during the socialist period the government began a commemorative movement embodied in the monuments which celebrate the victory over fascism and at the same time pay respect to the victims. During the mid 1960s, the committee for the construction of the Vraca Memorial Complex came to a formal decision to begin construction of the memorial complex, but due to a lack of funds, construction began over a decade later. In 1981 the Vraca Memorial Park was finally opened, and the fortress became a museum with and exhibit to honor the victims of fascism. The new memorial space in the city was more than a static monument; the park evoked the original function of the public space for the local community, while the museum exhibit served to educate and raise awareness about war events during the 1940s, after the beginning of the fascist occupation. Spatial organization of the complex enabled classes to be held in the Mamorial Park and the variety of monuments to numerous participants in the People’s Liberation War were there to show the diversity and the unity of the antifascist resistance. Even though the complex was damaged during the following historic periods, the grandiose architectural gesture of the park through the forest, as well as its harmony with the fortress have remained as testimony to the Yugoslav commemorative culture.

The geostrategic position of Vraca formed the traffic function of the location once again; after a decade of social and cultural engagement, the Memorial Complex Vraca became one of the centers of the siege of the city, from which members of the Army of Republika Srpska shelled and blocked the citizens of Sarajevo from 5 April 1992 until 29 February 1996. After the signing of the Dayton Agreement and the end of the siege, members of the Army of Republika Srpska systematically destroyed the complex while retreating from their position, damaging the object and placing mines all over the area, thereby taking away its function even after the war. Because of the damage done to the entire urban fabric of the city, as well as prioritizing the post-war rebuilding of residential and public infrastructure, the Vraca Memorial Complex did not become safe and clear of mines until 2001. Four years later, an entire decade since the agreement of the Main Committee of SUBNOR (Alliance of People’s Liberation War Veterans Associations) to preserve the complex from further deterioration, the Vraca Memorial Complex was given the status of national monument. Unfortunately, the reconstruction of the object is approached in a way contrary to the internationally accepted practices of the profession for the protection of architectural heritage. The reconstructed elements of the fortress are built in a manner that mimics the previous historical layers, which does not allow the observer to distinguish the original parts from the new ones. This erases an entire architectural layer of the wartime destruction of the complex. Apart from this, valuable design elements of the complex were stolen – the most important part of them disappeared after it was proclaimed a national monument. Authorities responded to this problem by closing the fortress to the public, so it is now (except on very rare occasions when alternative cultural events are taking place) completely excluded from the urban fabric and social life of the city.

The symbolic capital of the complex, however, is still present. It is most often used by politicians of ethno-national parties, selectively choosing to read only the layers that correspond to their own narratives. The post-Dayton spatial context of the complex, by which the entity border between the Federation of Bosnia and Herzegovina and Republika Srpska goes straight through the Memorial Park, makes the situation all the more complex. On the wall surrounding the park on the side which belongs mostly to the Serbian entity, there is a memorial plaque dedicated to the convicted war criminal Ratko Mladić. The mayor of the Eastern Sarajevo (a city adjacent to Sarajevo, but belonging to Republika Srpska), Ljubiša Ćosić has announced that a monument is to be erected to Serbs in one part of the Vraca Memorial Park, with the intention of commemorating the Serbs killed during the war of the 90s, as well as those killed in WWII, consciously separating them from all the other victims. This kind of selective reading of the Vraca identity points to the manipulation of collective memory, visibly and in official post-war memorialization in the entire Bosina and Herzegovina. It is not based on education or offering a space for healing, contemplation and memory, but ethnonational twisting of history. So almost 98 percent of post-war monuments erected by 2016 was dedicated exclusively to a single ethnicity and/or religion[2], dividing communities whose victims had different backgrounds, grouping them in death based on their first and last names. The representatives of the Bosniak ethno-national parties were the loudest to criticize Ćosić’s announcements. Although they themselves have had the opportunity to improve the state of the fortress and the Memorial Park on the local, federal and state levels, for years, they refuse to do that. Through their activities they tend to glorify the Bosniak fascist collaborators, so their hesitance to take part in preserving the anti-fascist heritage is clear.

The present relationship toward the Vraca Memorial complex, or lack of it, is a clear indicator of the established practice of official memorialization in Bosnia and Herzegovina – divisive, ethno-national, non-participative, static, inauthentic. There is no justification for the current state and unused potential of this national monument even in the transitional economy and lack of funds, when we know that between 2014 and  2020 over four million marks were spent on erecting new monuments in Bosnia and Herzegovina.[3] The official movement of memorialization – one, although seemingly divided into three constitutive nations – serves only to strengthen the ethno-national ideology and divisions, forgoing history and serves to shape second-hand memories for younger generations. This movement has a specific visual language – it uses almost exclusively religious and ethno-national symbols, avoids communication with the spatial context, expresses dominance through grotesque size and proportions, perfectly embodying its intentions, not trying to hide them.

Unequivocal criticism of current official commemorative practices, the rehabilitation of the valuable legacy of historical examples of commemoration, are the path to a more egalitarian, inclusive, and authentic culture of remembrance. At the beginning of this journey stands the Vraca Memorial Complex, offering valuable lessons about dealing with the past, as well as great potential for building an indivisible collective memory.

Ena Kukić (born 1990) is an architect, university assistant and a second-year PhD. student of Memorial Architecture at the Institute of Design and Building Typology in Graz. She completed her formal education in her hometown of Sarajevo, and in Barcelona and Graz. Together with her partner Dinko Jelečević, she won the national Collegium Artisticum Award for best newcomers in 2018, and Best Idea in 2019. Their work on various competitions was awarded with several international and state prizes. Ena’s Master Thesis in memorial architecture scored the 2018 Austrian GAD Award, and she was selected as a finalist at Archiprix Biennale 2019. Her work focuses on dealing with spatial fragments of collective memory in both theory and practice.