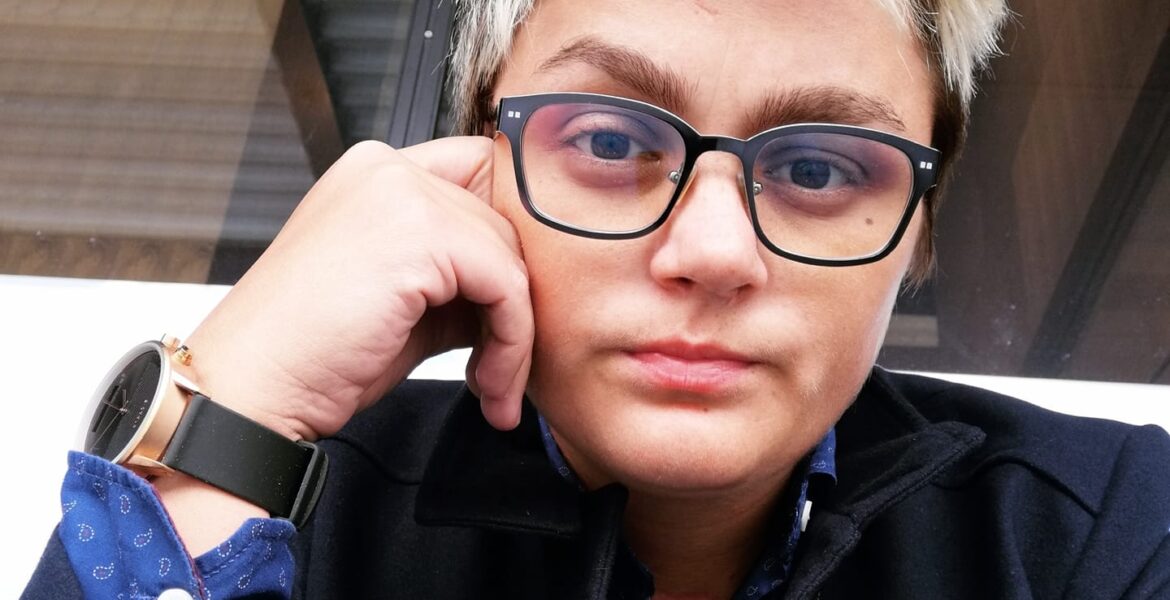 The history of Bosnia and Herzegovina has many words to say about the young people living there. Those words, however, have yet to find their way to a common binder. Marked by a multi-ethnic, multi-cultural, multi-lingual, multi-national coexistence, we are still unable to finalize the process of building peace, or at least establishing a lasting dialogue. Peace cannot come without such a dialogue. The people of Bosnia and Herzegovina have faced extreme situations in the past, in which someone’s death meant someone’s life. Such experiences have without a doubt been passed down for generations. Now, these generations live their lives between ethnic divide and global modernization. The factors for this divide in Bosnia and Herzegovina are nothing new. We live in a world of old wars and fast migrations, where day after day it is becoming increasingly normal that one territory hosts a broad diversity. In order to maintain peace in such a territory, it is necessary to establish equality and prosperity for all. However, prosperity in the case of Bosnia and Herzegovina is often lacking, while at the same time separatism is taking more serious forms. The currently ruling politics in Bosnia and Herzegovina, regardless of the nation they pertain to, largely categorize people based on ethnic, religious, or tribal basis. Their only goal is ethnic secession and national homogenization. Speaking from historic experience, such a government always leads to conflicts and wars of unpredictable proportions. We have felt it and we can say that with certainty.

The alternative to such governments is and should be the development of a culture of co-existence. Bringing together differences should be understood as an asset, and additional opportunities for growth and development of the society and the country. Before coming to such an alternative, it is very important to speak, to adopt, and respect the identities of all individuals, however different they may be. Providing as many opportunities as possible for making individual and collective choices, while respecting the right to choose, are a necessity for today’s youth in Bosnia and Herzegovina.

Young people are often told that knowledge is something that nobody can steal from them. Whenever I would hear that I would think how untrue it was. It is not true because youth in Bosnia and Herzegovina have never been given an opportunity to have objective and contemporary knowledge. Growing up, many young people were exposed to the political ideals of the representatives of “their” people. Those were ideals of separatism, of use only to those who have their own interests at heart before the interests of their people, of the youth and of our common country. That is why today we have different histories about the same country being taught in schools without any questions raised, depending on what part of the country you live in. Histories created by quasi-politicians and leaders whose goal is to create their own reality. The education system has taught young people that the name they were given at birth determines their life path. The education system did not want to explain to young people that the more we are together the better we would understand each other. No matter how much young people attempted to interact, the separatist system would prevent them from doing that, even if it meant using the spooky method of having two schools under the same roof.[1]

It was very difficult after the war under any roof, I am sure. Everyone was left to their own devices. Wandering their destroyed country, attempting to rebuild their homes, an entire generation was completely neglected. The “Youth” generation, which even now does not know the whole truth, or rather does not know what it does not want to relive. We have the trauma passed down for generations but not the truth.

In Bosnia and Herzegovina, young people as a social group include a population between 15 and 30 years of age. Youth is most often described as a period of transition between childhood and adulthood. This trend is known as “prolonged youth” because it is characterized by longer institutional education, challenges in finding an adequate job, slow social-economic independence, delaying starting a family, and poor involvement of young people in social decision-making. When we talk about young people in Bosnia and Herzegovina, we mean the generation of young people who were born during or after the war, who do not remember the events of the war. In the current political environment, in which war is still the most important social event, young people are constantly exposed to twisted interpretations of the past, or rather they are exposed to the interpretations of current political leaders who are blocking the process of peacebuilding. After the war, various programs were developed with the goal of “breaking up” the barriers between young people. The European Charter on the Participation of Young People in Local and Regional Life considers ways to further improve youth participation –such as sharing positive experiences. All types of participation in society must be available to young people, so the affirmation and advancement of the role that young people, seeking answers to new challenges facing them, have in the development of a democratic society, especially in local public life, is reaffirmed and re-established in modern society. Ethno-nationalist politics of permanent narratives about divisions have been leading to unfavourable economic and social opportunities for young people in Bosnia and Herzegovina for quite some time. And that is precisely the main reason why young people keep choosing to leave this country. If this trend continues, Bosnia and Herzegovina will soon become a country of old people.

The goal of understanding the past and improving peace in Bosnia and Herzegovina must be to encourage young people to actively participate in decisions and actions at the local level, which is of great importance if we want to build a more democratic, open, and prosperous society, but also if we want to seriously include young people in the process of dealing with the past. Participation in democratic life of any community does not come down to merely voting or running in the elections. Youth are an important element here. Civil participation and action mean that citizens have rights, resources, space, and opportunities – and support when needed – to participate in making decisions and influencing them, and to take part in actions and activities in order to contribute to creating a better society. This could ensure that young people not only hear and learn about democracy, the rights and duties of citizens, but also get the opportunity to put them into practice.

If participation ought to be meaningful for young people, it is crucial that they can form and influence decisions and actions while they are young, and not later in life. In Bosnia and Herzegovina, young people often do not have the opportunity to decide their own fate, but it is important to note that under such circumstances, they sometimes decide to take matters into their own hands. One global example from the struggle for education are the young people of Jajce, who took to the streets of the royal city and clearly articulated their desire for education under one roof.[2] They wish to sit alongside their peers and to contribute together to their own development, and to the development of Bosnia and Herzegovina. It is important to provide support to young people such as these, and to let them know that their struggle is just, one that is building towards a healthier society for all age groups in Bosnia and Herzegovina. It is a disheartening fact that Bosnia and Herzegovina’s youth feel the war as if they lived through it, without knowing the full truth about it. By supporting and encouraging youth participation, we are also contributing locally to their social integration, by helping them to confront not only the challenges and the pressures of youth, but also the challenges of a modern society, so often dominated by anonymity and individualism. For youth participation to be successful, long-term and meaningful in the local community, it does not suffice to just develop or reform political and management systems, but also to work on young people’s inter-ethnic social connections. Every action meant to bolster youth participation must provide a cultural background that respects them, but also take into account their different needs, circumstances, and desires of young people. Such an action must also, at least somewhat, make room for fun and leisure. The methodology set up this way is called the culture of mutual understanding and living. A culture that I am certain would be welcomed by young people. There are few reasons to reject it, particularly nowadays, when modernization has made everything readily available, so they have opportunity to see the better and the worse.

The youth of Bosnia and Herzegovina, on the other hand, must stop waiting for someone to notice them. Three decades since the aggression on Bosnia and Herzegovina is more than enough time to see and realize that the separatist way of life leads to nowhere. Three decades is more than enough to realize that we must not leave a scattered state to the generations that come after. And during these three decades we must have learned that wartime ‘values’ destroy the values of the future. We must not glorify bloodied hands, we must not deny the lives that were lost. We want to participate, equally and with understanding of the other and the different. We have to.

Ajna Jusić graduated in psychology from the University of Sarajevo. She is the president of the Association “Forgotten Children of War”, the only association in the world that fights for the legal and social visibility of children born because of the war. Through her work, she advocates for the women who survived war-time rape and the children born in war, the rights of the LGBT community, and minorities. Human rights are the main focus of her work. She is a young activist who fights for gender equality, against sexism and sexual violence. Through her engagement and fight for the rights of children born because of the war, Jusić also became the co-author of the first world exhibition on children born because of the war and the women from Bosnia and Herzegovina who survived the war. The exhibition is called “Breaking Free” and has gained international recognition.

[1] “Two Schools Under One Roof” – The Most Visible Example of Discrimination in Education in Bosnia and Herzegovina – https://www.osce.org/mission-to-bosnia-and-herzegovina/404990