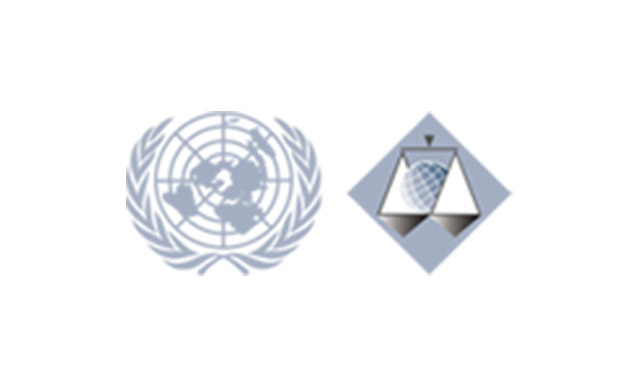 Tribunal convicts Radovan Karadžić for crimes in Bosnia and Herzegovina

Trial Chamber III of the International Criminal Tribunal for the former Yugoslavia (ICTY) today convicted Radovan Karadžić, former President of Republika Srpska (RS) and Supreme Commander of its armed forces, of genocide, crimes against humanity and violations of the laws or customs of war committed by Serb forces during the armed conflict in Bosnia and Herzegovina (BiH), from 1992 until 1995. He was sentenced to 40 years’ imprisonment.

Karadžić was convicted of genocide in the area of Srebrenica in 1995, of persecution, extermination, murder, deportation, inhumane acts (forcible transfer), terror, unlawful attacks on civilians and hostage-taking. He was acquitted of the charge of genocide in other municipalities in BiH in 1992.

The Chamber found that Karadžić committed these crimes through his participation in four joint criminal enterprises (JCE).

The Overarching JCE, which existed between October 1991 and November 1995, included a common plan to permanently remove Bosnian Muslims and Bosnian Croats from Bosnian Serb-claimed territory through the commission of crimes in municipalities throughout BiH (Municipalities).

The Chamber found that a vast number of Bosnian Muslims and Bosnian Croats in the Municipalities were forcibly displaced from their homes by Serb Forces. Other victims were arrested, detained in detention facilities, often under inhumane living conditions, subjected to torture, beatings, rape and other acts of sexual violence, and then transported out of the Municipalities. Serb Forces also killed many Bosnian Muslims and Bosnian Croats during and after the take-over of the Municipalities, in mass executions or following attacks on non-Serb villages.

Karadžić significantly contributed to the Overarching JCE. Karadžić was at the forefront of developing the ideology and policies which led to the creation of a largely ethnically homogeneous Bosnian Serb state through the commission of crimes. By being at the apex of political, governmental, and military structures he was able to use his power and influence to further the objective of the Overarching JCE.

The Chamber found that, in relation to the Municipalities, Karadžić is guilty of persecution, extermination, deportation, forcible transfer and murder. The Chamber was, however, unable to identify or infer genocidal intent and therefore did not have sufficient evidence to find, beyond reasonable doubt, that genocide was committed in the Municipalities.

The Judges also found that between April 1992 and November 1995 Karadžić participated in a JCE to establish and carry out a campaign of sniping and shelling against the civilian population of Sarajevo, aimed to spread terror among the civilian citizens (Sarajevo JCE).

During this period the Army of Republika Srpska (VRS) deliberately sniped and shelled civilians in Sarajevo on an almost daily basis throughout the conflict. “Sarajevo civilians were sniped while fetching water, walking in the city, and when using public transport.  Children were sniped at while playing in front of their houses, walking with their parents or walking home from school” said the Presiding Judge Kwon.

The Chamber found that Karadžić significantly contributed to the Sarajevo JCE, both as the highest political authority in RS and Supreme Commander of the VRS. Having control over the VRS throughout the conflict, he was directly involved in military matters in Sarajevo and issued many orders at the strategic and at the operational level. Karadžić used the campaign of sniping and shelling, causing terror among the civilian population in Sarajevo, as a means of exerting pressure on the Bosnian Muslim leaders and the international community in pursuit of his political goals.

The judges concluded that Karadžić is guilty of unlawful attacks on civilians, murder and terror.

The Chamber also established that a JCE existed with the common purpose of taking UN personnel hostage in order to compel NATO to abstain from conducting air strikes against Bosnian Serb targets (Hostages JCE).

To this end, between approximately 26 May and 19 June 1995, UN personnel were detained by Bosnian Serb Forces and taken to various locations throughout BiH. Some were handcuffed outside locations of military significance. Not only did Karadžić intend to detain the UN personnel but he also intended for threats to be issued against them during their detention in order to achieve the objective of stopping the NATO air strikes.

The judges concluded that Karadžić significantly contributed to the common purpose of the Hostages JCE and that he is therefore guilty of the crime of taking hostages.

Further, the Chamber found that in 1995 Karadžić participated in a JCE to eliminate the Bosnian Muslims in Srebrenica (Srebrenica JCE).

After the take-over, Bosnian Serb Forces detained the Bosnian Muslim men and boys in a number of locations in the area. Beginning on 13 July 1995 and over the following days, the detained men were taken to nearby sites where they were executed.

The Chamber concluded that Karadžić is guilty of genocide in Srebrenica, on the basis of his participation in, and contribution to, the JCE.

Parties have the right to appeal the judgement.

Karadžić is entitled to credit for time spent in detention thus far. He has been in custody since 21 July 2008.

The trial commenced on 26 October 2009 and lasted a total of 498 days during which 11,500 exhibits were admitted. The Trial Chamber took the testimony of a total of 586 witnesses of which 337 witnesses were called by the Prosecution, 248 by the Defence and 1 by the Trial Chamber.

Since its establishment, the Tribunal has indicted 161 persons for serious violations of humanitarian law committed on the territory of the former Yugoslavia between 1991 and 2001. Proceedings against 149 have been concluded. Proceedings are currently ongoing for 12 accused.