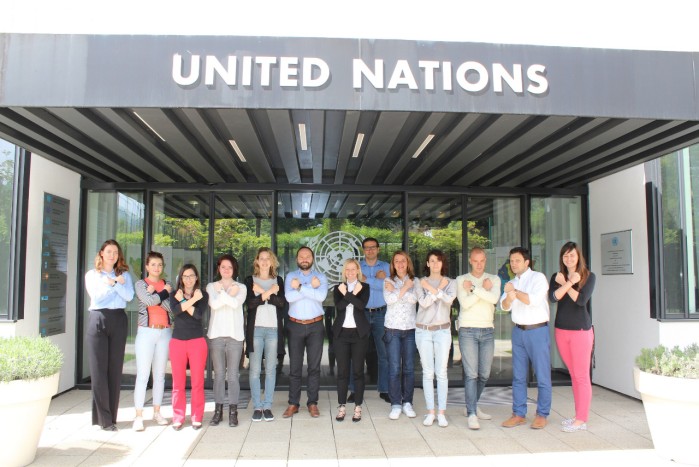 This year, we have celebrated three historic firsts for combatting sexual violence in conflict. All of these were long overdue and all had one thing in common: the unstoppable force of women’s voice and leadership.

In February, a national court in Guatemala convicted two former military officers of committing sexual violence during the country’s civil war—the first time that a national court anywhere in the world considered charges of sexual slavery during armed conflict. Women’s organizations worked for years with indigenous women to develop their case, which was presented in the court by Guatemala’s female Attorney General before a female presiding judge.

In March, the International Criminal Court (ICC) handed down its first conviction for sexual and gender-based crimes. An all-female panel of three judges presided over the case against former Congolese Vice-President Jean-Pierre Bemba, who was brought to justice by a female prosecutor, thanks to unprecedented levels of participation of women victims and witnesses from the Central African Republic.

In May, the Extraordinary African Chambers in Senegal convicted the former president of Chad, Hissène Habré, for war crimes and crimes against humanity, including rape and sexual slavery. This was the first universal jurisdiction case to make it to trial in Africa, and the first time a former Head of State was held personally accountable for committing rape as an international crime. This conviction would not have been possible without the testimonies of women and the inspiring determination of lawyers, victims’ advocates, human rights defenders, and local and international civil society organizations.

In Guatemala and Senegal, as in many other investigations, UN Women was proud to partner with Justice Rapid Response with the deployment of gender advisors from a roster of experts on investigation and documentation of sexual and gender-based crimes. This roster is made up of experts from 62 nationalities. Altogether, this expert group—80 per cent of them women—speaks a total of 34 different languages. All go to great lengths to ensure that survivors of sexual violence during conflict are treated with dignity, and that their voices are heard in the quest for justice.

In the Western Balkans, UN Women has also been supporting women activists who have been advocating for comprehensive reparations for survivors of conflict related sexual violence. These are now supporting survivors’ political and economic empowerment, while addressing the structural discrimination and inequalities which are at the core of conflict related sexual violence. Bringing together criminal prosecution and provision of reparations is the best way to ensure that such crimes are prevented in the future.

The landmark cases and new reparation programs we have seen this year are proof that the connection between justice for women and women’s direct participation and leadership in such cases is neither new nor coincidental. With widespread sexual violence still a devastating reality in too many conflicts in the world, it is heartening to see that steps are being taken towards securing accountability for these acts, and that women are persevering with strength and unity in not letting these crimes go unspoken or unpunished.