Home Contact About
Home Why has Serbia not faced its own war past? 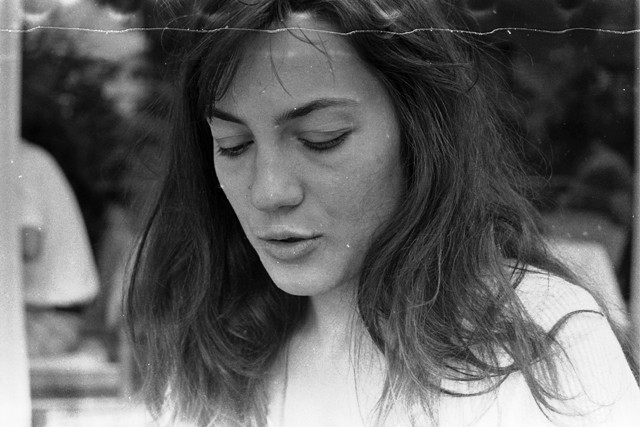 Why has Serbia not faced its own war past?

The recently passed life sentence for Radovan Karadžić at The Hague Tribunal, has all but been forgotten in Serbia no more than a month later. That would certainly not have been the case, had the actors on the political scene wanted otherwise, or seen some political potential in that great finale. Truth be told, as a citizen of this country, for years now I’ve been indifferent to what those in power have to say. I know very well what the dominant mantra here is. It’s easy for me to anticipate those opinions, as it is for most of us permanently poisoned by politics, and especially those of us obsessed by the political use of the not so distant war past. Whatever they say, however tightly the official opinions of this country’s leaders might be wrapped up and bound in the European way and reconciliation, it is absolutely clear to me that we have never been farther from the point – yes, the point which has for the past several years diminutively been called the past. We, as a country on its way to the EU, need, must and can only look to the future.

I am not an expert on the past, the present or the future, those are concepts which go beyond my little life, but of course just as every failed football coach has an opinion on the national team, I have my opinion on the order of time. I understand it quite simply – the future contains the past, and the belief (including the political paradigm) which is based on the notion that the past is a finished and closed process, remaining forever behind us, is more toxic than a lie, although for some strange reason the great majority finds it as alluring and effective as a mother’s lullaby.

For years I have been troubled the most by this tragic, senseless, persistent survival of hardline denial in Serbia, the country which I am bound to, albeit reluctantly, by citizenship, and thus marked, and in certain situations even targeted because of those who represent it as its government, no matter where I’d been or what I’d been doing at the time when that government was elected.

So I cannot but take the denial of collective responsibility very personally. The collective responsibility of my country – the flip side of the coin of collective denial – is thus my own responsibility: whether I am among those who deny the crimes committed against other nations, our neighbors, or among those who are ashamed of them. It’s very easy to realize that, and that there is no escaping the collective stigma. Before I begin quoting academic authorities on the matter, to at least partially unburden myself of the responsibility for expressing such “strong” opinions – if the course of this article and my personal patience even take me in that direction, I shall explain how I came to realize this. It happened empirically, as they say.

The most difficult moment in my career of over 25 years was an interview I conducted in Vukovar with a woman who was raped during the occupation of that city by, as we know, the YNA of the time and its paramilitary satellites. At the time of our interview, conducted for the purpose of a series of articles on concentration camps in Serbia which I published almost ten years ago in the weekly paper NIN, the war was already firmly in the past. The editor’s motive for requesting these articles was the fact that nobody knew anything about concentration camps for Croatian and Bosnian citizens ever existing in Serbia. Or, more precisely, that fact was not part of the collective memory, or some commonplace fact about this country’s history, because if it was, the political and para-political structures would have already “processed” it and downplayed it, and I honestly doubt that I ever would have gotten that assignment in that case.

I spent an entire afternoon with this woman, finding it difficult to reach the essence of the story adequate for a journalistic presentation. All her “defenses” were really not that important, they’re part of the job, as they say. What was important was that she never used the word Serbs (while speaking about them the entire time), but chetniks. She even sometimes used the gender-sensitive term chetnikusha, and maybe I had imagined it, or perhaps it really was so, but I saw in her eyes a significant look then, followed by a short pause in her confession, as though she was expecting some sort of reaction from me, a Serbian woman, ergo a chetnikusha. Of course, I had no reaction. That was the least I could do for her. On my way to Belgrade I thought about her personal story, already completely aware of the reasons why I would always be a chetnikusha to her.

There were other similar situations. I know, of course, how comfortable it felt being in the company of professional fighters for human rights, as well as in meetings all those various professions with which we’ve been simulating regional cooperation for years; we’ve for the most part been working on it quite seriously and thoroughly, in spite of everything and everyone, and I emphasize this so as to avoid any misunderstanding. However, although I’ve never been a chetnikusha, privately or professionally, I absolutely understand why I will always be just that in the eyes of that woman with whom I spend a lovely sunny afternoon in Vukovar some years ago.

And that was how, in spite of all the books on collective responsibility that I had read before and after that interview, I came to understand what collective responsibility actually meant. Therein lie the roots of this great burden that I feel, which torments me, the question: why does this constant and indisputable denial still persist so firmly in this country, in spite of everything?

From the very first inklings of nationalism, and then during all the following years, many people in Serbia, truly many, were against the war. Some even actively fought against the madness, while others did so passively, fleeing the country or through draft avoidance. When the wars were over, a lot of people, actions and projects very clearly and loudly protested against the wars which the government fought in the name of us citizens, the voters, no matter for whom we voted. Still, to this day, the truth remains that from the moment when we leave the country, for those who are far from professional circles, somewhere out there where “ordinary” lives are lived, we remain only people from Serbia, the country which admits nothing and widely believes that it is not collectively to blame for anything.

The years that came after the wars, and help heal some of “our” wounds (yes, “we” have them too), have “softened” the “whispers” and discussions about the wars among the private circles in Serbia. A crack opened up wide enough to fit the dominant opinion which can cynically be summed up as: Srebrenica yes, genocide no; murderers yes, but it wasn’t known, they were drug addicts, criminals, degenerates, “our” army which would have controlled all that, fell apart. Or something like that, with over a million buffer variations for a conscience to sleep in.

I would immediately leave parties when such talk began, and in my own home I would forbid the guests from denying war crimes and genocide, literally, so that they could choose whether to leave or to be quiet. That was what I could do in my own personal space, where I can live under my own rules.

However, I am troubled by what I cannot do about the issue persisting outside of my home: how is it possible that, in this day and age, after everything that’s happened, with access to the internet, this country still choses to live in such strong denial? I believe, and I am ready to pay the price for saying that I know that “political will” is not a good enough explanation, and that there is one (although not the only, but still very powerful) factor for it being so. And that is the regional, international and local (national) relationship towards Serbian victims. It is an old, permanent code of “human rights fighters” not to emphasize as an argument the victims of one’s own people in one’s own country (I have a problem with the term “people”, but I don’t wish to complicate things). It’s “our” duty to deal with the victims of other peoples, for which “our” government is responsible. Still, years pass, and not much changes, if anything, in that regard. I can absolutely imagine that even many of the direct victims of war, when leaving Serbia, had to carry with them the stamp of “chetnik” or “chetnikusha”.

Serbia is full of victims of war. The government instrumentalizes them when needed, at anniversaries, but it has never treated them the way, for example, the Croatian government treated its victims. For a long time in Serbia it wasn’t enough for a refugee to declare their nationality as Serbian and Orthodox Christian, it was difficult to obtain as some sort of holy grail. The talk about the status of civilian victims to this day would be funny, if it wasn’t tragic. It’s even harder to talk about the relationship of fellow citizens who greeted the newcomers – who, by the way, had on average a higher education than the local majority, not to mention a better work ethic, of which I have personally been a witness for years. However, the most painful issue remains – not speaking about Serbian victims in neighboring countries, and the lack of judicial infrastructure for committed crimes. I believe that, until something changes in that respect, the cement of denial in Serbia will remain unbreakable.

The author is a former longtime journalist for the weekly magazine Vreme, associate for the weekly NIN, and associate of the Humanitarian Law Center. Over a year ago she founded the NGO Kardan, which focuses on nurturing the culture of memory.