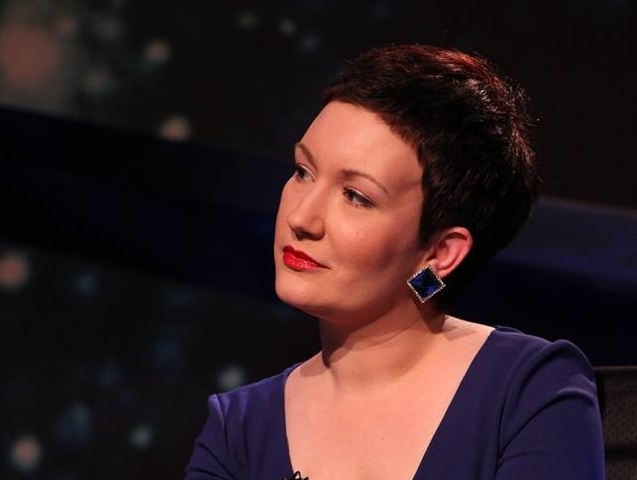 I come from Kragujevac. I’m not saying that to get better acquainted with you, but as a reminder that I come from a city where around 2300 people were executed in a war crime. Next year we will be marking eight decades since the mass crime in Šumarice. Those are 80 years of collective trauma, because everyone has a relative there. Šumarice are, you see, a graveyard all the same. And no one knows exactly where the bones of the executed actually lay.

However, when we mark the 80 years since that bloody October 21st 1941, we will also be marking 80 years of political manipulations (no, there weren’t 7000 of them, no, their brains were not splattered on the high school classroom walls, which was the nonsense our teacher told us in first grade), as well as 80 years of a strange vow of silence which exists in Kragujevac concerning that event. There, you see, we accepted the official political narratives about that event, we accepted the changes of those narratives and repeated them like parrots. As though it happened someplace else, as though we don’t know anyone who survived, as though there is no one left who remembers.

I had to become a journalist, to turn 28, to dare ask both my fellow citizens and my family what was going on. I wrote about it earlier, but I will repeat it: they reacted as if they could hardly wait for someone to ask them, so that they could open up.

Yes, everyone had a relative who left their bones there. But, it also turns out that everyone had a relative who bloodied their hands. Because, the Germans were the executioners in Kragujevac, no one questions that. But, who conducted the arrests, the hunts, who locked people up in cannon sheds out of vengeance? Well – the citizens of Kragujevac, Ljotićevci (collaborationists), members of Zbor, led by Marisav Petrović. To cut a long story short, every family in my city has one pride and one shame. Mine has a great-grandmother who hid the neighbor’s son in an outhouse toilet and sat there, saving him. But it also has an uncle, a rich merchant, who allegedly ordered yards of black cloth several days earlier because he knew that every house in that small town of Kragujevac, would soon be veiled in black.

My opinion on war criminals and war crimes is well known. Still, I refuse to participate in conferences regarding that topic, or to write about that topic, because I think that I don’t know enough, that I haven’t read all the records from The Hague Tribunal website, I haven’t learned everything that’s available, from all the sources.

Nevertheless, I have accepted to write this article after going over just my own private history and my personal connections with wars and war crimes. Yes, I am from Kragujevac, but I have no connection to Miljko Lugar, now deceased, apart from being from the same town.

I accepted to write, because I carefully studied the map of war crimes on the website War in Serbia and I realized that I remember most of those events. Fortunately, I am young enough not to be responsible, but, unfortunately, I am old enough to remember.

When that map showed up, the map of Serbia, there was a single blue spot over my Kragujevac. I thought it was Lugar. It wasn’t. It wasn’t him but my first cousin. “On December 21st 1991 – as part of the permanent military campaign of the military and the civil government in Serbia against those who were opposing the war in Kragujevac, lists of deserters and reserves refusing mobilization were displayed in public places. This was interpreted as a call for lynching. The greatest rebellions of reserves and deserters happened in Kragujevac (7000, 2000 and 200 reserves).” My cousin was one of them. I stare at the date, December 21st 1991. Ten days later I turned nine years old. Still, I remember everything. I remember that he returned from mandatory military service that spring. I remember one afternoon when he was sitting with my parents in the kitchen, and they were whispering something very quietly for a very long time. I remember my mother saying: “We don’t have that much, but we’ll figure something out.” And that later they told me he was going to Greece to pick olives. Today he has a Greek accent and pauses when he talks, he forgets some Serbian words. But I remember more than what’s written on the website “War in Serbia”. My cousin’s name was on the deserter list. But there is no information about where those lists were published. And they were published, among other places, in a newspaper that no longer exists, but used to be considered a paragon of free, anti-Milošević journalism. It used to be a symbol of independent journalism among local media in Kragujevac. It doesn’t matter, those journalists are long-dead, even then they were close to retirement.

I remember more than that. I remember the cold in front of the barracks in Kragujevac, the building right behind the First High School, from which the students were taken to be executed.

I remember my grandfather crying, because he couldn’t see my uncle in the trucks coming in from Valjevo, he had been drafted and taken to Tovarnik, in the convoy bombed by the YNA. I remember my cousin jumping out of one of those trucks, approaching us and saying: “He’s alive, I saw him in Valjevo”, but my grandfather didn’t believe him, and we were little and we were there only because there was no one to take care of us so he had to take us with him. My uncle came back and less than a month later was drafted again. He didn’t say goodbye to anyone, he just petted a puppy he had found several days earlier and left. He came back, but he was never the same. PTSD is seldom talked about, he takes sleeping pills when “his troubles” come.

Many, many years later, because of a jam in Batrovci/Bajakovo, we decide to go via Šid, because it’s us, my generation can afford to have Croatian friends, and we are on our way to Zagreb, because why not, we go to Zagreb all the time. It’s my first time passing through Slavonija. Beautiful Slavonija, rows of villages followed by rows of corn fields as far as the eye can see, as beautiful as my Šumadija, everyone in the car is chatting, but all I can think about is something my uncle said, something I overheard, again while eavesdropping on the grownups: “At whom? Someone like my Dragan, who worked the fields all his life?”

facades, like there were in 2004 when I set out to Sarajevo, because it’s us, my generation can afford to have Bosniak friends. My father doesn’t travel to former Yugoslav states. Once he met a friend form a previous life, and asked him: “How are your folks?” “They’re dead”, was his reply. He doesn’t travel there, he says, out of shame. My mother spent a part of her childhood in Doboj, and she always mentions a Džemal and a Fatima, people she adored. I had to become a journalist, to dare and ask her if she wants to find them. She was unsure, avoided the topic, and then she yelled at me, because Fatima is from Foča and my mother knows that they fled Doboj to Foča and that’s all she knows, and is afraid to find out more.

I know that all of this is private history, that it is not terrible at all compared to everything that happened, everything that other people went through, and with the fact that many didn’t survive. But it happened. It did happen.

Finally, last September, here I am, for the hundredth time, in Sarajevo. We could have bought a watermelon, someone suggests. Here we are, at Markale. A market like any other, full of people, colorful and lovely, like any market between summer and autumn. But I still remember. I am not a child, I am a woman well in her 30s. There are some Sarajevo children with me, teens who are interested in, can you imagine, media ethics. They are 17 or 18 years old and, thankfully, they don’t remember. It did happen, and we must remember, we must not push it under the rug, not Marisav, nor Mladić, nor Lazarević, nor Lugar, Šljivančanin, Karadžić (once near a Holiday Inn a cab driver told me: your people were here), Šešelj, Milošević. But those children I was with in Sarajevo come to Belgrade, come to the Exit festival, go to Zagreb. I remember, I am afraid of nationalist frenzy, because I know how easily it can come back, but I also hope.  Arsen and Kemo will never again walk Haulikova and Čaršija, but these children will, “protected only by a thin veil of friendship, which is always an unsolved case.”

Jovana Gligorijević (1983) was born in Kragujevac, where she graduated from the First High School. She studied philosophy at the Faculty of Philosophy in Belgrade, but as a freshman she already began collaborating with the weekly “Vreme”, where she has been assistant editor-in-chief since 2014. For the past several years she has been focused on working with young journalists and media education for young people. She has received several awards for journalistic contribution to tolerance, articles regarding the treatment of rape victims, war crimes of rape in Kosovo and articles on mental health.