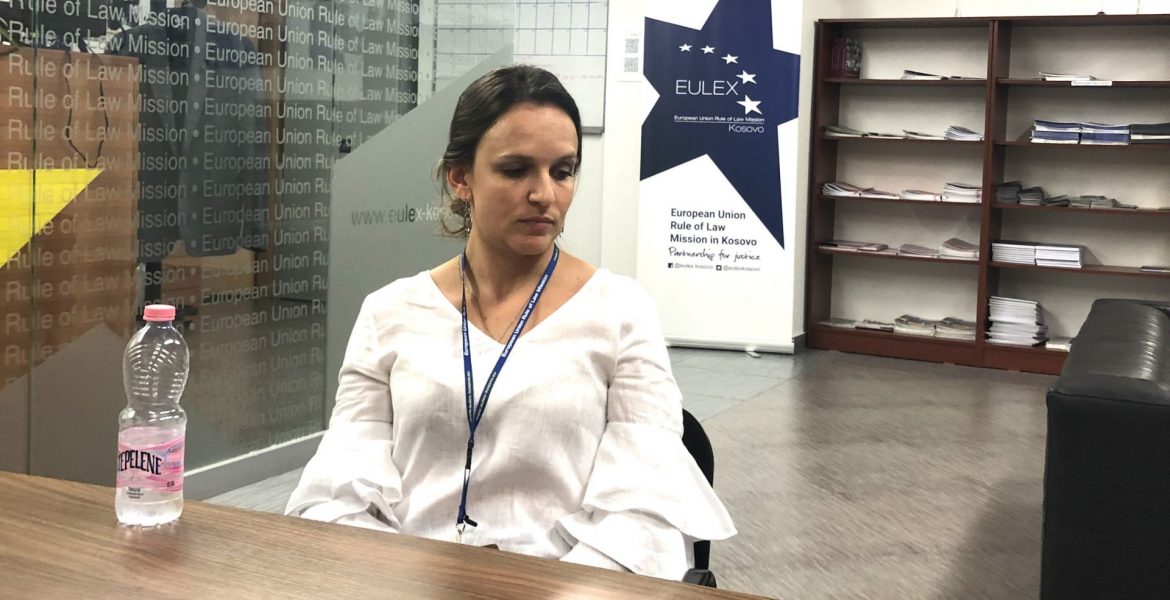 Luísa Marinho: The power of images

Luísa Marinho, a forensic anthropologist, like many others like her, felt her hands shake many times, her mind in overdrive, and uncomfortable emotions surfacing in a typical autopsy room.

When she first started to work, the Portuguese anthropologist could not carry on with the examination until she covered the face of the dead person.

After she started to work in different countries, including in the search for the missing persons from the civil war in Spain, she had to deal with the remains of those who were murdered and whose bodies had gone missing for many years. What she experienced was a different sensation – of pain and connectedness.

Now, as part of the European mission in Kosovo (EULEX), she examines the remains of persons murdered and gone missing during the war in Kosovo, she requests to see their pictures. “To me, it is like completing a puzzle,” Marinho says.

It is difficult for her to express in words a job like that of a forensic examiner due to the fact that she obtains so much information from such few things. “You can get so many answers at the same time from very few sources,” she explains.

To Marinho, it is no longer important how old a case is. She felt this when she started to work on the so-called “cold cases” in Canada involving murders not solves for many decades, by finding and identifying the missing, who simply were not forgotten, but were never properly searched for.

“You cannot remain indifferent or cold, because you feel the same anger or pain like the families surrounding you,” she says. “Those are the difficult moments that we must go through.”

She says the hardest part is when she has to deal with bodies or remains of children, because – as she says – it is a moment when she cannot reign in her emotions.

“When you deal with older people, you realize it is a process of life. With children though, no matter how much you try to close the door on the emotions, you feel the pain for that life cut violently,” she says.

In this realm of the relationship with the death, Marinho says that despite there being no spiritual or religious background, “examination always causes pain.”

A part of Marinho’s work is the examination of remains coming from Serbia, which in all reports that were issued wrote “unknown cause of death”. She says one cannot hide the truth professionally when there are bullets in each one of them.

“I think it is important to say that in my experience, a pathologist and the anthropologists were very accurate in their examinations,” she says.

Marinho says that often you cannot learn details about the life of the person undergoing examination. “At those moments, it is easier for us, as it shields us in a way from having that information or having a contact that may affect us,” explains Marinho.

However, to her, what may seem as a “closed” case, when the remains are handed over to the family, it is an unfinished work. “That does not mean justice for the victim or the family. You cannot say it is a closed case for them,” she says.

In some cases, those who have been waiting for years to find their relatives, often felt happier and more relieved that the remains were being returned to them. “Some of these families that we meet say that until they see the perpetrators behind bars they will not feel any relief. So, we relate to that,” she says.

However, always after the identification, there remains a long road ahead until a criminal investigation is conducted. “When I go to meet the families and hand over the identified remains to them, I see it means the world to them,” she says. “At that moment, you share their sadness.”

At other times she faces the disappointment and anger of families for all those years of waiting.

“Sometimes I think, how we can still be here, searching for who knows how many years, or asking: why did this not take place sooner?”