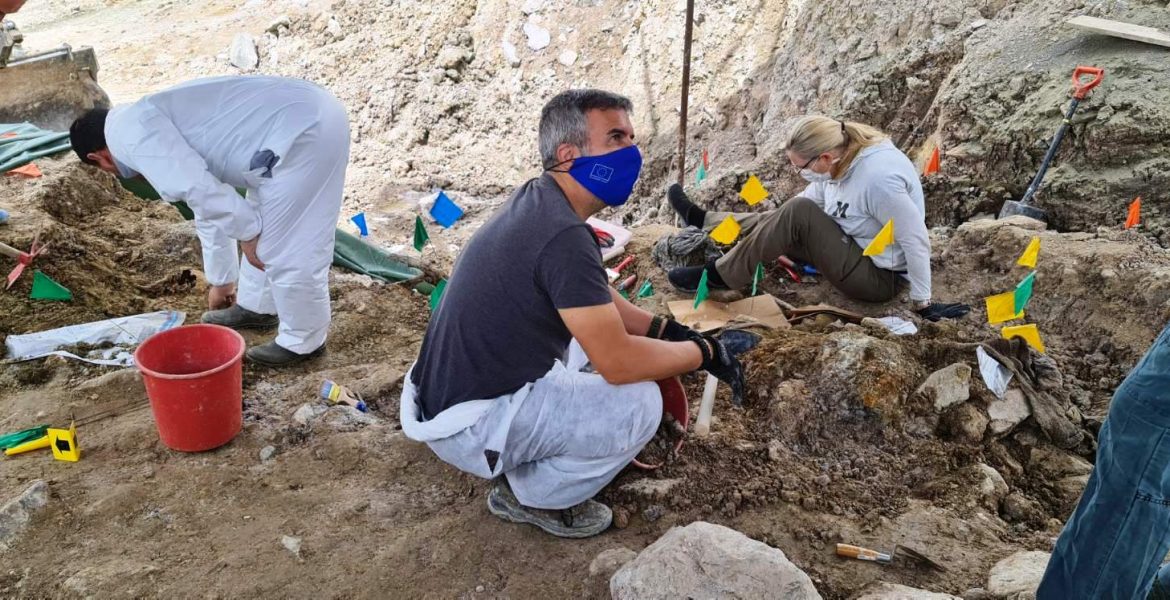 Javier Santana: They get back as nightmares of human pain

Before dealing with the remains of those who were victim of the atrocities committed during the bloody dissolution of former Yugoslavia, Javier Santana, a forensic archaeologist, was passionate about archaeology. For more than three decades he believed that would be the passion and life focus of his profession.

He was especially involved in the searches of Saxons, Vikings and Romans, exploring the traces of ancient battlefields in Romania, Greece, Italy, and Middle East.

That work incited curiosity and passion for him, as he wished to find Roman graves and achieve results. “There is no pain there but you can work hard,” says Santana.

However, when he started to examine new cases in Bosnia and Kosovo, his feelings towards his work changed radically.

“Whether you worked in the autopsy room or at the graves, it is not something that you can let go off so easily. It is something that haunts you,” he says.

Santana says one must have a strong passion to manage to hold the emotional burden that comes with this work, as the satisfaction of finding a body is always darkened by the understanding of the pain that the victim experienced, and the pain that family members feel.

“You have to learn to bear the burden of the shock by what a human creature is capable of doing to another one,” he says.

Santana says that for him it was always difficult to bear the emotional burden of this job’ yet, it helped him shape many of his life views.

“No matter how hard you try to put up a shield you cannot escape the emotional burden that comes with this job, or with the nightmares,” he says.

After the examinations, Santana often experienced the anxiety of sleepless nights, and says that nobody can prepare the forensic examiners about how to personally deal with their emotions. “We have different people. Some are so susceptible to this job that then cannot even bear to talk about a case, and they faint,” he says.

He says the most important part is when you find the remains of a person or several persons in a location and you also discover that someone made an effort to hide a crime.

Therefore, his examinations and those of the others not only uncovered the truth about a person they bring to their family but they also helped determine what happened to the victim by presenting evidence that may lead to the sentencing of perpetrators.

“Those who commit murders have the inclination to hide the crime. They have a reason to hide the bodies because they attempt to hide the evidence of a murder. It is macabre,” he says.

For the Spanish forensic examiner the examination of crimes committed in Kosovo has been a continuation of his shaping of the views about the scale of the crimes.

He and his colleagues had faced such changes for year in Kiževak, Serbia – at the site of a large quarry still operational under which the remains of 11 Albanian civilians murdered by the Serbian forces in spring 1999 were found.

“The process of determining the exact location of the bones was complicated by the fact that the mine had five layers of soil, each nearly 13 meters.”

However, Santana wishes to give more hope to those who are living through the saga of searching for the missing.

“Hiding the body of a person in a gravesite if often like hiding a book in a library. Sooner or later it will be found, even if many years pass,” he says.