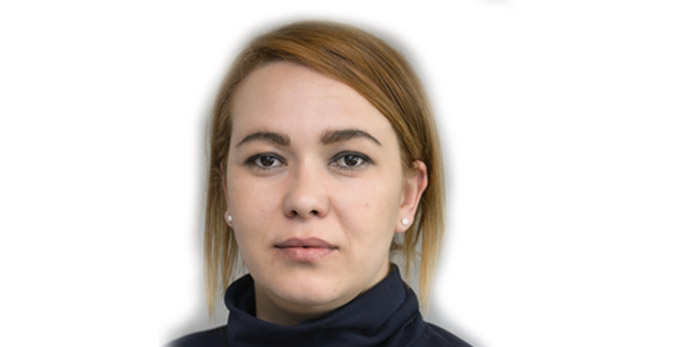 ”Why should we be writing about it, there is nothing new there… as compared to others. Montenegro basically has not participated in the war at all”, said a colleague recently, an experienced journalist who works for a high-circulation daily newspaper, while answering the question why war crimes, in case of which light has never been fully shed on and which have never been fully processed, are not a topic for the national media in Montenegro. It happened in May, a day after several local NGOs marked the 26th anniversary of a war crime committed on the territory of Montenegro, known as the case Deportation.

Back in 1992, at least 66 ethnic Bosniaks and several Bosnian Serbs were arrested, taken to the police station in Herceg Novi, and then deported to the territory controlled by Bosnian Serbs. Most of them were killed, and their remains have not been found until today. After a court trial that lasted for years and involved lower and higher instances in Montenegro, the conclusion is that – it is nobody’s fault. The information about the commemoration in May and requests to finally find and punish the perpetrators of the crime were covered by few media, in the form of flash news of several paragraphs. If this is not a topic of interest for the independent media, which are mostly very critical when it comes to the authorities, why would it be a topic for anyone else. And it is indeed not a topic, we pretend that it never happened. We, journalists in Montenegro, write a line or two (and sometimes we do not) about anniversaries and about other uninvestigated crimes that happened during the 1990s war. The same words, the same meaningless phrases of persons competent, and identical calls are being voiced by the civil sector. We are almost writing the same texts from one commemoration to another. The murders and kidnappings in Štrpci, Kaluđerski Laz, Bukovica, the shelling of Dubrovnik or cases of torture in the concentration camp Morinj have not been a topic of interest for anyone in Montenegro for quite some time. Neither for the opposition nor the media nor the governing majority. And even less so for the prosecutor’s office. Although a new strategy on war crime investigations was presented as early as in 2015, a new special prosecutor’s office for war crimes established, opening of new cases and re-opening of old cases were announced, three years later, basically none of this happened. Sporadic sentences about the need for the Montenegrin society to face the past appear in some annual reports or during visits of international delegations, but they are rather part of the protocol, and not being said because someone really has the intention to do it. And as if this were not enough, the annual EU progress reports for Montenegro are generally another piece of copy-paste news. Montenegro is being criticised in several paragraphs for not having done enough and is being invited to find and punish perpetrators of war crimes, including also those in the highest positions. The piece of information that by the end of last year, Montenegro had paid almost 1.5 million EUR in compensations to victims of war crimes on its territory was therefore almost a surprise. Most of the compensations were given to families of the disappeared and killed in the case Deportation. There were ironic comments and questions as to how victims are entitled to compensation, when according to final court rulings, these crimes have never happened. Some representatives of the civil society claiming that Montenegro was an ”aggressor during the 1990s war” and that the dark things from this period had to be called by their right name equally dislike the government and the largest part of the opposition. They also dislike some NGOs that advocate in their programmes and projects rule of law and better relations between countries of the region. It is a fact that the process of facing the past in Montenegro has not even started yet, and the reason might lie in the very fact that the same actors from the 1990s are still active in the public and political scene in the country, both in the position and opposition, but also in the civil society sector. To start with, it would be necessary to admit that Montenegro was actively involved in the 1990s war, although my colleague claims the exact opposite.

In favour of another anniversary

On June 5th this year, there was a solemn reception at the government residence in Cetinje, when national officials, few representatives of the opposition, but also numerous guests from the international community celebrated the first anniversary of NATO membership. Of course, nobody mentioned Murino. The small place in the northeast of Montenegro is the scene of another crime, which is officially no crime. During the NATO bombing in April 1999, six civilians were killed in Murino, out of which three children. This is another event that we pretend never happened. Neither for the largest part of the public nor the judicial bodies. It was particularly undesirable to mention that ”unpleasant detail” during the pluriannual campaign of the Montenegrin authorities that aimed at explaining the citizens that NATO membership was the best that could have happened to them. Anti-NATO activists and part of the opposition, who at moments were louder than the government representatives, invested more in the argument ”what will happen if Russia becomes angry”. There was not much space in the framework of the campaign for the outcome of the extremely problematic court trial in Montenegro, which lasted for more than a decade, when families of victims killed by NATO bombs were first given compensations, and then, in a final ruling, were requested to return the money they were given. The bridge on the river Lim in Murino, where these children and elderly persons were killed, might have been a legitimate military target for the NATO allies. For the Montenegrin society it is obviously another ”perfect crime”, just as the deportations or shelling of Dubrovnik, where there are victims, but when it comes to the perpetrators, we will discuss them on a different occasion. Maybe.