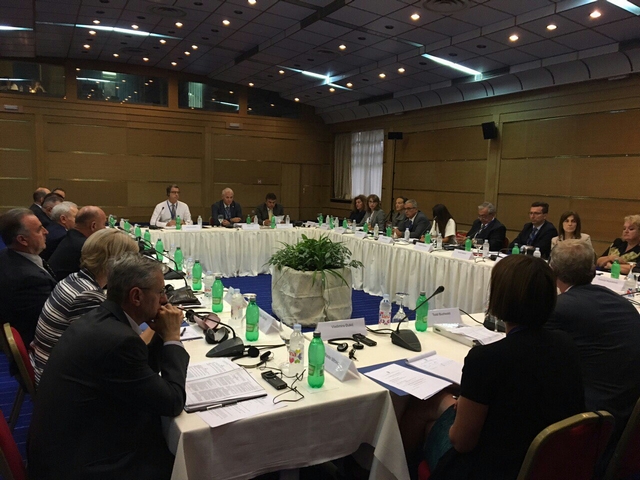 The 10th Annual Regional Conference of War Crimes Prosecutors on Monday in Brijuni in Croatia was a gesture of commitment to cooperation and achieving justice, Serge Brammertz, the chief prosecutor at the International Criminal Tribunal for the Former Yugoslavia, told BIRN.

“At a time when politicians and officials throughout the region are raising tensions, denying crimes and praising convicted war criminals, the public may rightly wonder whether there will be accountability or impunity for war crimes in the future. But what this conference shows is that prosecutors from every country are united in their strong commitment to independent and impartial justice for all victims,” Brammertz said.

“We’re coming together to discuss challenges and identify solutions, and to demonstrate clearly that even at a time of political tension, the justice process will move forward,” he added.

As well as prosecutors from Bosnia and Herzegovina, Croatia and Montenegro, the US ambassador-at-large for war crimes Todd Buchwald attended the conference.

The Bosnian chief prosecutor Goran Salihovic moderated a session on cooperation between prosecutors in the region, and his office said that “Bosnia and Herzegovina is most interested in regional cooperation considering that most war crimes were committed here”.

“The Bosnian prosecution is undertaking intensive attempts to locate and extradite suspects around the world, and we are currently expecting extraditions from the US and France,” the prosecution statement added.

Countries in the region do not extradite war crimes suspects to each other, but have signed agreements allowing for the transfer of cases.

There are still hundreds of open war crimes investigations in Bosnia and Herzegovina alone.