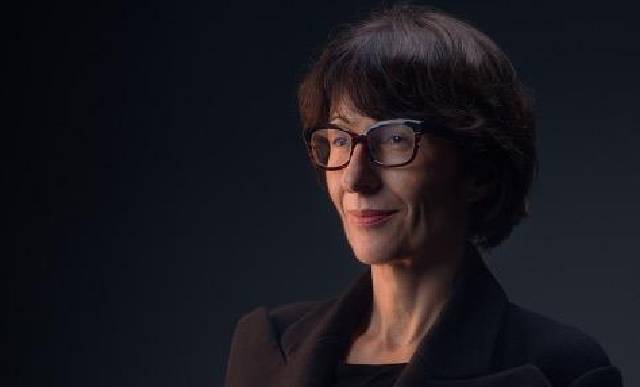 Thirty years have passed… Never has the past hit the present head-on like this year.

For the twentieth anniversary of the beginning of the aggression against Bosnia and Herzegovina, we came to Sarajevo, us, some fifty foreign journalists and photographers who had shared with the Sarajevan’s those dark hours of the history of Bosnia and eye witnessed the return of war, sieges and mass crimes in Europe. We were there to break oblivion with them, to deceive the amnesia of a Europe as eager to erase its dishonor and, with it, this tragic chapter of its history, as to reconnect with its blind belief in the “End of History” and “Perpetual Peace.”

In 2012, the red chairs were there so that the past could speak to the present and enable it to better prepare for the future. But in the following years, we did not want to hear the hegemon calling for the destruction of a state and denying the proper identity of a nation. We didn’t tell him that we knew the score and rather than dissuade him, we listened to his grievances. Once again, we have missed out on this historic opportunity. Once again, we let the hand of the executioners fall on a nation. How many red chairs will be needed for Kyiv, Mariupol, Kharkov, Mykolaiv, Odessa…?

In this year 2022, more than ever, the past and the present collide. In the first days of the Russian invasion in Ukraine, watching the inhabitants of Kyiv erect barricades, pile up sandbags in front of historic or government buildings and go down to shelters, I saw myself again in the streets of Ljubljana at the end of June 1991 or in those, later in July, of Vukovar, Vinkovci or Osijek. Columns of tanks, the heavy doors of air raid shelters, the destruction, the first deaths. War was back in Europe for the first time since the fall of the Berlin Wall, but Western leaders did not believe it. Nor did they believe it until this new war broke out and it was too late.

In Ukraine today, all of Milosevic’s wars and thus our memories jostle in one place, adding to the immense unease that the present itself already produces. After a month of carnage, the villages along the Ukrainian roads resemble those of Eastern Slavonia, Mariupol evokes Vukovar in agony, Odessa, just like Dubrovnik is caught between the artillery and a maritime blockade, in the Donbass region, camps are hidden, like in Prijedor. In the encircled cities, the aggressor advances building after building, street after street. This time, resistance has weapons, enough to slow down the aggressor but not to defeat it. And the food is running out. The bombardment in Chernihiv of residents coming out of their shelters to get bread is reminiscent of Vase Miskina Street on May 27, 1992. The siege is closing in on Kyiv as it once did on Sarajevo and, powerless, we watch a new European capital sink into hell, celebrating with indecent pride the courage of those heroes whom we allow to die in defense of our common values. In the hope that they will manage to keep the war away from us.

Day after day, there are more and more shattered lives, lives cut short and “displaced persons”: a quarter of the total population of the country in four weeks of war. People who, for the most part, will have lost everything when they return, if they can ever return. Already there is evidence of mass crimes and that the goals of the Russian army might be to empty the Ukraine from Ukrainians. To make a “renegade” people disappear from a “fictional” country that is also destined to disappear. The nature of the war is also changing: not only conquering but “cleaning up” and destroying everything. A war of annihilation. And the world wonders: how is this possible?

Sometimes I think I hear Milosevic when Putin is speaking. I am not struck by temporal confusion. Putin and his “Russian world” had Milosevic and his “Serb world” as a precursor. It’s the same vision of the world, the same violence that we know only too well. The same propaganda apparatus to camouflage it. There is an undeniable form of mimicry in justification, in the victimization of one’s people and the demonization of the enemy, in the excessive instrumentalization of the past, the worn-out invocation of “living space”, the grotesque lies and the mirror accusations. And the same stratagems, except that Milosevic had organized his military maneuvers not outside the borders of Bosnia and Herzegovina but inside and he did not fail to disguise his aggression as a civil war. Up to the landscapes and the destruction, there is a resemblance. Only the magnitude differs, because everything is now tenfold or even multiplied by a hundred: the area, the population, the strike force of the attacker.

On February 24, 2022, Europe woke up, showing an unprecedented unity and determination. But this sudden “European awakening” comes after years of weakness, complacency and cowardice. Europe could have interrupted this long slumber earlier, when Putin razed Chechnya and the rebel towns of Syria, when he implanted his SAOs or his Russian version of RS and RSK in Georgia or Ukraine. We should have known that the bear would not be satisfied with the “hors d’oeuvres” However, we were taken from behind. In the past, faced with Milosevic, the only obstacle was the absence of Western political will. Today, they are blocked by the Russian nuclear threat.

There’s none so deaf as those who will not hear, no worse blind man than the one who doesn’t want to see.

And already I have this feeling that when there will be a compromise, we will try to save Putin with the idea that would be to get the Russian hegemon to say that he has succeeded, despite the military catastrophe, without Ukraine appearing defeated.  A peace easy to sell, in a hurry we will be in wanting to see the darkness dissipate, and also to move on and think of something else. A shaky peace without winner or loser, to which Ukraine, like Bosnia-Herzegovina in the past, will owe its salvation just as much as its gravediggers will owe their future. A peace which will free Putin for other adventures as it had freed his Serbian precursor.

So, what have we learned from these wars in the 1990th that came to close the very tragic 20th century in Europe? How can we honor the dead with dignity other than by listening to their pleas? This Ukraine “remake” is an insult to those who perished at the hand of tyrants bent on falsifying history to hold on to power. And this threat looming over the Bosnian lands to complete the work of the assassins with the help of the man who today kills people along the Dnieper, should mobilize us more than ever. This is what we owe the victims. This is the only way we can save our dignity. Only in this way can we fully honor the victims of the war that was waged in Bosnia and Herzegovina thirty years ago.

Florence Hartmann is a French journalist and author.
She has been reporting on the Balkans since 1987, and for the French daily Le Monde she witnessed about the disintegration of the SFRY. Since 1991, she has witnessed about the wars in Slovenia, Croatia and Bosnia and Herzegovina. After returning to Paris in mid-1994, she continued working at Le Monde until the end of 2000. She was an advisor for the Balkans to Chief Prosecutor Carla Del Ponte and also a spokeswoman for the prosecution: off the International Criminal Tribunal for the Former Yugoslavia in The Hague (ICTY) and Rwanda (ICTR).
She is the author of several books about the former Yugoslavia (Milosevic, the  Diagonal Bishops) (1999); Peace and Punishment (2007), Blood of Realpolitik, the Srebrenica Affair (2015).
Since 2008, she has been a member of the Board of Directors of the Humanitarian Law Center.