Home Contact About
Home Beyond the Enthusiasm of Youth 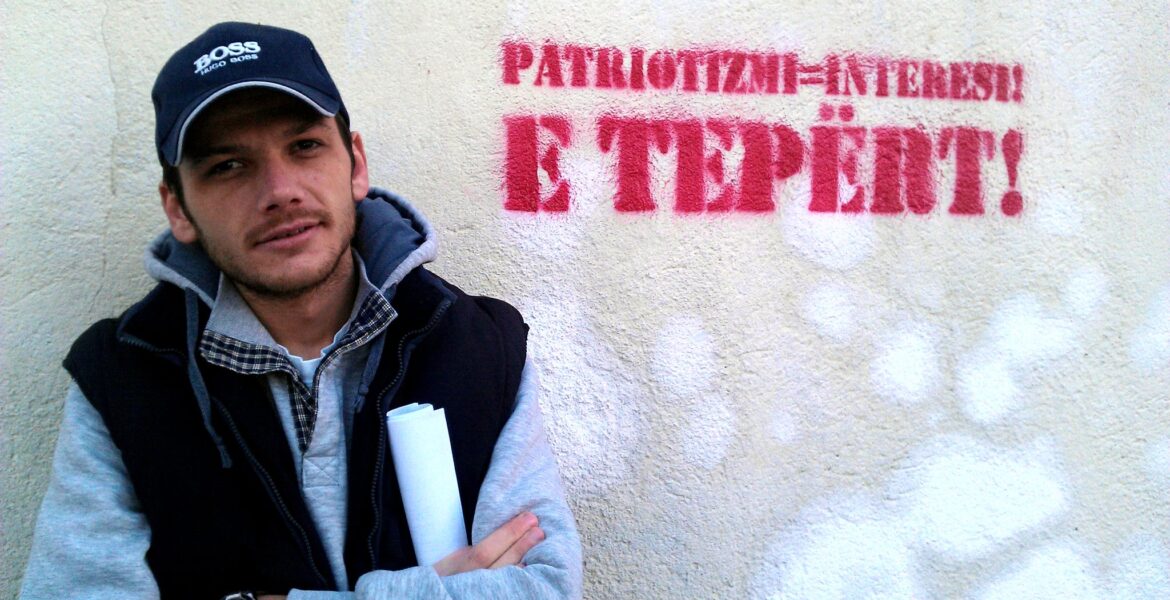 Beyond the Enthusiasm of Youth

As I was pondering how to start this article, I recalled how after the revolution or putsch of 5 October (depending how various people see it), when Milošević was kicked out of politics, the great reactivation of youth occurred sometime around mid-2006 with the referendum for the amendment of the Constitution of Serbia and the parliamentary elections of 2008. If we analyse the situation further, nowadays, fifteen years later, we note the same problems of overly old content. Adding to those the recent problems created during this time, they become more in numbers, while every passing day the youth are less ready or motivated to actively confront the problems that preoccupy them and their surrounding communities. Something similar to the great reactivation of youth must happen again, after the referendum for the amendments in the Constitution of Serbia of 16 January and the parliamentary election of 3 April.

Currently, at the times we are living, youth participation in public life lacks a precise definition or determination. Nowadays, this is more seen as means that ensure progressive and positive changes in the lives of youth in particular, and in building a better and more sustainable society in general. According to many studies and research done in the world or based also on various practices from countries with a sustainable democracy, youth inclusion in public life is perceived as a right of youth to be part of and to take over duties and responsibilities in the daily life, as a right to influence democratically on processes affecting their lives. However, I am not sure whether the same can be said for small countries where societies of provincial mentality live, especially when speaking about places like Presheva.

The Presheva Valley is a designation for the southern part of Serbia which comprises of three municipalities inhabited by an Albanian majority. It is located at the border with the Republic of North Macedonia and the Republic of Kosovo. Although these three municipalities are among the five with the youngest population in Serbia, Presheva holds the regional record for the unemployment rate and development stagnation.

The problems between Albanians and Serbs that have been present for many years, and the difficult relations between Kosovo and Serbia after 2000, in reality are revealed in the daily lives of the Albanian citizens in the Presheva Valley. As a consequence of such situation created over the years, the young people living in these area lose increasingly every day the will to become engaged and to drive forward youth causes and policies.

From this perspective, not only in the Valley but in other areas inhabited by ethnic minorities and developing democracy (for instance Sanjak, North of Kosovo, south of Alania etc.), the political parties often do not have a serious and frank approach towards youth or to re4solve their problems. This is not due to lack of desire but because everything takes place through populist policies of the politicians who, from the one hand rule for several decades in a row, and on the other hand, due to the lack of youth who are well-prepared and motivated to change the society.

This phenomenon is mostly noted in the situation of the civil society organizations in these places. They face survival problems due to lack of project development and management capacities. They are mainly fictitious organisations that are run and managed by a single person, they lack specialization and apply for any opportunity they see, regardless of the field or topic of such opportunity.

According to the laws of the Republic of Kosovo, apart from state institutions, the local self-governing units are obligated to deal with youth policies in order to improve the social position of youth and to create conditions to meet their needs and interests in all areas of youth interest.

If we look at the “Alternative Report on the Position of Youth in Serbia in 2021” published by the organisation Serbia Youth Umbrella (KOMS) – an association of 104 youth organisations and organisations for the young, 106 municipalities of 145 included in the research had not adopted the Local Plan for Youth Action. The Municipalities of the Valley are among those. This finding ascertains that in 106 municipalities, the Office for the Youth is used to employ members of youth forums of the party or parties in power, which is an indicator of the level of youth policies at the local level. When speaking about civil society organisations, every power establishes its own organisations through forums of the parties in power and supports those via subsidies for non-governmental organisations.

Using the example of Presheva, the local governance with its subsidies for the non-governmental organisations that reach a maximum of €2,000 for a program annually has destroyed these organisations rather than contributing to their development or the development of youth by financing organisations that are close to the power through a non-transparent and unfair process, while not requiring from the organisations to submit reports about activities conducted and how the funding was spent.

In parallel with putting in place such practices, youth activism and policies have lost the purpose for which they exist. This has resulted in a loss of dialogue and collaboration between youth themselves, at the local, regional levels and beyond. Such phenomena have resulted in self-isolation and ghettoization of youth, transforming them into a decorum for political activities or projects, by not giving their real and meaningful influence. As a result of such approach, in the last ten years the local level has seen the emergence of many youth mini groups that do not collaborate or worse, hate one another because of the race and competition for survival.

Based on such regress of activism, adding to it the tough economic situation, the youth in places similar the Presheva are choosing increasingly the populist model planted in the society by provincial politicians, seeing that as an opportunity to be promoted in public life in general. Such approaches in the last ten years have destroyed everything that has been invested and created for many years to advance regional and interethnic cooperation.

These societies mention dealing with the past only when this topic is obligatory or to ensure funding for some short-term project. Cooperation and dialogue among youth from different ethnicities in these regions is at the level of workshops and touristic training, where the same people keep going – to travel rather than because of the topics that are elaborated. In this respect, a large dose that discourages cooperation and dialogue among youth from different ethnicities in the Balkans results from the frail relations and the charged speech of the leaders from the states in the region, and also due to prolonged talks between Kosovo and Serbia, the results of which still are invisible in the daily lives of the citizens. Cooperation and dialogue among youth in the Balkans focuses on youth from the capital cities, thus pushing further away the youth of more remote areas.

To go back to the start, the latest events of the Russian invasion in Ukraine and the autocratic governments in the Balkans that have hybrid democracies ring the alarm for all parties that influence youth education and strengthening of interethnic cooperation and dialogue. Dealing with the past and talks for a common future should be the main steps to re-establishing stable foundations towards building a sustainable democracy and genuine regional cooperation, which would not allow our societies to be misled or to repeat the recent history.

Beginning with the youth themselves, the civil society organisations, local and foreign donors, all the way to the public institutions, it is necessary to react urgently focusing their opportunities and programs into building capacities for developing sound relations and establishing a sustainable cooperation among the youth in the Balkans. This cannot me achieved in seasons but by working continuously and with dedication. One thing is clear: it is hard to motivate youth from smaller places to be active and politicised but if they manage to become active where they live, that activism will forever impact their perceptions, worldviews, and how to search for ways to change the entire world.

Abdulla Ahmedi is a civil society activist mainly in Presheva yet active in the entire region in the area of human rights and public policies. He currently works as an editor for the medium PreshevaPRESS, that mainly covers topics and information pertaining to the Presheva Valley. He is the Director of the Non-Governmental Organisation “Organizata Aktivistëve REFORMA” which mainly works in youth activism at the local level through non-formal education and promoting inclusion in the decision-making process. As a graduate of Economics, Ahmedi has briefly worked in this profession as since 2005 he is known as a political and human rights activist.