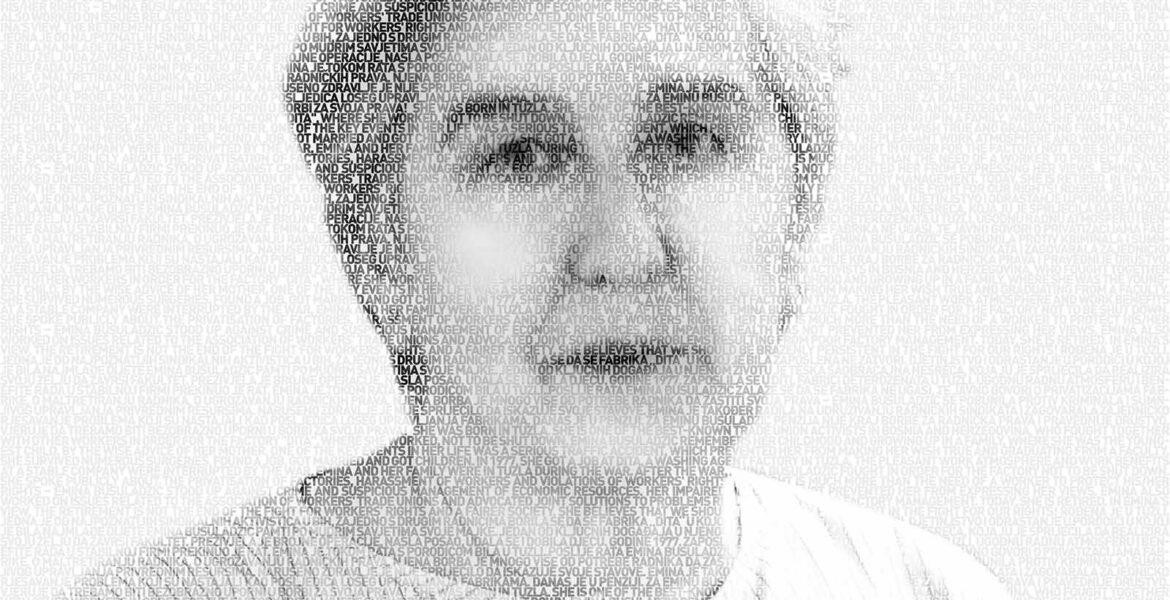 She was born in Tuzla. She is one of the best-known trade union activists in Bosnia and Herzegovina, who fought together with other workers in order for the factory “Dita”, where she worked, not to be shut down.

Emina Busuladžić remembers her childhood and growing up in a family, where she was the youngest child, by the wise advice of her mother. One of the key events in her life was a serious traffic accident, which prevented her from making her wish true and graduating from a faculty. She survived numerous surgeries, found a job, got married and got children. In 1977, she got a job at Dita, a washing agent factory in Tuzla. The pleasant work atmosphere and work benefits at a stable company were interrupted by the war. Emina and her family were in Tuzla during the war. After the war, Emina Busuladžić fought in order for the factory not to be shut down. She spoke publicly about the privatisation of factories, harassment of workers and violations of workers’ rights. Her fight is much more than the need of a worker to protect his/her rights – Emina Busuladžić stood up against crime and suspicious management of economic resources. Her impaired health has not prevented her from expressing her views. Emina also worked on issues related to the association of workers’ trade unions and advocated joint solutions to problems resulting from poor factory management.

Today, she is retired. In Emina’s view, the retirement is not the end of the fight for workers’ rights and a fairer society. She believes that we should be brazenly persistent in the fight for our rights!

“Responsibility, responsibility! Responsibility towards the children… Our legacy – safety of workers… The easiest thing is to go home and wait for someone else to resolve your problem. Nobody is going to do that. We are the ones that have to solve our problems.”