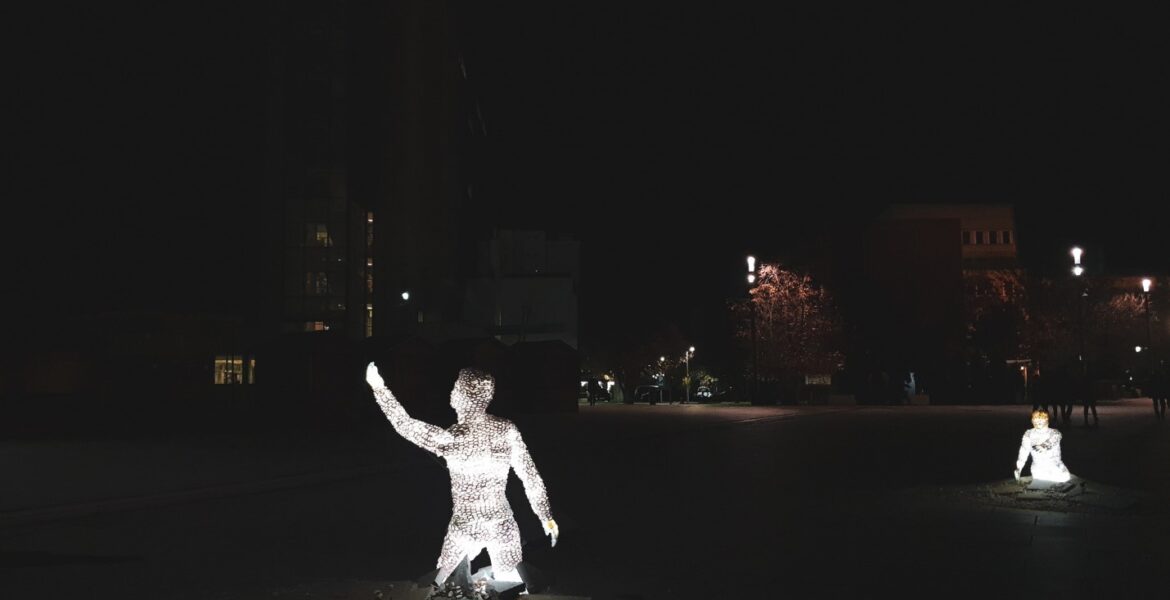 Agron Limani, from Krusha e Vogël, and his family continue to wait to know the fate of the father, uncle and uncle’s son. In 2014, mortal remains of his brother, Luan, were found in a mass grave near Prizren. His father, brother and two uncles were killed at noon on 26 March 1999. They were killed in Krusha e Vogël massacre together with 106 other people. Luan was 21 years old in the spring of 1999 when he was taken by Serbian forces and his family didn’t know anything about his fate for 15 years.

Limani says that any information would be a step in finding his family members.

“No doubt, whatever information the institutions may have, it should serve as a reason to make excavations without delay in order to investigate mortal remains,” says Limani. “The arrest of perpetrators responsible for the disappearance of those persons can help in clarifying the fate of missing persons.”

It has been over 22 years since the end of the 1998-99 war in Kosovo and the lives of missing persons, as a consequence of this conflict, have turned into numbers.

Relatives of 1,622 people that are considered missing from the war are still waiting for answers about the fate and whereabouts of their loved ones.

According to Liman, war crimes suspects must be brought to justice in order to know more about the whereabouts of missing persons.

“Therefore, the government should push this agenda forward, through its mechanisms, to bring the suspects of war crimes to justice and through them to obtain information on the location of mortal remains,” he said.

The Government Commission on Missing Persons (CECP) does not prefer to make public the location where the excavations are currently ongoing, while they have confirmed for at least five orders issued by the prosecution for excavations within the territory of Kosovo.

“The CECP is aware of at least five locations within the territory of the Republic of Kosovo. As for the locations, given the sensitivity of the issue and in order not to disturb family members without achieving concrete results, the CECP does not prefer to make public the excavation sites without completing them”, said the Office of the Commission Government on Missing Persons in an electronic response.

While Bajram Qerkinaj, the co-head of the non-governmental organization, Missing Persons Resource Center, which brings together families of missing persons from all ethnic backgrounds, says that there are seven orders for mass graves in Kosovo. But according to him, the problem is that the work is being neglected in some cases.

“According to the prosecution and police, there are 7 orders for excavations at sites suspected of cemeteries and none has been carried out,” says Qerkinaj.

“The fault lies with the negligence of the work of the Institute of Forensic Medicine and the Government Commission on Missing Persons”, he adds.

So far, the Prosecution has confirmed that it has issued orders to conduct excavations in four suspected mass graves in Dreth of Leposavic, in Has of Prizren, in Koshare of Deçan and in Javor of Malisheva. The locations in Orllat and Klecka are also under consideration.

But Qerkinaj says that authorities are delaying the start of the work.

“We have issued five in the north, but searches have still remained uncompleted. In Zubin Potok, as well, and in many others that I am not entitled to talk about”, he says.

Qerkinaj accuses the Government Commission on Missing Persons and the Institute of Forensic Medicine for the non-completion of the work.

He expresses doubts about stopping searches for mortal remains.

“They are saying now that they could not work because the company’s contract expired in August. But this company worked in September and in October”, says Qerkinaj.

The Government Commission on Missing Persons calls Qerkinaj’s and other family members’ critiques for negligence in excavations “prejudicial”.

According to the Government Commission on Missing Persons, “efforts to shed light on the fate of missing persons have been consistently characterized by obstacles of various natures, especially the politicization of this process by Serbia.”

The Ministry of Justice said that it has received the orders and “the planning (for excavations) is done with many actors, but in cooperation with the Commission (on Missing Persons) of Serbia within the framework of the memorandum of cooperation for their presence during excavations.”

It was reported in the September meeting in Brussels between Kosovo and Serbia negotiating teams that both sides have agreed to open military and police files of the time of the 1998-1999 war in Kosovo to help find missing persons, but family members are very skeptical.