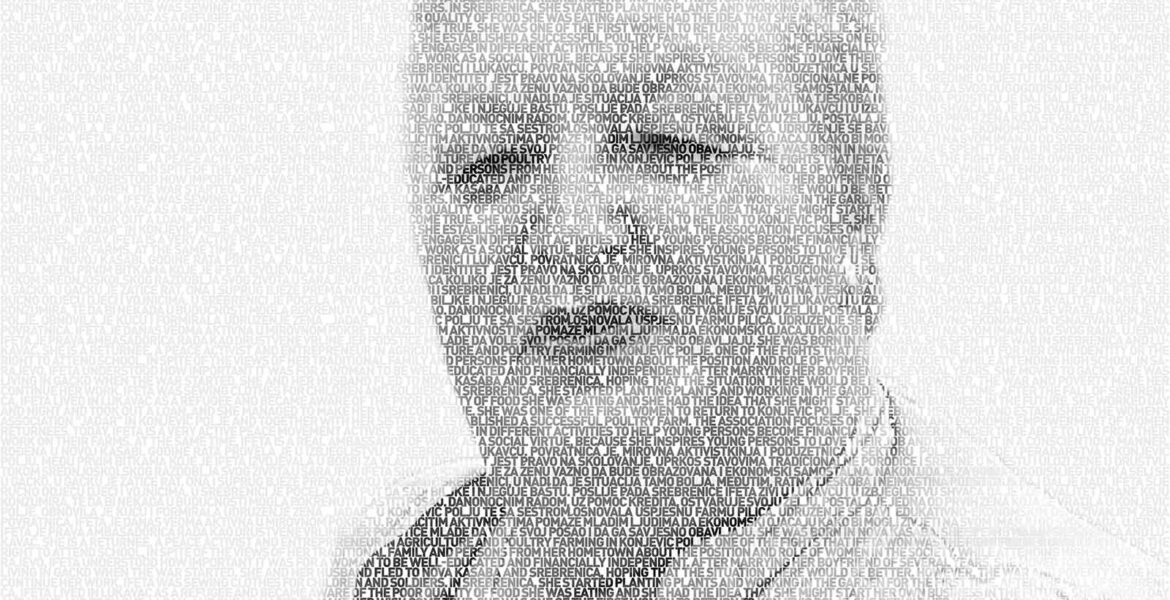 She was born in Nova Kasaba. She spent the war in Srebrenica and Lukavac. She is a returnee, a peace activist and entrepreneur in agriculture and poultry farming in Konjević Polje.

One of the fights that Ifeta won was the fight for her own identity or the right to attend school, in spite of the views of her traditional family and persons from her hometown about the position and role of women in the society. While attending high school in Sarajevo, Ifeta understood how important it was for a woman to be well-educated and financially independent. After marrying her boyfriend of several years, she moved to Gacko. She was living in Gacko when the war started. She and her husband fled to Nova Kasaba and Srebrenica, hoping that the situation there would be better. However, the war and poverty made her continue her work. Ifeta was sewing clothes for children and soldiers. In Srebrenica, she started planting plants and working in the garden for the first time. After the fall of Srebrenica, Ifeta lived in Lukavac as a refugee and became aware of the poor quality of food she was eating and she had the idea that she might start her own business in the future. She worked day and night and took out a loan, and she managed to make her wish come true. She was one of the first women to return to Konjević Polje. She rebuilt her home and established the women’s association “Jadar” in Konjević Polje and together with her sister she established a successful poultry farm. The association focuses on education and economic empowerment of women returnees.

Today, Ifeta is a very active peace movement activist. She engages in different activities to help young persons become financially stronger in order to be able to live from their work on their farms. At the same time, Ifeta is a real ambassador of work as a social virtue, because she inspires young persons to love their job and perform it in a conscientious manner.

“They are asking me whether one can become rich by working. I reply that one cannot become rich, but one can have a rich life by doing this job. Take the matters in your own hands. You are the ones who decide about yourselves.”

“A pencil is the symbol of my fight to learn to write. I would not be what I am today without a pencil. There is also nail polish. My mother never allowed me to put nail polish on my nails when I was young. I fought for my freedom. I always like to see a nice nail polish bottle.”