Home Contact About
Home Media in Time of Pandemic 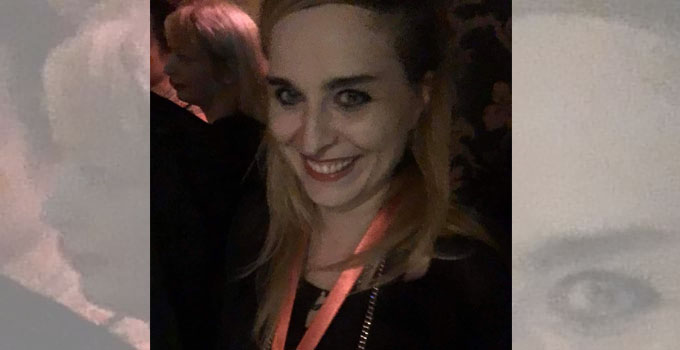 Media in Time of Pandemic

On the day when the state of emergency was introduced in Serbia, the Danas daily editor-in-chief introduced the state of emergency in our editorial office, as well. He forbade all the journalists to come to the office, while the entire, so-called technical work is to be done by the editors. We work online by making daily agreements via e-mail about the topics we are going to address on that day. Of course, emergency situation has not made us weaken our critical attitude towards the government and public officials on whose decisions the lives and destinies of the citizens of Serbia depend. In a newly arisen situation, all of us are putting the same energy into criticising the government from an extraordinary and unexpected angle, aware that in front of us are people who used to hold the highest government positions during the 1990s and wars in former Yugoslavia, when the politics they advocated resulted in dozens and hundreds of thousands of dead.

Still, it seems inappropriate – in terms of the content – to compare government’s treatment of the media, and consequently of the citizens whose president Vučić is at the moment, with the treatment he exercised as a high official of Vojislav Šešelj’s Serbian Radical Party during the ‘90s, when the journalists were arrested and murdered for being critical of the war crimes politics of both his party and all the others involved in and profiting from war propaganda. During the ‘90s, specifically during the wars in former Yugoslavia, Serbia’s official and unofficial politics was the one of an aggressor, leaving behind hundreds of thousands of dead of other nationalities and religions and committing genocides and the most monstrous crimes since the Second World War; hence the comparison of the media suppression that Vučić is currently doing, probably with the same zeal as in the past, with the wars and his sins from that period that he never atoned, is a bit relativizing concerning the tragedy of that moment. And this was about pure hatred towards people of other nationalities and religions, as opposed to the current moment when we are dealing with the pandemic of a deadly virus which does not discriminate between on nationality and religion. The same model of interpretation may be applied on media, as well. At the time of war crimes and genocide, many journalists and media were not critical of the war crimes committed with the same zeal towards the government to which Aleksandar Vučić used to belong as it is the case today. It is largely discussed today that Aleksandar Vučić’s government is supressing human rights and liberties, while little is emphasised in terms of the fact that he is a man who has built his whole career on the promotion of crimes and genocide and hatred towards non-Serbs in former Yugoslavia. Hence, it may be concluded that, in view of the victims of such criminal politics, it would be rude to give the same weight to the suppression and denial of elementary freedoms of citizens today and to what was happening in the 1990s.

Today, at the media conferences dedicated to this vicious disease which occur almost daily, Aleksandar Vučić’s regime is doing everything to present critical media – that is, all those that are not under his direct control – as alleged papers of his political competitors. They are trying to convince citizens that any criticism of the government and its actions actually represents a personal revenge of some politicians who manage these independent media and control their content. This continues amid the COVID-19 pandemic, as well: at the press conferences, questions are ordered from journalists employed in media outlets with national frequency, those with the largest viewership, which are, according to the content and the manner of processing information, evidently under his control, and no further evidence is needed to confirm this. Such shameful behaviour of alleged public workers – journalists – will certainly be recorded in theory as one of the worst forms of propaganda.  This is something Serbian media have vast experience with – it is also clear from the recorded and extensively theoretically elaborated relationship of the media with the war criminal government of the 1990s. The duo currently in power – Aleksandar Vučić and Ivica Dačić – used to be part of it, as well as media outlets such as the Radio Television of Serbia, PINK TV and other levers of the corrupt and war criminal regime.

Signalling modesty and victimhood as a result of non-existent circumstances and realistic conditions that would make him a victim, Aleksandar Vučić has reached the next level in his “game“ of addressing the public, i.e. propaganda. Namely, this is how the performance of putting the “leader“ to the pedestal of God himself looks like: a “journalist“ from a media outlet with the largest viewership asks a question during the live broadcast of the press conference, which almost all citizens, sitting locked at their homes in deep isolation, are waiting impatiently to see and hear. That question is about those who are critical of government’s actions or simply wish to discuss certain acts and measures introduced due to pandemic. Twisting the meaning and fixing the context in which the criticism is made, journalists, in subjection to the government, are giving platform to Aleksandar Vučić to manipulate public opinion. Those questions asked by journalists who work for Aleksandar Vučić’s regime even in the times of a pandemic usually contain an introductory part in which false or twisted facts are presented, based on which an allegedly logical postulate of malice towards Vučić is made. The answer of the President of Serbia then contains dramatic pauses, sighs, an entire theatre of acting the feelings of self-sacrifice, honesty, goodness and wisdom for the higher aim – citizens’ wellbeing. Then, he expresses criticism of the subjugated journalist question which is allegedly not appropriate then and there because of the tragedy of the moment in which the entire society currently is. Saying that he does not want to answer to questions related to his political opponents and the criticism of his work, Aleksandar Vučić in that introductory part expresses all the rage and disdain towards all those who dare to criticise him and, really having said everything, concludes that actually he does not want to talk about it at all.

On the other hand, other topics, such as corruption or dealing with the war criminal past of those who hold the highest government duties are currently neglected in media. It is justified, having in mind restrictive and insufficiently explained pandemic measures affecting almost all categories of population. If we add mistakes, victims, the number of infected due to state’s negligence towards health workers and working conditions in which they are fighting the pandemic, followed by arrests and intimidations of journalists who dare to talk about it publicly, it is very clear why this is so. However, we, at the Danas daily editorial office, are not giving up, because it is clear that, if the situation is really bad at one social level, it is obviously the same at almost all the others, because the quantity of evil, incompetence and irresponsibility pours over all parts of our community.

Snežana Čongradin is a journalist of the Danas daily, forumZFD Belgrade’s long-term partner, whose joint efforts focused on dealing with the past are continued during the pandemic.