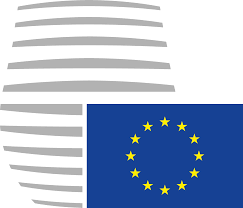 An intergovernmental conference of representatives of EU member states and Serbia was held in Brussels on 18 July 2016, marking the opening of Chapter 23 (Judiciary and fundamental rights) and Chapter 24 (Justice, freedom and security) within the negotiations for Serbian accession to the EU. The Humanitarian Law Center (HLC) welcomes this step in the European integration of Serbia, but also points out that the institutions of Serbia still have a lot of work to do in applying the mechanisms of transitional justice and dealing with the legacy of the recent past.

Opening the chapters is the beginning of a long journey of adjusting to the legal and civilisational heritage of the European Union and the establishment of standards of the rule of law which apply to all member states. Chapter 23 provides a series of measures aimed at the improvement of the overall justice system, for guaranteeing fundamental rights of all citizens and for a comprehensive fight against corruption. For Serbia, this chapter includes the very specific issues of dealing with the legacy of the wars in former Yugoslavia, such as the prosecution and punishment of perpetrators of crimes in these conflicts, as well as the provision of justice to victims of these crimes.

The negotiating position of the EU has set clearly defined, so-called transitional criteria, before Serbia. The further course of the accession negotiations depends on the fulfillment of these criteria. In the field of dealing with the past, the criteria assume the effective implementation of the National Strategy for war crimes prosecution, whose aim is the investigation and prosecution of war crimes; the adoption and implementation of a prosecutorial strategy for investigating and prosecuting war crimes;strengthening the investigative, prosecutorial and judicial bodies in order to ensure a proactive approach and the confidentiality of investigations; training the new and existing staff; improvingwitness protection and victim support systems; guaranteeing the rights of victims and theiraccess to justice without discrimination.

Moreover, Serbia has to investigate properly all allegations on crimes and treat all suspects equally, without giving the impression that anyone can be above the law, and regardless also of the nationality of suspects or victims. Serbia needs to increase its performance in terms of investigations, prosecutions and convictions regarding the higher-ranking perpetrators, and it also needs to ensure the proportionality of sentencing and a penal policy that is in accordance with international criminal standards. Other requirements include the aforementioned regional cooperation in order to avoid conflicts of jurisdiction, and the prosecution of war criminals without discrimination, as well as constructive cooperation with neighbouring countries in seeking and identifying, that is, in determining the fate of missing persons, as well as full cooperation with the International Criminal Tribunal for the former Yugoslavia (ICTY). The above mentioned criteria will be modified and supplemented, if necessary, as the negotiations are progressing and Serbia is expected to recognize and use the expertise of civil society and engage in a real and systematic dialogue together with it.

The HLC points out that, despite Serbia representatives stating that the EU negotiating position did not satisfy Croatian requests, some of the requirements made by Croatia have found their place in the common stance of the EU. These requirements are essential measures which should be taken by Serbian judicial and other bodies, and are not “bilateral issues”, as has been the explanation so far. Thus, the EU emphasizes the need for meaningful regional cooperation and good neighbourly relations in the prosecution of war crimes, which implies the avoidance of conflicts of jurisdiction and criminal prosecution without any discrimination. The EU’s position is that all problems within regional cooperation must be fully resolved before full EU membership can be accorded. The HLC deems that problems regarding the conflicts of jurisdiction and regional cooperation can be prevented only through a substantial improvement of the legal framework of regional cooperation, since the current level of cooperation is far below satisfactory, especially taking into consideration the number of unprocessed perpetrators, and the non-binding character of cooperation.

On the basis of its previous findings in the Progress Reports on Serbia in 2014 and 2015, as well as on the European Parliament’s Resolution on Serbia’s progress in 2015, the EU particularly insists on protecting victims’ rights and their access to justice without discrimination. The HLC stresses that the provision of and respect for victims’ rights in Serbia primarily means adopting a new law on civilian victims of war, which would be in accordance with international standards, and which would recognize all civilian victims of war living in Serbia and provide them with appropriate reparation. As a reminder, apart from the EU, lack of rights of civilian victims in Serbia was subject to criticism by the Commissioner for Human Rights of the Council of Europe and several UN committees, too.

Ignoring criticism by many international institutions, as well as by the local expert public, the Ministry of Labour, Employment, Veteran and Social Affairs published a new Draft Law on Civilian Victims in December 2014. The new Draft kept the same discriminatory provisions but also additionally downgraded the victims’ position. On the other hand, the Government Action Plan for Chapter 23 provides for a measure to harmonize the term “victim” with international human rights instruments. However, the competent institution for implementing this measure is the Ministry of Justice, which leaves the impression that the state institutions, apart from operating non-transparently, act in an uncoordinated manner, and also on their own. Finally, in earlier versions of the Action Plan, the above mentioned measure was planned for the first half of this year, while in the current version it has been moved to the beginning of 2017. hHence, there is still no information whether progress has been made in its implementation or not.

The HLC believes that it is extremely important that the issue of the attitude of the state towards the crimes of the 1990s, including its relationship to victims, are formulated as concrete criteria on which Serbia’s accession to the EU will depend, since more than twenty years after the armed conflicts, Serbian institutions have shown no interest in solving the problems in this field. At the same time, this is an opportunity for institutions’ representatives, who have declared their commitment to European integration, to complete this declaration with concrete and substantive steps to change their attitude towards the past, and towards the recognition and acceptance of the court-established facts, as well as preserving the memory of all victims.