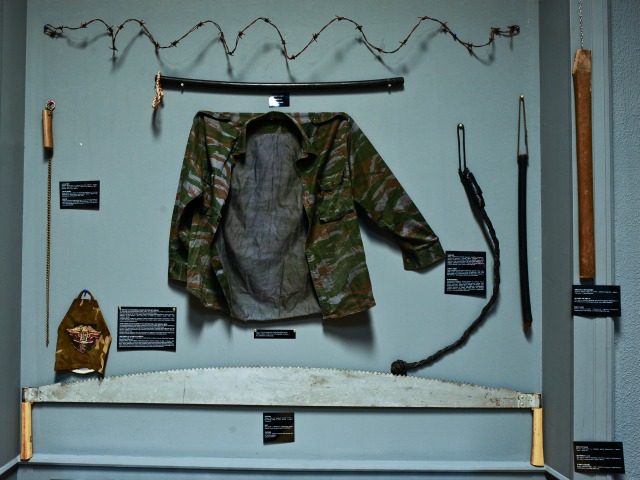 The Museum of Crimes Against Humanity and Genocide 1992-1995 has opened in Sarajevo, displaying the personal belongings of victims among exhibits exploring Bosnia’s wartime history.

The Museum of Crimes Against Humanity and Genocide 1992-1995 opened its doors this week in central Sarajevo, with displays of personal items exhumed from mass graves such as shirts, combs and watches as well as material from the archives of the International Criminal Tribunal for the Former Yugoslavia.

“There is no such museum in Bosnia and Herzegovina, a museum that includes all the facts from the period 1992-1995 in one place,” said Alija Gluhovic, a member of the museum’s organising committee.

As well as panels of information about the history of the conflict, the museum features a reconstruction of a prison cell.

It also screens films about the war, including ‘City Under Siege’ and ‘The End of Impunity – Sexual Violence before the Tribunal’ and ‘Through Their Eyes’, about victims and witnesses of crimes who overcame their fears to testify in court.

There is no consensus in Bosnia and Herzegovina in relation about what happened during war, especially regarding the Srebrenica massacres. But the displays are aimed at visitors to the country as well as local residents.

“Most of those who come to Bosnia and Herzegovina as tourists are interested in the 1990s. It is good that there is one place that will allow them to get more information,” said Gluhovic.

One tourist visiting the museum, Sebastian from Spain, said it showed the reality of the conflict.

“What we saw on the street did not coincide with what I had expected Bosnia to be. Only when I came here, to the museum, did I see what I expected,” he said.

Journalist and film-maker Avdo Huseinovic played a major role in gathering material for the museum, which he described as modest but important.

“I think it would be a disaster to wait to pass 50 years to do something like this. Then it would be possible to play politics with this part of history,” Huseinovic said.

The Museum of Crimes Against Humanity and Genocide 1992-1995 is at Ferhadija 17, Sarajevo, and is open every day from 9am-10pm.