Home Contact About
Home MY BRČKO DOES NOT GRANT WISHES 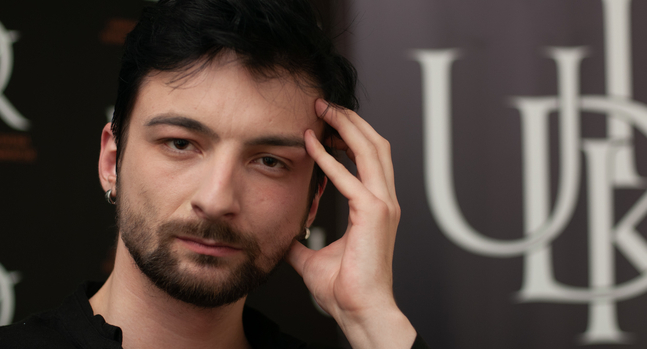 MY BRČKO DOES NOT GRANT WISHES

When it comes to the fame and prosperity of Brčko, we always think of Brčko the way it was at the beginning of 2000. Those that visited the Bosnian Posavina region in that period could see a city in which persons lived better and more comfortably as compared to the rest of Bosnia and Herzegovina. A region in which salaries were twice as high than in the other two entities.

Brčko is well-known for many things. It is the city in which the most famous Yugoslavian, Lepa Brena, grew up, but also the birth city of the Croatian singer Vesna Pisarović. For book lovers, it is the birth city of Bekim Sejranović. However, you probably know very little about facts such as that the border crossing is located in the middle of the city, that its city hall is older than the one in Sarajevo and that a large part of its population throughout history have been Muslims fleeing from Serbia and Sandžak. Muslims from Serbia came to the city after the establishment of the Principality of Serbia, and Muslims from Sandžak moved to the city after the massacre in Šahovići near Bijelo Polje (Montenegro). The refugees [1] were not fleeing to Bosnian Posavina because they liked it, but rather because their lives in their home countries became impossible. Their names were different. And names were crucial. The mosque Azizija in Brezovo Polje is a witness of their terrible fate. The sultan Abdulaziz built the mosque for the refugees. The only Ottoman Baroque place of worship in Bosnia and Herzegovina was given to them by the sultan [2] on the land [3] where they were to stay. The greatest benefactor [4] of this city was Ali-aga Kučukalić. He was born in Šabac. He built a primary Islamic school, maktab [5], a secondary Islamic school, madrasa [6], a lower secondary Islamic school [7] and a hotel. You probably also don’t know that when the District was established, the city adopted the motto ”My Brčko grants wishes”. If somebody asked me, I would not be able to explain what the motto means in practice.

In 1992, the city was subject to merciless ethnic cleansing of non-Serb population, just as other places in Bosnia and Herzegovina. If there had been no District and international supervision, today Brčko would be no different than Višegrad, Zvornik or Foča. It would be mono-ethnic. A monument to the Chetnik commander Dražo Mihajlović would probably proudly adorn the city. It is a city in which Serb soldiers such as the Serb Adolf and Goran Jelisić filmed their crimes during the war in Bosnia and Herzegovina. I still feel ashamed in front of family members of Husein Kršo and Hajrudin Muzurović, who were killed. The place of execution of these two inhabitants of Brčko still has not been marked. Politicians of all ethnic backgrounds of the largest city on the river Sava in Bosnia and Herzegovina turn a deaf ear to the marking of these places of crime. At the beginning of May 1992, Goran Jelisić, a man from Bijeljina, wearing a police uniform and holding a Scorpion gun with a silencer, chased the two civilians to the entry to the commercial centre and killed them there in their own city. Husein was 34 when he was killed, and Hajrudin was 40 years old. Again, it was about the name. A photo reporter from Belgrade, Bojan Stojanović, took a picture of it and received the World Press photo award for his photo. Given the fact that Goran Jelisić was the head of the detention camp Luka, the prisoners of the camp suffered from trauma related to police uniforms for years after the war. Whenever they would see a uniformed person, they would run to the other side of the road. They saw the Serb Adolf, as Jelisić was called, in all blue uniforms. The clothes of law keepers have become the mark of a killer.

That was not the only crime committed there. However, only that one was recorded. Pictures show the monstrous killings and violence committed against citizens of Brčko by Jelišić, Monika Simonović, Ranko Češić, Kosta Kostić and many others. Not only in the mentioned street, but also at detention camp such as Luka and Partizan. However, putting up a symbolic plaque in memory of the execution of two fellow citizens would send a strong global impulse. It would show that Brčko has not forgotten its citizens and that it treasures the memory of its inhabitants.

A large number of civilians were killed in Brčko during the war against Bosnia and Herzegovina. According to the records of the Missing Persons Institute of Bosnia and Herzegovina, 298 persons have been identified so far. Their sacrifice helped Brčko to become a district. For this reason, instead of building three monuments for three armies at war that are located in the vicinity of the street that we are talking about, and by putting up a plaque in memory of these persons, Brčko would demonstrate that it is ready to truly face the past. That it is time to stop viewing crimes through the prism of ethnicity. Thirty years have passed. It is time to do something about it. Maybe a plaque in memory of these victims is the best beginning of a better future. I also believe that this kind of memorialisation would be important for their families. It would be a plaque in memory a heroic victim and inhumane perpetrator. It does not cost much, but has a great symbolic value. Once this happens, I will be able to say that Brčko granted me a wish, too. That it honoured innocent victims that were killed. Everything else is a lie.

Edvin Kanka Ćudić (1988) is a Bosnian and Herzegovinian human rights activist, best known as the leader of the Association for Social Research and Communication, an organisation fighting for human rights and reconciliation in the former Yugoslavia.