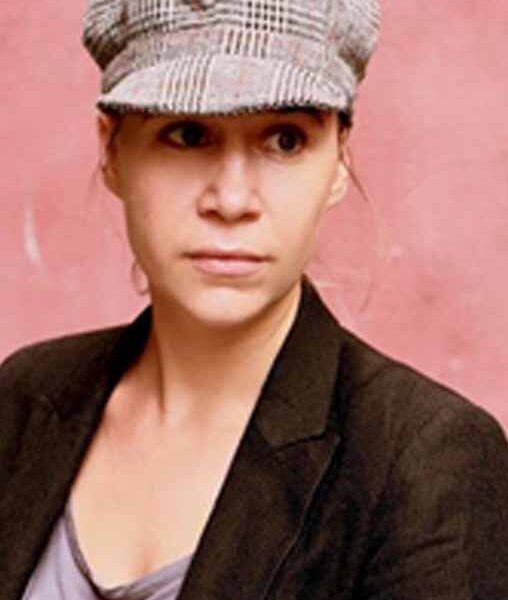 RESPONding to the Past must involve RESPONsibility Acceptance

Decades of research in the field of social psychology have provided systematic evidence that learning or knowing about human rights violations poses a threat to our self- and group- image. In order to protect this seemingly positive self/group perception, people refuse to admit that their own group might be responsible for the pain and suffering inflicted on members of other groups. To put it simply, a common reaction seems to be denial. People seem to be able to find ways to deny the facts of what has been done by their respective group members. In these denials – be they expressed as deliberate lies or sincere beliefs – any reconciliatory process is obstructed. Indeed, arguably it is these very same attitudes that have allowed the atrocities to be committed in the first place (Cohen, 2001). Indeed, our own research in the Balkan context shows that people in general are not ready or willing to come to terms with atrocities committed by their own group. Such an avoidance seems to be reinforced with various negative emotional states (e.g. anger, shame, guilt, and sadness) that can arise after realizing that the in-group has harmed others in illegitimate and immoral ways (Čehajić & Brown, 2010; Leach, Zeineddine, & Čehajić-Clancy, 2011). In addition to denials and other strategies  of moral disengagement, another common reaction is the perception that one’s own group has suffered the most (Nadler & Liviatan, 2004). Such convictions of victimhood are not only biased but tend to distort any objective information-processing, and as such obstruct conflict resolution and reconciliation processes (Bar-Tal, 2000).

The essence of the whole matter is, that successful and sustainable conflict resolution and consequently reconciliation may be difficult to achieve without the clear and public acceptance of responsibility (Gilbert, 2001; Lederach, 1997; Minow, 2001; Tutu, 1999). Until there is a recognition not only by group leaders but also by all other group members, of what their group has done in the past, there can be no real dialogue, and hence reconciliation will be impeded (Cohen, 2001). In addition to contributing to conflict resolution and reconciliation, offering acknowledgment of responsibility to those who have been victimized provides an opportunity for the restoration of intergroup trust and ultimately relationships (Dimitrijevic, 2006). Second, it has been observed that perpetrators and their groups will find it hard to heal the wounds created by their actions as long as they choose to deny or justify their behaviour (Ignatieff, 1994; Tutu, 1999). Justifications, despite serving some concrete purposes (e.g., identity protection), only reinforce the cycles of retaliation and rhetoric of blame. Through sincere acknowledgment, perpetrators and all other group members can rid themselves of the burden or, as Hannah Arendt (1987) put it, liberate themselves from the collective heritage. Third, acknowledgement and acceptance of responsibility by collectives entails the notion of ‘never again’ – the hope that the exposure of the past will prevent its future repetition. Through acknowledgment of responsibility and provision of punishment, the occurrence of future atrocities can be discouraged (Cohen, 2001). Finally, I would also suggest that acknowledgment and acceptance of responsibility in relation to one’s group’s actions form the initial psychological basis for those emotions, such as empathy (e.g., Branscombe & Doosje, 2004), which have been found to contribute to positive reconciliation-oriented processes (Čehajić-Clancy, Goldenberg, Gross & Halperin, 2016).

After the commission of grave and mass atrocities, particularly those entailing killings of innocent people, the question that arises is whether one can hold all members collectively and morally responsible for crimes committed in their name. Are those who haven’t done anything wrong, or those who haven’t yet been born even,  automatically responsible for crimes committed by other members of their group? Are they responsible even if they haven’t supported or tolerated the commission of those crimes? Although there is some consensus regarding the necessity of acknowledgment of collective responsibility for the restoration of post-conflict relations (e.g., Minow, 1998; Tutu, 1999), the question as to whether it is right to highlight the responsibility of all individuals who belong to the perpetrator group can still be debated. On the one hand, it could be argued that if ‘responsibility’ refers exclusively to specific individual conduct, the notion of ‘collective responsibility’ makes little sense. In this view, it would be inappropriate to blame people for something they neither did nor intended to do. Unlike with personal or individual responsibility, in the case of collective responsibility it is not possible to prove or show the causation link between each and every group member and the  crimes committed. On the other hand, some people have regarded collective responsibility as the moral duty to respond to the crimes committed in one’s name, and as a practical category which is a prerequisite for lasting reconciliation (Dimitrijevic, 2006). Even though I agree that acceptance of responsibility for the group’s past behaviour might indeed be an inappropriate expectation, acceptance of responsibility for the consequences and implications of the group’s behaviour could be a plausible ethical demand. The logical definition of this notion depends primarily on the nature of the crimes committed and on the character of group identity. Collective moral responsibility arises out of the fact that people share group membership in various groups that shape who these people are, and the fact that each person is at least to a certain degree implicated in what any member of the group does (May, 1992).  Particularly in situations where collective crimes have been committed, speaking about collective responsibility becomes even more plausible.

In conclusion, even when there is seemingly nothing that one can do to prevent an evil in the world, one has a responsibility to distance oneself from that evil, at the very least by not condoning it. Being morally or politically responsible is something that takes a lot of work; it is not merely a matter of conforming to a list of minimal rules. Moral responsibility is a heavy burden on all of us, one from which the members of a highly self-indulgent age might wish to flee. This tendency towards thoughtlessness and comfort seems to get worse when people are in groups or organizations such as those existing in the context of intergroup conflict. I believe that coming to terms with the past is a political and psychological imperative for any post-conflict society which strives towards a democratic future based on the rule of law and respect for human rights. Dealing with a past marked by collective atrocities and human rights violations through acceptance of collective moral responsibility is, in my view, a precondition for re-establishing a just and inclusive society based on truth, justice and reconciliation. This, however, should not imply that other social and political processes ,such as the establishment of truth and justice, are not as important as the acceptance of collective moral responsibility, for the establishment of  a reconciled and just society.

May, L. (1992). Sharing Responsibility. The University of Chicago Press.

The author received her PhD (“Responsibility and Denial: Antecedents of Acknowledgment, Collective Responsibility and Guilt”) in social psychology from the University of Sussex. Currently, she is an Associate Professor at The University ‘Sarajevo School of Science and Technology’, where she has established and directed the Balkan Institute for Conflict Resolution, Responsibility and Reconciliation. Currently she is conducting her research at Stanford University as a Fulbright Visiting Scholar on issues related to emotion regulation in conflict contexts.