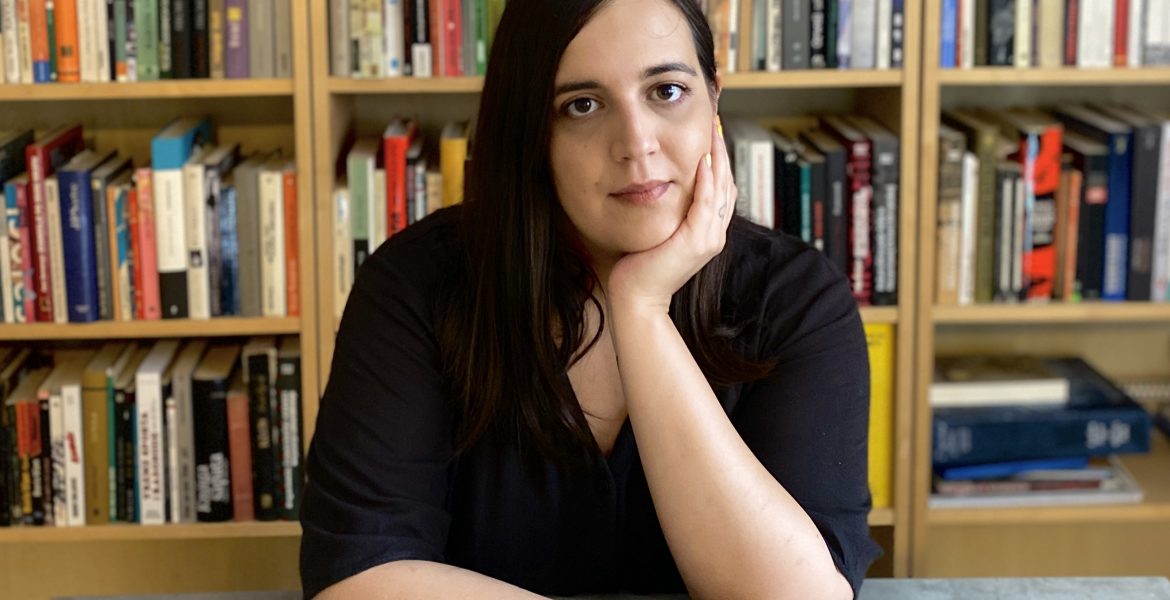 It’s thirty degrees in the shade, we add it up, and that’s exactly how many days separate us from the start of the school year. Until then, we spend the days mostly wasting time on the street. This time our collective silence as we stare at our flip-flops melting into the pavement is broken by the youngest of us. “Something new came from the front”, he says. “You’ll like it.” We follow him without question, all the way to the top floor of the building where this little savior of our day lives.

“My old man brought it from Knin”, he grins with satisfaction a moment later, as he holds before us, his instant audience, a kid-sized accordion. “It’s an original. But we can’t make too much noise because my folks might still be asleep,” he keeps trying to restrain the collective banging on the keys. We grab, we fight among each other who will get to hold it next. This goes on until someone notices that there is something written in bold black letters on the belt of the instrument. “Gordana”. We don’t get it. “Gordana”, says the little guy, repeating what someone older told him earlier. We still don’t get it. Neither who Gordana is, nor that war means expulsion, murder and pillaging. Usually not exactly in that order.

We understood it later, but we suppressed Gordana from our memories, whose stolen accordion we stretched around while she was probably already with her family in one of the refugee centers. Just like we suppressed that entire afternoon in the summer of 1995, when we, still naive children, thoughtlessly killed some time playing around with the loot of a Croatian soldier. In my case, all of it was suppressed until recently. It took Gordana, whom I knew nothing about apart from her love of music, 27 years to emerge from some well-barricaded corner of my subconscious. I was triggered by the news circulating regional media that morning: “Serbia is filing an indictment against Croatian pilots from Operation Storm. They are being accused of having ordered the bombing of a refugee column on Petrovačka road and also near Svodna, close to Bosanski Novi on August 7 and 8, 1995. There were 13 civilians killed, including six children, and 24 wounded were identified.”

The details of the indictment came the next day, with angry reactions of Croatian and Serbian political leaders. They are using the victims as fodder, throwing blame at each other. But that’s not surprising, we’ve heard so many of such stories. What’s surprising is the collective unconsciousness following the entire event. Just like it used to when we were children. While Serbia is suddenly seeking justice for refugee Serbs from Croatia who they begrudgingly greeted in their territory in 1995, and then forcefully drafted some of them and sent them back to war zones, on this side of the border there is general shock which quickly turns to doubt. Or to open denial among the more radical. “It’s the first I ever heard of this alleged attack on a column of refugees, which, I suppose, was moving out of Croatia”, writes an experienced journalist in one of the most read Croatian media. And if she doesn’t know, who does, I think to myself.

A different scenario simply wasn’t possible, because all domestic institutions did everything they could to leave this and many other crimes uninvestigated, and thus unspoken. Paradoxically, we can also come to the same conclusion based on the verdict which was recently reached by the highest-ranking among them, the Constitutional Court of the Republic of Croatia. This spring, its judges decided on the lawsuit filed by the daughter of Miloš Ćosić, a 72-year-old Serb who was murdered on August 6, 1995, in the village of Uzdolje near Knin. The majority of judges, led by Miroslav Šeparović, the former Minister of Justice in Franjo Tuđman’s government, ultimately concluded that the family members of the murdered man have no right to compensation. In addition to that, following a now familiar scenario, they were also punished by being ordered to pay over two thousand Euros in court fees.    However, it was a precedent at the same time, because with this decision, for the first time in the history of the Croatian judiciary, it was determined that the investigation of one of the crimes committed in Operation Storm was ineffective. “Not underestimating the undoubted complexity of the case, the Constitutional Court assesses that the clues given to the criminal prosecution authorities regarding the identification of the perpetrator were not thoroughly investigated, or rather, that the competent authorities did not put in sufficient efforts and did not do everything in their power to ensure the effectiveness of the investigation”, the judges concluded.

The verdict means an obligation for authorities to find a group of unidentified men who killed another six older civilians on the same day as Miloš Ćosić. And it came back like a boomerang to the Croatian institutions – because the available documentation from the Hague case files of Ante Gotovina, Mladen Markač and Ivan Čermak and rare other proceedings conducted before domestic courts, proves that the investigations of a large number of crimes committed on the territory of Croatia in 1995 was, to say the least, flawed. So, at best material evidence is left for months, sometimes years, at the crime scene. At worst, it is covered up and destroyed. Not even adequate investigations were carried out, and the victims were most often buried without autopsies and criminal charges filed, and their bodies were treated as if they had died in battle. If we count in the policy of the state leadership, which for years openly denied that the Croatian military and police forces were responsible for the murders of Serbian civilians, and the few, weak indictments, it is not surprising that almost all the perpetrators of these war crimes have gone unpunished to this day. Even though there were hundreds of victims who died during and following Operation Storm, according to available sources, those who have been legally convicted can literally be counted on the fingers of one hand.

One of them, a former member of the 118th Home Guard Regiment of the Croatian Army, Rajko Kričković, is still serving a ten-year prison sentence for the murder of three people in the village of Kijani near Gračac in August 1995. Another,  Božo Bačelić, has been enjoying his freedom for some time now. Bačelić, nicknamed Limun during the war, was sentenced in 2014 to seven years in prison for murdering, together with his subordinates, 76-year-old Nikola Damjanić, who had difficulty walking, and his 74-year-old wife, Milica. Following Bačelić’s orders, the three young soldiers then piled planks, tires, branches and fishing nets on top of the dead bodies and set them on fire. Because of the long-term court process, during which he was in custody on two occasions, and in the meantime welcomed as a hero, that former platoon commander of the Reconnaissance Company of the 113th Brigade of the Croatian Army, who was also awarded the highest state decorations immediately after Operation Storm, has already been released in the fall of 2016. Among those present at the party celebrating his release, in a restaurant on the Dalmatian coast, was Dario Kordić, who had previously been convicted by the Hague Tribunal for the war crime in Ahmići, where members of the Croatian Defense Council, under his command, killed more than a hundred civilians, including 32 women and 11 children.

While Kordić is now a regular guest of the Walk for Life event, which is held under the auspices of protecting “unborn children” (!!!), but actually with the aim of ending women’s right to decide about their own bodies, Bačelić visits veteran gatherings from Vukovar to Split. There is video footage of him taking part in the collective shouting of the Ustasha rallying cry “Za dom spremni” in the middle of Knin, without any sanction, two years ago, at the commemoration of the 25th anniversary of Operation Storm. The system that enabled them to do all this cannot be expected to suddenly care for the children from the refugee column that died in the summer of 1995, let alone for one (hopefully) survivor, named Gordana.

Tamara Opačić, born in 1986 in Zadar, she is a journalist for the Zagreb weekly Novosti and editor of the social magazine Nada. She is the co-author of the books “Aleksandra Zec” (2014) and “Production of the Other: Serbs in Croatian Newspapers” (2017). She received the “Marija Jurić Zagorka” award (2021) for writing and the “Vesna Kesić” award (2022) for investigative journalism.