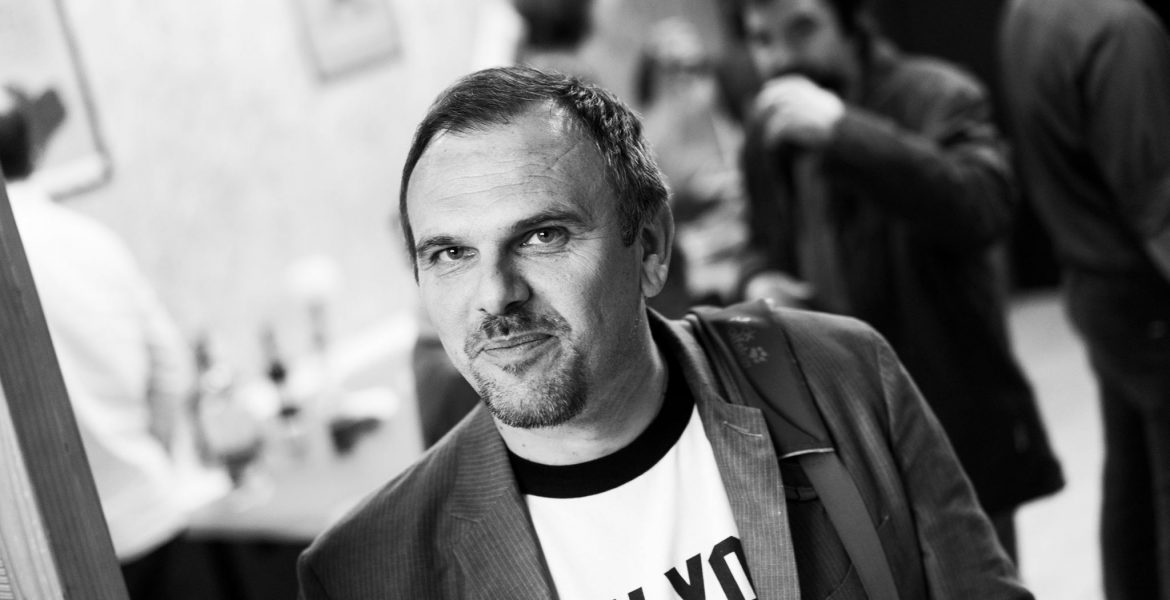 The generations of students currently enrolled in elementary and high schools in Serbia have never heard of places such as: Prijedor, Trnopolje, Omarska and Keraterm. They learned about the convicted war criminal Ratko Mladić through the Progressive party’s wall newspapers, that is, murals and graffiti that are overflowing in almost every city in Serbia, mobilizing patriotic forces to get involved in the defense of the legacy of a war “that never happened”. Some of them might have been informed about Slobodan Milošević and Mirjana Marković through the series Porodica, which presented a melodramatic story to the domestic audience about the love and tragedy of the Serbian ruling couple of the nineties. They prefer not to inquire about the rest of it, but as it is, it is possible that as early as next school year, eighth graders, who according to an unwritten rule have the right to travel all over the “Serbian world”, might visit the Bosnian city of Prijedor.

The Belgrade Museum of Genocide Victims has included this destination among extracurricular activities, pointing out that young generations must visit the Museum of Kozara in Prijedor, in order to establish a multidisciplinary approach to the memory culture. This would mean an “interdisciplinary linking of history, geography, literature and language, psychology, sociology, art, music, religion and civic education”. Such a proposal implies partial and limited education about the past, meaning only the part that concerns the Serbian victims in World War II, which is again connected to the current regional policy of President Aleksandar Vučić and his Serbian Progressive Party, and is based on deepening hatred through the massive exploitation of Jasenovac as a topic in all spheres of public discourse. This is why the official contemporary culture in Serbia today is anachronistic, escapist and regressive, and all above mentioned topics are shaped into a training field for educational manipulation. Students who complete such an educational system firmly believe that nothing particularly relevant happened during the 1990s, nor that they have any obligation to inform themselves about it. They also believe that their peers in the region know nothing about it, and that a common future can be built on such a consensus about the recent past.

In order to build this culture of lies, the government has invested a lot of effort and money. It first  eliminated alternative culture, or at least reduced it to the fringes of existence, established a complete monopoly on media, while delegating control of information broadcasting to the Regulatory body for electronic media (REM). So the possibility of pushing any topic related to the war in Bosnia and the Serbian responsibility for war crimes and the genocide in Srebrenica was reduced to a minimum. Such shows can only be watched via cable television and with only one provider (SBB), while national frequencies are assigned exclusively to regime media, among which is Happy TV, the number one channel when it comes to denying the war past and often mocking the victims. For example, in the show “Good Morning, Serbia”, which was broadcast in February 2021, the host Milomir Marić and the director Predrag Antonijević (Dara of Jasenovac) spoke about the system of concentration camps in Prijedor –  Keraterm, Trnopolje and Omarska – as war propaganda, concealing the fact that by the end of 1992 the municipality of Prijedor was almost completely purged of non-Serbian people and that more than 3,000 civilians were killed during those months.

The concentration camps that the Progressive Party sympathizers laugh at today were formed on May 24, 1992 by the Crisis Headquarters of the Serbian municipality of Prijedor, lead by Milomir Stakić. They were intended for the detention, torture, rape and killing of non-Serbs, men, women, and even children. The youngest rape victim was a twelve-year-old Bosniak girl. About 23,000 people passed through the Trnopolje camp alone during the war. It was impossible to escape the camp because there were machine gun nests placed around it. The situation in Omarska and Kerterm was far more brutal. Prisoners were often taken in groups and shot in locations outside of camp grounds. For Marić and Antonijević that was just a “preventative measure for establishing order” in that area, while in their interpretation the camps were open, so people could come and go as they pleased. But the focus of their mocking, similar to the obscenities that characterized the torture of prisoners in these camps, was on the photo of camp prisoner Fikret Alić, a prisoner from the pillaged Kozarac, who, among others, was filmed by journalists of the British television ITN in August 1992. The image of this tortured man behind a barbed wire fence, shirtless, appeared on the front page of Time on August 17 of the same year. The photograph was seen around the world, only to end up thirty years later in the hands of two multidisciplinary experts, who explained that it was simply “a man who was emaciated due to tuberculosis”, and that “war propagandists then fed him and took him around the circuses of Europe”.

This kind of relationship toward the war past, arrogant and cruel, is typical of the regime media in Serbia. Tabloid newspapers can freely say these things, because they know that there is an entire system behind them, and that nothing can happen to them, just like nothing happened after the complaint filed by Fikret Alić himself and the Association of Camp Prisoners Kozarac. REM considered this complaint, but in the end “decided to suspend the procedure, because no reason was found for the Council to punish the broadcaster”. Apart from “several untrue facts”, the representative of REM said on that occasion, “nothing else related to the show was problematic”. In fact, at this point, a deep paradox has been reached, because was indirectly acknowledged that the camps in Prijedor existed, but their “content” is being treated exclusively as part of the general Meaning, REM was clearly amused that Marić and Antonijević, as two experts in inter-disciplinary connection of the history of torture, the geography of crime and, by all accounts, media (un)culture, dehumanized and humiliated Alić, offering an answer to the long-standing question posed by Time on its front page: Must It Go On?

On that August day in 1992 the British journalists came at the invitation of Radovan Karadžić who wanted to boast about the treatment of prisoners in his camps. His deputy, Shakespeareologist Nikola Koljević, escorted them to Prijedor. Then they were entrusted to the lower ranking angels of hell, under whose watch they met with the prisoners, who were not allowed to say anything bad about their treatment there. “I don’t want to lie, but I can’t tell the truth”, is a well-known quote of one of the prisoners from Omarska. That is why the photograph of Fikret Alić remained a valuable testimony of the war days in Prijedor, and of the reality behind the barbed wire fence. Nothing can be learned about it in the Museum of Kozara. There are no memorial traces in the very places where the camps were located. Commemoration gatherings are prohibited. It is not allowed to celebrate the White Armband Day. The ArcelorMittal mine has existed for a while now in the place where the Omarska camp was located.

“Situated in the Ljubija metallogenic area”, this company boasts on its website, “at the site of Omarska, around 29 million tons of ore have been mined, 115 million tons of tailings have been removed and more than 21.5 million iron ore concentrates have been produced.” It could be said that in the diligent embrace of the authorities of Prijedor and the company ArcelorMittal, over the living memory of the prisoners in Omarska and their suffering, from the creation of the mine until today, more than 165 million tons of denial tailings were dumped, which are widely exploited by the political and cultural elites in Serbia and Republika Srpska. Every year, that load increases by about two million tons. For archaeologists in the future, the area of northwestern Bosnia will be a challenge equal to the research of the Gulag.

Saša Ilić, was born in Jagodina in 1972. He graduated at the Faculty of Philology in Belgrade. He published three volumes of stories: Premonition of Civil War (2000), Dušanovac. The Post Office (2015), The Hedgehog Hunt (2015) and three novels: The Berlin Window (2005), The Fall of Columbia (2010) and The Dog and the Contrabass (2019), for which he received the NIN Award. He is one of the initiators and was the editor of the literary addition Beton in the daily newspaper Danas from its founding in 2006 until October 2013. In December of the same year, he founded the Beton International paper with Alida Bremer, which is periodically published in German as an addition of Tageszeitung and Frankfurter Rundschau. He is one of the editors of the International Literary Festival POLIP in Pristina. He is a permanent collaborator of Peščanik. His prose has been translated in Albanian, French, Macedonian and German.