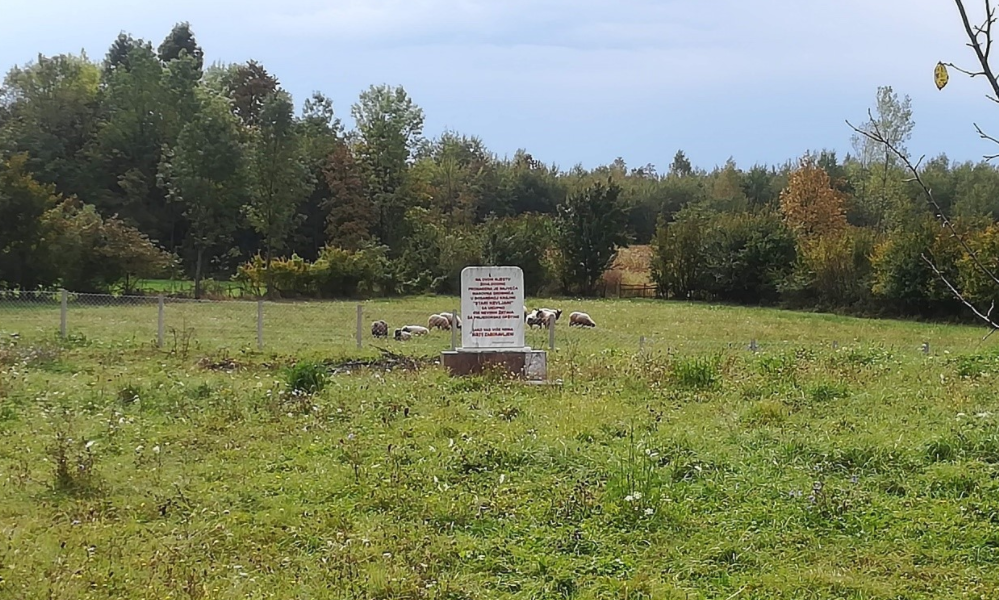 I was thinking for quite a while what might be the topic of my reflection, yet the Project on Peacebuilding 2020 within just one week of taking part has provoked so many issues I would like to briefly touch upon, as well as raised so many questions I didn’t manage or didn’t dare to ask at the time, regardless of the most welcoming environment and attitude of the other participants. It allowed me to confront my previous knowledge of the events that took place in the Prijedor region during the war in the nineties, with the aftermath that we are dealing with today.

Perhaps one thing that strikes me the most is the fact that this land is still full of untold stories. Half-deserted, yet breathtakingly beautiful idyllic rural landscapes literally deep under the surface preserves deeply hidden answers.

One should think that today parts of this milieu should be transformed into places of commemoration and contemplation, sending a very clear message that this space staged horrible acts in the past, mostly perpetrated against civilians whose only fault was coming from the „wrong/inaccurate” ethnic background which didn’t overlap with the so-called ideology of Great Serbia. Instead of plaques, monuments, or museums on-site, or at least in the vicinity of former concentration camps or where mass graves were revealed, we encountered tall grass. Probably the most shocking and outrageous instance of that collective oblivion that surrounds these places today is the one in Trnopolje on the site of a former concentration camp. When we got there we were to see a bizarre scene that probably illustrates this paradox best. Next to the neglected premises of the former camp, there was a guy mowing the grass on the small square on which stands the monument dedicated to the soldiers of the Serb Republic. One can hardly imagine a bigger disregard for the people that were detained in inhumane conditions, tortured and murdered. Unfortunately, the attempt to remove the most horrifying events from the recent history is not an isolated case in Bosnia- Herzegovina.

Different discourses, which for the sake of obtaining political power, are altering facts and manipulating course of historical events in order to adjust them to current political needs and thus literally conjuring up new narratives serving this purpose are not uncommon as we have seen while visiting the monument to the communist revolution at the Kozara mountain. However, bargaining with the concept of truth (which anyways remains relative) by politicians in reference to atrocities committed here in the nineties, when both living or deceased victims are involved, seems unimaginable. Palimpsest itself is a page of the manuscript, from a book or scroll, from which the initial text was removed, scraped, or washed off in order to allow its reuse for other purposes. Here I was confronted with totally different palimpsests, that serve certain ideology and how the Bosnian landscape, so to speak, notoriously fell prey to it. I saw how some of the sites that we were visiting are being „hijacked” by an unjust discourse that is symbolically ripping the victims and their beloved ones of dignity once again. I cannot think of all these lives that were shattered.