Home Contact About
Home Wе, during the War and beyond 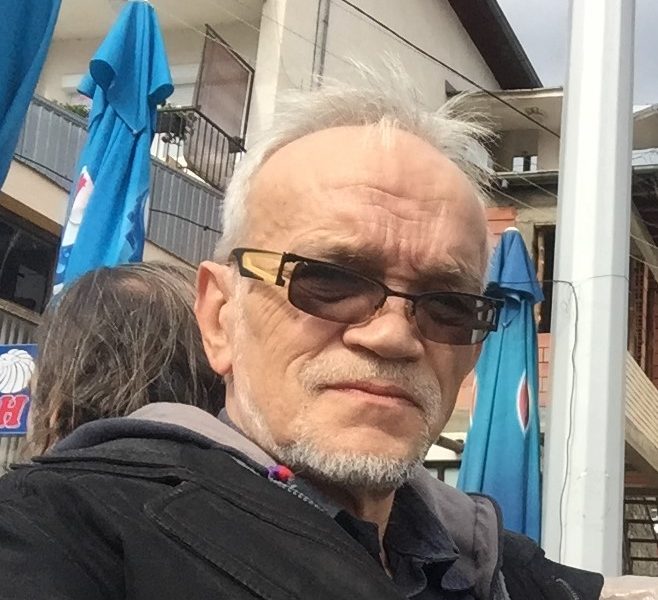 Wе, during the War and beyond

When world wars happen, like the current one in Ukraine, it reminds us, the inhabitants of the Balkan Peninsula, of our history and the misfortunes that every generation has had to endure for centuries. There are monuments all over the region, but there are also ruins that remind us every day of the hostilities that took place here. There is almost no family in the wider sense or the word, which has not had a family member who had died in the wars.

Although wars were often started for economic reasons, in our region, these wars between the people living next to each other, escalated into killings between loved ones, relatives, between people who were friends until yesterday, creating great hatred that had afterwards lasted for decades. There are families who still do not know where their loved ones, who still have not been found, had died. Such family histories in the context of wars then grow into either family myths, or family taboos. Later, these myths fuel the local value system to tolerate wars, demolition, and inflicting pain on the one who was been labelled as the enemy.

Due to their impact on the overall life, they caused frequent so-called redefinitions of the value system. The dramatic change in the daily lives of residents, the change in their daily routines and the promotion of ideas that are often inspired by nationalist movements in response to others who have also behaved in a similar manner, cause radicalization in almost all participants. In those circumstances, various leaders emerge who articulate the needs of their inhabitants. But, the astonishing fact is that actually the vast majority of the population did not feel the need to kill and demolish. The ideology that motivates the population probably promotes the directions and needs, which through various media are depicted as if they were the needs of the inhabitants themselves. The defence of the other, or the struggle for higher values, are usually woven into the fabric of almost all pre-war ideologies. Thus, in defence of their population, the leaders lead their ethnic groups in blaming others and in this way, the inhabitants enable them to lead autocratically until they achieve domination, which ends in dictatorship. Such a dictatorship, in order to last longer, produces both external and internal enemies. Then, it is normal for the enemy to cause negative feelings, which experience their own catharsis in “taking something”.

But, what happens with the normal, ordinary human, with the one who neither needed nor wanted, nor provoked the war. What is going on in their head? What is their behaviour in the war? How do they feel?
The wars that are taking place seem to be dominated by two basic feelings of great intensity and a specific state of cognition. These are FEAR and ANGER. The development of these feelings occurs gradually. Before the start of the war itself, the propaganda machinery is aimed at causing frustration, then anger that escalates into rage and hatred. It is interesting that the propaganda machines that are controlled by the elites cause a specific way of perception and conclusions that contain many illusions and prejudices. They also produce a sense of omnipotence and invulnerability. The elites that provoke war for their own reasons have the illusion (rightly so) that any war will not affect them. Because war is synonymous with pain and death, which cause fear and nausea for every sane person, it is not easy for the population to want war. When ordinary people have hatred and anger towards the “others”, gradually through the influence of society and the media, according to the needs of the elites, they receive information or “facts” that the “enemy” will take what is theirs, that they will take away their everyday lives and endanger the safety of their loved ones.

This means that all this causes fear in the moments of exposure. In the long run it leads to an increase in anxiety and restlessness among residents. People do not want to feel fear, they always tend to overcome fear. The most common way to overcome fear is to negate or suppress this feeling. These are dysfunctional ways of dealing with fear. Also, most people, when they feel fear and when they cannot ignore it, replace it with another feeling. For example, when someone is scared, (s)he gets more and more angry. Or, when someone is afraid, (s)he manifests uncritical joy and moods that have features of euphoria. This method is dysfunctional, but it is almost unconscious.

In children, fear is overcome when they understand something, when they feel protected and when they have a feeling of love and belonging around them. Therefore, the stories that adults tell them in a safe atmosphere, imagination and contact allow them to reduce their fear to a level where it no longer inhibits them. In connection with the fear in childhood, various symbols can be developed, such as various witches, monsters, good fairies and wizards, which either encourage or reduce the sense of fear. It is similar in adults. But, instead of fairy tales and stories, there are different texts, fake news and propaganda. The symbols are sublimated into characters that represent evil and characters that represent good. Guess who is the worst character in the world right now? For the period 1940–1945 we have a consensus who was the main evil character (or characters).

Adults (but also most of the children), tend to avoid what causes them fear, they tend to defend themselves, and as the ultimate defence they tend to destroy what causes them fear. Thus, like a rocking chair, the rise of fear causes a general emotional mobilization that results in hatred towards the source of fear, which leads to the rise of anger followed by rage and fury. And so, most often, fear (if not completely inhibited) is replaced by anger. At a group level, the frightened tend to group together, to unite to feel a sense of belonging, and in those circumstances to feel less fearful. At a group level, much faster and without much logic and fact-checking, hatred for what scares the group easily boils over, which further escalates into anger and the need to eliminate the source of fear. That is why, when wars start, they say that the truth suffers first. Understandably, the truth relies on facts and logic, and war is intensely dominated by both feelings of fear and anger. This dominance of such feelings and the specific way of selecting information and facts that are supported by illusions and prejudices, causes a specific way of cognition and thinking in most people. This through the reference framework of transactional analysis as a theory of personality is called contamination. A common diagnosis identified in people affected by war is post-traumatic stress disorder. It is one of the diagnoses that the participants and those affected by war contribute to “reviving” the war, again and again, even though it is a thing of the past. This affects their quality of life in the long run. Opinions, feelings and social life are affected.

As an illustration, I was reminded of an interview I had for the weekly newspaper “Fokus” in 2001, after the military conflict in our country. It was a situation in which our fellow citizens, motivated by different ideologies, entered into a military conflict. There were also dead and wounded people and destroyed homes. Both sides in the conflict thought they had the right to engage in hostilities, and both sides supported their fighters and their losses. On one side we had the official state, and on the other people belonging to one ethnic community. But, as all wars end, this so-called military conflict ended with an agreement. Fortunately for all participants. But, there was also an amnesty that came months after the conflict. Then, I criticized it, and I am not saying that that there should be no amnesty, but that it was too fast and in one population of people this interrupted the natural process, inherent in humans, to be able to regret their losses. This people going through this process, which has seven phases that usually last a year, were faced with the amnesty halfway through the repentance. When remorse is terminated it tends to regress and return to its initial stages. The initial stages of any regret are negation and anger. Thus, a large part of the population, with the state intervention were trapped in these first two phases. They could not regret their losses in their natural course. Because of that, I then gave the text the title “Captives of Hate”.

After all, war is not just death and destruction. It is a socially intense phenomenon that, even after its completion, is felt by the affected people for a long time. Also, if the war affected a global part of the population, it could be a reason to redefine existing values, to lead to the personal alienation of people seen through the key indicator – i.e. the decrease in empathy. Unfortunately, today, the war in Ukraine that has affected millions of people will probably not be the last. It will affect millions of people who will change personally. This will affect those who, despite not being participants, are nevertheless witnesses, and will cause a specific way of knowledge and growth of the two strong emotions of fear and anger.

Stanislav Petkovski-Sašo from Skopje is a specialist in clinical psychology, CTA transactional analyst and family system therapist. He is the founder and head of the psychological counseling center “Modus Center”. One of the founders and president of the Association for Transactional Analysis of Macedonia and a member of the European (EATA) and the World Association (ITAA) for Transactional Analysis. For 20 years, he has been leading group seminars in which participants can learn and improve communication skills.